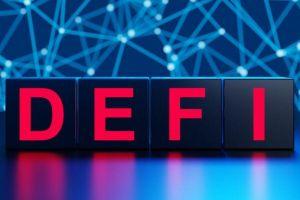 Yearn Finance (YFI)’s recently launched yield-farming with Treasury assets is making “significant amounts” in revenue and is expected to bring forth “an increasing amount” going forward, the yield-aggregator protocol said in its Q1 report.

The team reported USD 6.016m in total revenue, USD 12.48m in net loss, as well as USD 4.8m in adjusted EBITDA (Earnings Before Interest, Taxes, Depreciation, and Amortization) last quarter, with USD 3.1m generated in March alone (nearly as much as the five months of the fiscal year 2020). These results have not been audited by a professional accounting firm.

Launched in early 2020, the YFI token governing the protocol was distributed in July, and yVaults soon followed as Yearn’s core business, enabling users to deposit capital into smart contracts and the “specialized yield farming experts” known as Strategists to automatically earn yield on behalf of the depositors.

Vaults are a way to make funds, locked away in tokens. Vaults allow users to hold a token while simultaneously growing the value of their holdings. By depositing a token they are holding into the vault, users can earn income because Yearn Finance borrows stablecoins against their deposits. The liquidity providers receive a token, which represents their participation in the pool.

“yVault revenue was the key driver of adjusted EBITDA, however, we anticipate Treasury yield-farming to contribute an increasing amount of revenue in the future,” said the report.

While yVault revenue was the primary driver of Q1 adjusted EBITDA for the quarter, in late February Yearn started yield-farming with Treasury assets, which is “generating significant amounts of revenue […] earning approximately USD 500,000 per month.

Cash flows from Treasury yield-farming are expected to continue, while based on the run-rate for the data as of March 31, Yearn yield-farming is estimated to earn USD 5.5m per year.

Other key financial drivers include non-cash expenses (contributor vesting) and non-recurring items (airdrops, donations, one-time unforeseen losses, and capital gains/losses). Also, the yYFI vault saw a large increase in revenue for March as depositors were encouraged to migrate to the v2 vault.

Yearn surpassed USD 2bn in Total Value Locked in Q1, and USD 3bn as of April 15.

According to an analyst at crypto research firm Messari and a participant in Yearn governance forums, Ryan Watkins, the key highlight is the new dashboard that shows Yearn’s vault revenues in real-time – with April’s revenues annualized putting Yearn Finance at more than USD 50m in revenue, and more than USD 60m if treasury farming activities are added while assuming they have been constant since March.

“All organic. No token incentives,” commented Watkins, arguing that this makes Yearn the second highest-earning protocol in DeFi behind MakerDAO (MKR).

Will also note that this puts Yearn at the second highest earning protocol in DeFi behind MakerDAO adjusted for token incentives.

Check it out the real-time numbers here. https://t.co/4udTSCopUM

At 09:28 UTC, YFI trades at USD 45,528 and is up by 7% in a day, trimming its weekly losses to almost 3%. The price is up by 39% in a month.
____
Learn more:
– DeFi Unlocked: How to Earn Crypto Investment Income on yearn.finance
– How Bitcoin and DeFi are Completely Different Phenomena
– DeFi ‘Genie Is Out’ and Is Set For Growth in 2021
– ‘DeFi Will Eat JPMorgan’ But There Are Risks Before That Meal
– Yield Farming-boosted DeFi Set For New Fields With Old Challenges in 2021
– If Traditional Finance Moves to CBDCs, 2 Scenarios Open for DeFi – INDX CEO
– DeFi Industry Ponders Strategy as Regulators Begin to Circle
– Crypto Security in 2021: More Threats Against DeFi and Individual Users
– Top 4 Risks DeFi Investors Face