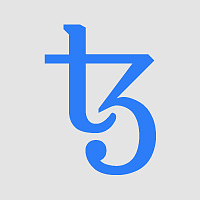 Tezos Price Analysis: Thrust is a must

Tezos price has exploded to the upside today on the highest daily volume since February 13, and it is clearing the topside trendline that halted the February rally. Today’s rally has taken XTZ within 4% of the 1.382 Fibonacci extension of the February bear market.

Chainlink price trended sideways for more than a month and on below-average volume every day, but one. The price action in mid-February, early March, and now point to $32.00 being a psychologically important level. If the level is overcome, the altcoin should rally more than 30% in the coming days.

XRP price seeing light at the end of the tunnel

XRP price has been a wildcard ever since the Securities and Exchange Commission (SEC) filed a lawsuit against two Ripple executives in late 2020. The price bias has been higher after the December crash, and volatility has been pronounced, but the weekly close above $0.60 last week was a statement to the legal bears.