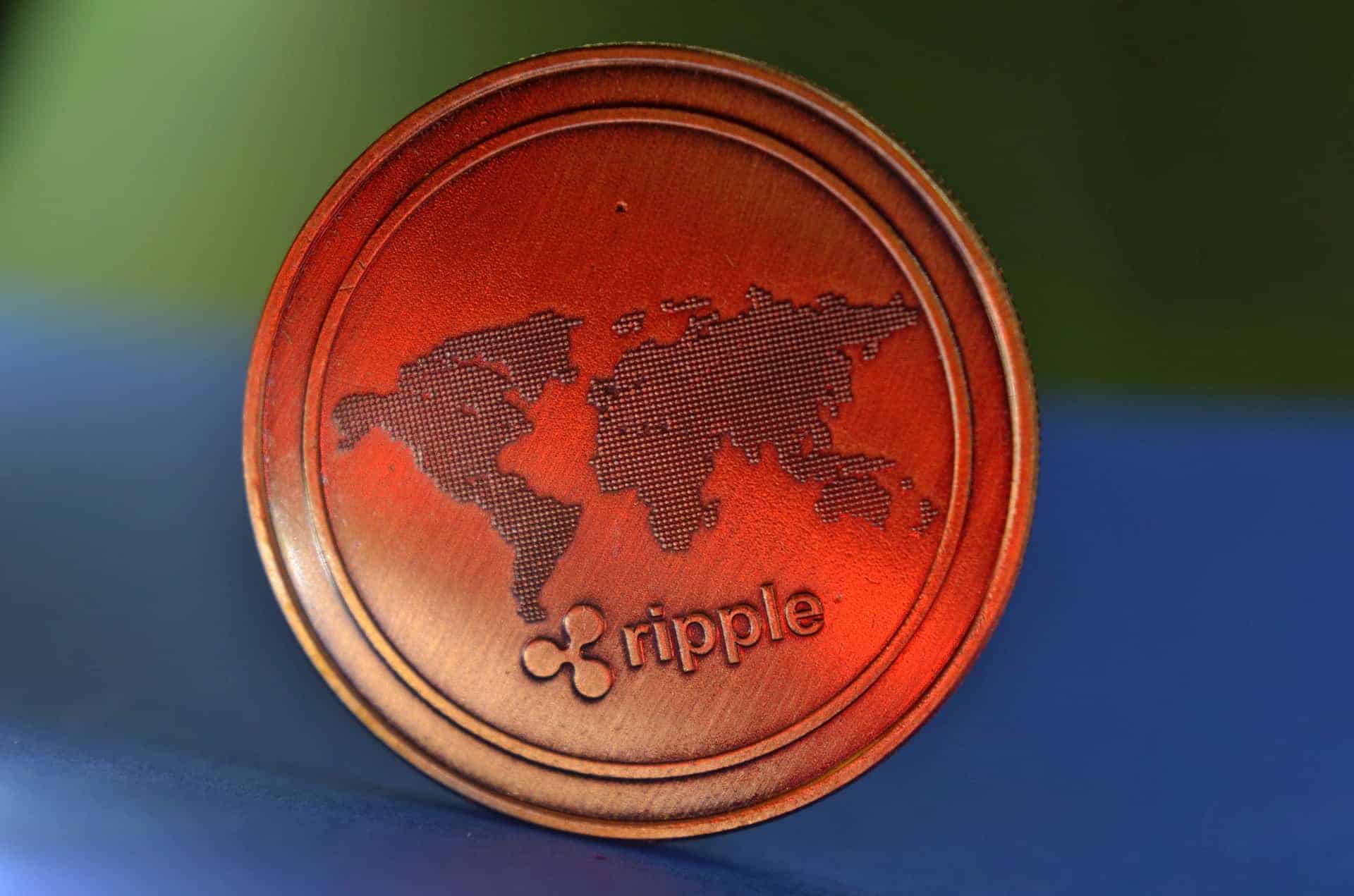 XRP — the native cryptocurrency of the XRP Ledger created by Ripple Labs — surged more than 40% over the weekend, rising from US$1 to a high of US$1.47, its highest level in three years. XRP is trading at US$1.35 as of publishing time.

The XRP price surge follows yet another court ruling in Ripple’s favor — the second in the same week — as part of the discovery phase in the U.S. Securities and Exchange Commission’s lawsuit against Ripple. XRP, which had been the seventh most popular cryptocurrency only a week ago, is now the fourth largest cryptocurrency in the world by market value.

“The SEC’s requests for the Individual Defendants’ personal financial records, apart from those records of XRP transactions that are already promised, are not relevant or proportional to the needs of the case,” Netburn said, in her ruling.

Last December, the SEC filed a lawsuit against Ripple, alleging that its sale of XRP was an unregistered securities offering worth over US$1.38 billion. The SEC also named Ripple’s executive chairman Chris Larsen and CEO Brad Garlinghouse as co-defendants for allegedly aiding and abetting Ripple’s violations and making US$600 million in personal profits from their unregistered sales of XRP.

In a letter to the judge in March, defense lawyers for Garlinghouse and Larsen had argued that “the SEC’s multi-front attempt to troll through the Individual Defendant’s personal financial information in a non-fraud litigation, where the Defendants have already agreed to produce the relevant information regarding the challenged transactions, is a wholly inappropriate overreach.”

In her 10-page ruling, Judge Netburn noted that the “case is in its beginning stages, and the SEC’s rush to serve requests and subpoenas seeking duplicative information of records already promised is premature at best.”

“The Court is not convinced that the personal banking records would show (or even could show) what the SEC claims they would — individual violations of Section 5,” the judge wrote.

Under Section 5 of the Securities Act, all offers and sales of securities must be registered with the SEC. Section 5 also regulates the timeline and distribution for issuers who offer securities for sale — the determination of which could go to the core of the SEC’s case and Ripple’s defense.

The SEC v. Ripple lawsuit: why it matters

The SEC’s lawsuit against Ripple is being closely watched by the XRP community and the cryptocurrency industry around the world given not only the potential impact on XRP investors but also the legal precedent it could set for other cryptocurrencies.

Following the SEC’s enforcement action, many cryptocurrency exchanges in the U.S. — including Coinbase and Kraken — suspended trading of XRP, and the price of XRP plummeted by more than 60%. But XRP prices have since recovered from that fall — the price of XRP is currently more than five times what it was in December after the SEC launched its lawsuit.

At the heart of the lawsuit is whether transactions involving XRP constitute “investment contracts” and therefore securities subject to registration under Section 5 of the Securities Act of 1933.

Ripple contends that XRP — like Bitcoin and Ether — is not a security, and the SEC had failed to provide Ripple and the market with fair notice that it was a violation of securities laws to engage in XRP transactions.

The SEC, on the other hand, is arguing that XRP is different from Bitcoin and Ether, and that they are irrelevant to the Ripple lawsuit. According to the transcript of a separate hearing before Judge Netburn on Apr. 8, SEC lawyer Dugan Bliss said: “there was never a central promoter profiting from an ongoing offering of Bitcoin or Ether. So, XRP is nothing like those other digital assets.”

But Netburn disagreed with the SEC’s reasoning.

“If you are saying to me, Judge, they shouldn’t get documents related to Bitcoin and Ether because those are just totally different assets, they have nothing to do with XRP; if I am to make a discovery ruling on that conclusion, wouldn’t I just be deciding the case?” Netburn wrote.

It is clear that the impact of this lawsuit on its many stakeholders — from Ripple and the company executives sued, to XRP investors and the crypto industry at large — is weighing on the judge. “I recognize that this is high-stakes litigation and that people are quite invested in the outcome of the issues, including the individual defendants who face serious individual liability,” Netburn said.

Jeremy Hogan, a partner at law firm Hogan & Hogan, predicted in a tweet: “I recently suggested that the Court would not grant Ripple’s motion for discovery if it intended to dismiss the Fair Notice defense.  Inversely, I think Brad/Chris can take this as a good sign as to their Motions to Dismiss the lawsuits against them.”

The SEC lawsuit, which was filed on Dec. 22 just before former SEC Chairman Jay Clayton’s last day in office, has been regarded by some as a parting shot at the crypto industry from the outgoing Trump administration. Ripple and industry watchers are hoping that Gary Gensler, President Joe Biden’s nominee for SEC chairman, will bring resolution to the lawsuit and regulatory clarity for the industry after he is confirmed by the Senate.

Last week, XRP advocate Thomas Hodge launched a petition to ask Gensler to “as soon as is confirmed as Chairman of the SEC, to take a close look at the SEC’s allegations against Ripple Labs, its co-founders, and the harm the SEC’s actions have already — and needlessly — caused to holders of the digital currency XRP.” More than 4,700 people have signed the online petition so far.

Separately, XRP holders are seeking to intervene in the SEC’s lawsuit as a third party to protect their interests.

Attorney John Deaton, the managing partner at Deaton Law Firm who is representing 11,000 XRP holders in their bid to intervene in the SEC’s lawsuit, said in a tweet today: “I hope to be proven wrong but as I’ve said before I do not believe that @coinbase @krakenfx @binance etc. are going to re-list or un-suspend #XRP until the @SEC_Enforcement comes out and issues a no-action declaration or we get clarity from the SDNY Court.”

“I will be thrilled to be wrong if one of the exchanges that delisted or suspended #XRP found the courage to begin trading it again,” Deaton added. “But, our fight is in the SDNY Court. I just wish the other Cryptos realized that @Ripple and #XRPHolders are fighting for all.”

Despite its legal troubles in the U.S., Ripple continues to enjoy strong support in parts of Asia, including Japan, and has been pushing ahead with other plans to expand its payments business, including the new and growing area of serving central bank digital currencies. Last month, the company also announced its plan to acquire a 40% stake in Asian cross-border payments specialist Tranglo as part of the expansion of its global payments network RippleNet’s on-demand liquidity.

Beyond payments, XRP is now also extending more into decentralized finance (DeFi). Beijing and Austin-based blockchain platform Wanchain announced this past weekend that it was integrating XRP into its network of decentralized blockchains, allowing for XRP holders to use XRP for liquidity mining and yield farming on its platform.