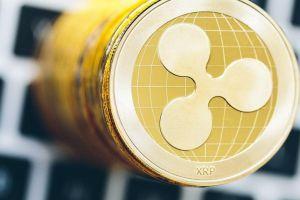 Ripple’s bosses have scored another legal victory in their already protracted struggle with the American regulatory Securities and Exchange Commission (SEC) – after a ruling magistrate judge upheld a bid to respect the privacy of the personal financial records of CEO Brad Garlinghouse and Executive Chairman Chris Larsen. And the (relatively) positive news has given the market a firm boost upwards, increasing interest in this token even more.

Larsen and Garlinghouse had claimed that the regulator was demanding to know how much they “spent on groceries” over the course of the past eight years – details they claimed were irrelevant to the case, which is centering on the SEC’s accusation that the Ripple-affiliated XRP token is an unregistered security.

Lawyers for the executives stated that the SEC was attempting a “massive overreach” with its efforts to make the records public.

Per an official court Southern District Court of New York document, the magistrate judge, Sarah Netburn, ruled that the court had determined that the SEC’s requests for Larsen and Garlinghouse’s personal financial records, “apart from those records of XRP transactions that are already promised, are not relevant or proportional to the needs of the case.”

The SEC has accused the duo of a violation of Section 5 of the Securities Act of 1933, which outlines that securities may not be “offered, sold or delivered” without obtaining prior registration or exemption status from the regulator.

Netburn wrote that the court had not been “convinced that the personal banking records would show (or even could show) what the SEC claims they would,” namely “individual violations of Section 5.”

XRP supporters will see the latest development as a vindication, but some observers claim that a Ripple knockout is unlikely – and that a stalemate is a more likely outcome.

As previously reported, a legal expert estimates that Ripple has the resources and willpower to fight the SEC all the way to the appeals courts if the need arises while a “negotiated settlement” was the most likely outcome. This would allow the SEC to save face and let Ripple do likewise, albeit at a financial cost.

And there are signs that the token is gaining momentum outside the usual circle of XRP evangelists – with a 650% rise in Google queries from users asking: “Why is XRP going up?” per Google Trends data.

The search engine’s data also shows that XRP-related searches began outperforming ethereum (ETH)-related searches on April 10, and have remained marginally higher over the past two days so far.

The country with the highest rise in XRP searches was Japan, where the token has traditionally enjoyed a great deal of popularity, due in part to Ripple’s close ties with SBI, a Japanese securities and crypto giant.
___
Learn more:
– Settlement Is Most Likely Outcome in Ripple vs. SEC Case – Attorney
– XRP Deemed a Security Wouldn’t Harm Ripple, but Might Hurt US – CEO
– Garlinghouse Backtracks on BTC as Ripple Gains Ground on SEC & XRP Soars
– Brad Garlinghouse: SEC Lawsuit Against Ripple Is ‘Against Crypto At Large’
– Ripple Goes For M&A in Asia Amid Legal Battle In US
– Unconfirmed Report From Court Hearing May Have Sparked XRP Rally
– SEC Lists 3 Reasons for Seeking Ripple Execs’ Financial Info on XRP Deals
– SEC Hits out at Ripple’s ‘Lack of Due Process’ in Letter to Judge
– Fact-checking Ripple’s Claim that ‘Many G20 Gov’ts’ Call XRP a ‘Currency’

Ethereumfair embarks on a crusade to save PoW consensus, here’s how – Coin-News24.com

NEAR Protocol’s [NEAR] key divergence calls for investors’ caution – Coin-News24.com

The Graph: A look at Q4 2022 performance and current state of GRT