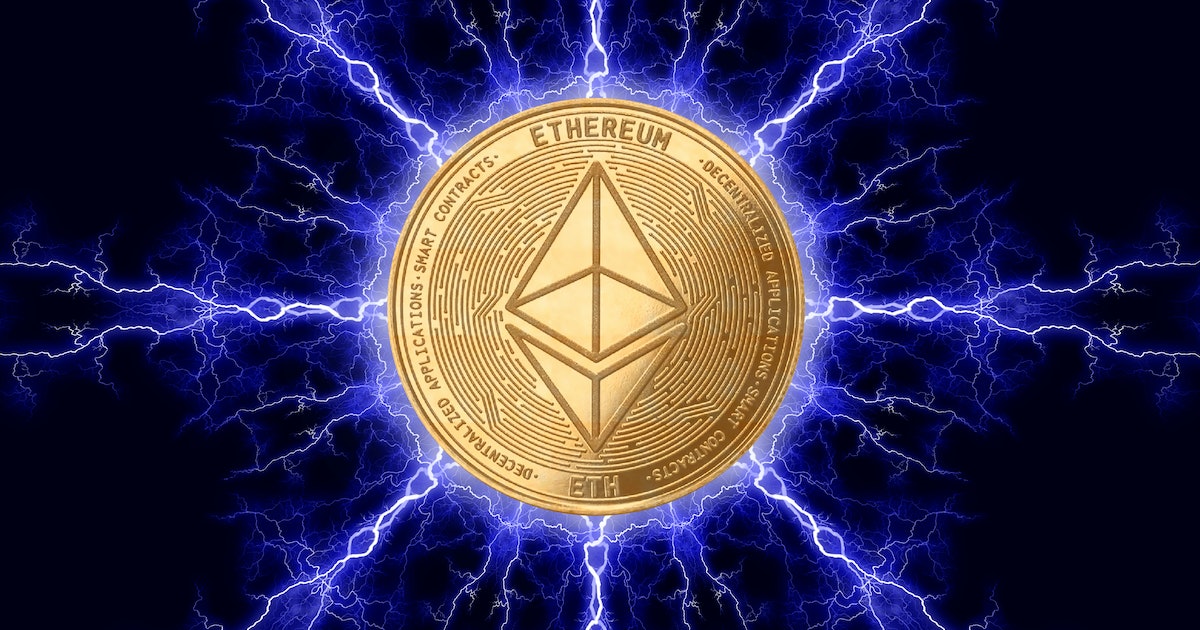 Over the last few years, Bitcoin, the golden child of the cryptosphere, has seen wide popularity and acceptance as a store of value, while Ether – the native cryptocurrency of the Ethereum blockchain – has held steady in second place.

But with a majority of the top Decentralized Finance (DeFi) protocols, dApps (decentralized applications), and Non-Fungible Tokens (NFTs) — don’t worry, I’ll explain all of these terms below — currently operating on the Ethereum blockchain, the price of Ether is now appreciating faster than Bitcoin. In fact, following 260 percent gains on the year (compared to an 87 percent rise with Bitcoin) and more than 15 percent gains this week, the coin hit an all-time high of just over $2,740 at the time of writing.

Ether’s skyrocketing value, paired with growing attention from major institutions like Mastercard, JPMorgan, and UBS, excitement building for “Ethereum 2.0,” and the full migration to a proof-of-stake (PoS) consensus mechanism (more on that below, too), the coin looks well-positioned for further gains. This begs the question: Will Ethereum overtake Bitcoin?

CRYPTO-SAVVY is an occasional series from Inverse that explains the world of cryptocurrency and where it’s going next.

Before we dive into Ethereum’s attributes, let’s examine one of the most significant differences between Bitcoin and Ether: their consensus mechanisms.

As many readers will likely know, a central component of blockchain technology is the distributed ledger, which contains a record of all previous transactions, stored across a network of computers around the world. Necessary to the operation of the distributed ledger is ensuring the entire network agrees with the contents of the ledger, and this is the job of the consensus mechanism.

Although Ether is currently in the process of migrating to a different consensus mechanism, the top two cryptocurrencies currently operate on a proof-of-work (PoW) consensus. With PoW, the probability of mining a block is determined by how much computational work is done by the miner, with a reward given to the first miner to solve the cryptographic puzzle of each block.

Since network miners compete with one another using computational power, mining communities tend to become more centralized over time. This aspect is worrying to some, as control of blockchain networks is moving from the larger community to fewer and fewer hands. This decreases the blockchain’s security and is also quite contrary to the decentralized philosophy of cryptocurrencies themselves.

Wary of the downsides of PoW and facing increasing pressure to reduce the energy consumption of the underlying protocol, developers on the Ethereum blockchain are in the midst of an ambitious move to a consensus mechanism called proof-of-stake (PoS). Dubbed Ethereum 2.0, the shift is intended to increase the blockchain’s speed, efficiency, and scalability while subsequently offering a more environmentally friendly validation process.

The pieces are coming together, albeit slowly. Phase 0 of Ethereum 2.0, called “Serenity,” launched December 1, 2020. And April 15 of this year, the so-called “Berlin” upgrade was successfully implemented. While there is no set date for the completion of the transition to PoS (to the frustration of many), last month, Ethereum founder Vitalik Buterin published a blog post detailing how the network’s transition could be executed quicker than developers had initially planned — potentially good news following months of delays attributed to mismanagement and bugs.

According to Charles Hoskinson, founder of the cryptocurrency Cardano, the main advantage of Ethereum 2.0 is that the network won’t have “gargantuan overhead and energy expenditure” (for deciding who gets to make a block), so protocols will be “much lighter and massively more energy efficient.” These are, it goes without saying, all features that only add to Ethereum’s appeal to investors and traders alike — once the transition is finally completed.

As a digital currency, Bitcoin is designed with a more limited range of use cases – being the asset of choice for investors looking for a store of value investment. Ethereum, by contrast, is not just a cryptocurrency. It is a network that supports smart contracts: programs running on the blockchain that can execute automatically when certain conditions are met. In connection, Ethereum also hosts Decentralized Finance (DeFi) projects. Smart contracts enable developers to create more advanced functionality than simply sending and receiving cryptocurrency; these programs are what we call decentralized apps, dApps.

There are DeFi dApps that permit the creation of stablecoins (cryptocurrencies whose value is pegged to the U.S. dollar), lend out money to earn interest on coins, and implement automated, advanced investment strategies. One especially fun and unique example of a dApps that runs on the Ethereum blockchain is Crypto Kitties, where users collect, breed, and sell digital cats. This all means there is a lot of money flowing into Ethereum: at least $41 billion (and counting) is currently locked in DeFi projects on the blockchain, compared to just $4 Billion eight months ago. These distinct and advanced features highlight the growth and innovation associated with the Ethereum blockchain, and are part of the reason why some people in the cryptosphere are getting increasingly more excited about the potential that Ether can offer.

Bitcoin, Ethereum, or… both?

As noted, there’s a lot of excitement around Ethereum — remember, Ether just hit all-time-highs! But until the aforementioned Ethereum 2.0 is a known quantity, there remain doubts about its ability to meet the already significant need for bandwidth to support transactions. And while the launch of this improved Ethereum network is a testament to the strength of the project – it also represents change, and, in turn, risk.

When it comes to price, all things considered, it’s very possible that Ether will continue to outperform Bitcoin in 2021. Even as Ethereum has not yet fully realized the benefits from the growing popularity of DeFi dApps and NFTs. “The exploding NFT market will directly benefit the value of ETH, and I think that ETH has room to grow until its price encompasses the current excitement,” says writer and analyst Noam Levenson.

Remembering that institutional investors have been a vital element in driving up the value of Bitcoin over the past year, moving forward, will more traditional investing giants turn their attention to Ethereum? If that happens, “it would mean that mainstream institutions validate not only the current value of ETH but also the Ethereum ecosystem as a whole,” according to Haohan Xu, CEO of digital asset trading network Apifiny.

In just the past few months, we’ve seen increasing evidence that institutional investors are in fact realizing the value in the Ethereum ecosystem. Grayscale Investments, the world’s largest digital asset manager, added almost $1 billion to their cryptocurrency trusts in a 24-hour period. This included $586.5 million in ETH (as compared to $283.3 million in BTC) — historically, these figures would be more than likely reversed. In addition, according to filings with the Securities and Exchange Commission (SEC), two ETH funds launched by Galaxy Digital (a cryptocurrency asset management firm led by Mike Novogratz, a notorious Bitcoin bull) have thus far received at least $32.1 million in investment. These moves by financial giants like Grayscale and Galaxy further ignite the conversation and represent an increasingly positive sentiment surrounding the second-largest cryptocurrency.

In closing, let me just remind readers that there is another way to look at this BTC vs. ETH debate; perhaps we need to ask “why can’t we all just get along?” Analyst Jason Peckham of Invictus Capital points out that while Bitcoin and Ethereum are naturally compared to one another, it doesn’t really make much sense because both are vying for “separate and mutually beneficial use-cases,” and investors get into the two coins for different reasons.

Bitcoin is often considered a “currency token,” and Ether a “utility token.” Because of this, it is unlikely that Ether will overtake Bitcoin in terms of market capitalization. The two are different heads of the same animal. And while there is increasing interest in what Ethereum can offer, the “digital gold” that is Bitcoin, at least to date, remains king.

“BTC is unlikely to be dethroned as the leading cryptocurrency, but the growth shown on the Ethereum blockchain is hard to bet against,” says Peckham, adding “BTC’s ‘digital gold’ narrative is straightforward, which is beneficial for attracting new users who may be intimidated by the apparently more complex and dynamically evolving ETH narrative.”