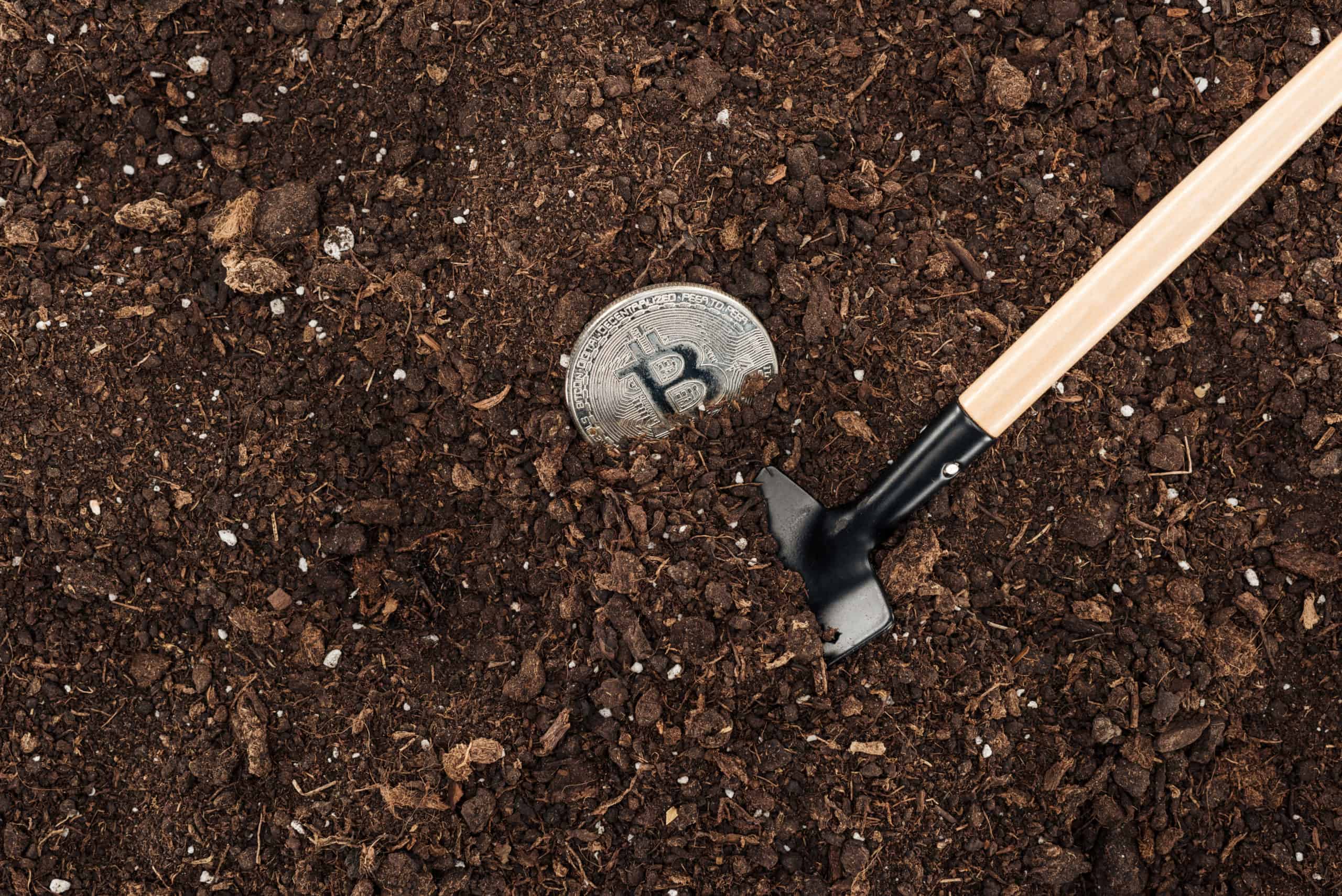 For those of us who have observed the digital asset space for the past few years, much can be said about the recurring patterns that take place among media narratives and industry chatter with rising Bitcoin prices. Notwithstanding the current dip, Bitcoin has seen a whopping 700% price increase in the past year. The cause can be largely attributed to growing institutional interest as corporate treasuries put the asset on their balance sheets — be it Tesla or MicroStrategy — and consumer firms such as PayPal implement new features that make it easier than ever for the average shopper to transact with crypto. The signs are promising, signalling a brighter summer than ever for the crypto space compared to the gloom of past bear markets.

However, in line with rapid growth, often comes the assertion of Bitcoin’s risks — not only to investors, but to the world we live in today. According to the Cambridge Bitcoin Electricity Consumption Index (CBECI), the total energy consumed by bitcoin mining could reach 120 TWh (terawatt-hours) this year — approximately 0.5% of the world’s total electricity production, as of this publishing time. The figure might seem startling at first glance, especially when measured against the yearly electricity consumption of specific countries. The result? Some countries — be it developed or developing ones — consume less electricity than the Bitcoin network does in a year.

But is this really providing a full picture?

It’s no secret: Bitcoin does consume a lot of electricity. This is in large part due to the very underlying infrastructural mechanics that power the bitcoin network that other SHA256 cryptocurrencies have been modelled on. By leveraging proof of work as a consensus mechanism, participating miners on the network need to expend computational resources to not only verify transactions but also provide the security that bolsters the network itself. Bear in mind, however, that this is for a global financial network that can be made accessible to anyone so long as they have a crypto wallet and smartphone.

Now, what about the traditional banking ecosystem? If we zoom out and scrutinize the modern-day banking industry, it’s clear that energy expenditures are high. Consider the data center costs, corporate offices, bank branches, and ATMs that all need to be powered every single second of every single day.

With that, it’s clear that the energy consumption in the banking sector alone is much more fragmented and therefore, more difficult to quantify. However, research from Ark Invest argues that the global banking and gold mining sectors are ultimately far more inefficient than Bitcoin mining, with traditional banking consuming 2.34 billion gigajoules (GJ) and gold mining consuming 500 million GJ of electricity per year. Bitcoin mining, on the other hand, only accounts for 184 million GJ.

Similarly, if we look beyond the currency itself and at its underlying technology, there are significant benefits that can be reaped when blockchain innovates on existing financial infrastructures. The core characteristics of blockchain in terms of decentralization and trustlessness can lead to significant operational efficiencies that would have knock-on effects on power consumption.

Consider the traditional financial credit system — this relies on strict transaction records to accumulate credit in order for consumers to receive financing and loans. With blockchain and smart contracts, these processes can be further automated and innovations in blockchain-based digital identity can better make these services accessible for those left behind by traditional banking. In addition, when looking at cross-border transactions, consider the cost inefficiencies caused by changes in exchange rates — this cost is often passed downstream to the user. With blockchain, transaction fees can be significantly reduced. With that said, blockchain can offer significant time- and cost-savings which in effect, can lead to energy savings when compared to existing systems in place within the traditional financial services sector.

When examining Bitcoin’s energy usage, an unbalanced emphasis has been placed on energy consumption as opposed to energy efficiency. In the case of Bitcoin mining, discussions often fail to center on the role that mining plays in curtailing energy abandonment. In some areas with low economic activity, a large amount of excess energy is produced and goes unused — this, in turn, causes energy waste. This is basic supply and demand: when energy supply exceeds demand, it leads to energy waste. When mining businesses opt to operate in these jurisdictions, Bitcoin mining is actually able to convert this unused energy consumption into a store of value.

In China’s Sichuan province, for example, a large amount of wastewater and electricity is discarded during the yearly wet season. In 2019, as a result of these conditions, the Sichuan Provincial Government Office issued the Sichuan Province Hydropower Consumption Industry Demonstration Zone Construction Implementation Plan, confirming pilot projects for maximizing hydropower consumption across six cities and prefectures through crypto mining. This has prompted the growth of the largest mining farm cluster in the country which is based on green, sustainable mining. In fact, according to CoinShares, cryptocurrency mining activities tend to be concentrated in mountainous areas with large rivers. Renewable energy accounts for a large proportion of the overall energy mix used for Bitcoin mining, estimated at 73% of energy sources chosen by mining businesses.

Similarly, in North America, there are now mining businesses partnering with gas companies to use the waste gas produced by hydraulically fractured shale formations for energy to mine crypto. As selling this gas is unprofitable, it is instead commonly burnt off, accounting for 140 billion cubic meters of gas that is wasted through flaring every year across the globe. Rather than allowing this gas to go to waste, diverting it to the creation of value is ultimately far more sustainable.

In fact, according to CoinShares, cryptocurrency mining activities tend to be concentrated in mountainous areas with large rivers. Renewable energy accounts for a large proportion of the overall energy mix used for Bitcoin mining, estimated at 73% of energy sources chosen by mining businesses.

A separate study from the University of Cambridge also found similar trends when it came to renewables penetration in other markets, with both North America and Latin America opting for hydropower as a preferred energy source, accounting for a respective 61% and 67% of their share of the global hashrate.

Beyond energy use, there’s also the matter of hardware itself. Where possible, mining businesses should opt for new models that offer a mix of greater computing power and low power consumption to replace older, obsolete models that are comparatively less efficient. At present, the peak computing power of today’s mining machines has reached 100T and the power consumption ratio ranges between 30W/T to 40W/T. This energy ratio can impact 20% of the income that miners are likely to make in mining cryptocurrencies. Therefore, any models that see an energy consumption of 60J/T and above with a computing power only a fifth of what we’re seeing today, should be phased out.

Another innovation that we’re also beginning to see is the emergence of new mining machines that are looking to offset the costs and energy associated with cooling. Rather than opting for traditional air-cooled miners that rely on fans, hardware manufacturers are also developing immersion cooling miners that see machines submerged in a liquid coolant. These miners are distinguished for being more eco-friendly compared to traditional air-cooled miners, as single modules are able to run seamlessly within a liquid coolant. This diminishes the amount of noise generated by cooling fans and significantly reduces the heat expelled from the hardware. As a result, this can help to improve a mining farm’s operating environment, generating cost-savings in cooling expenditure. Submerging the machines within a liquid coolant also significantly prolongs machine lifespans as it eliminates the impact of microdust particles on machine performance, reducing repair costs and the rate of product obsolescence.

While it’s true that mining Bitcoin consumes a considerable amount of power, market forces have dictated its value as an asset — no longer limited to niche circles, more established, institutional players as well as newcomers to the retail market are joining the fold. In line with this, the mining industry must rise up to meet this demand. To survive, miners will always seek out areas with low electricity costs out of the need for profit or to break-even on their operations. If miners can keep their costs low by seeking out non-renewable or less sustainable energy sources such as coal, it’s only logical that they’d be more inclined to pursue these options to ensure that they don’t operate at a loss. So as long as a profit margin exists, miners will be incentivized to continue with their businesses.

While product innovations are on the rise, change also needs to come from the top down. Miners have done their part in choosing renewables where possible, and in some cases, even to maximize the underutilized benefits that these sources can bring. Until we can operate as a global economy that’s driven solely by sustainable sources of energy, more needs to be done to incentivize the use of renewables as a whole.

Rather scapegoating blockchain technology, it’s worth considering the long-term value that it could offer: a more equitable, efficient, and inclusive financial ecosystem. Who says that can’t be green, too?