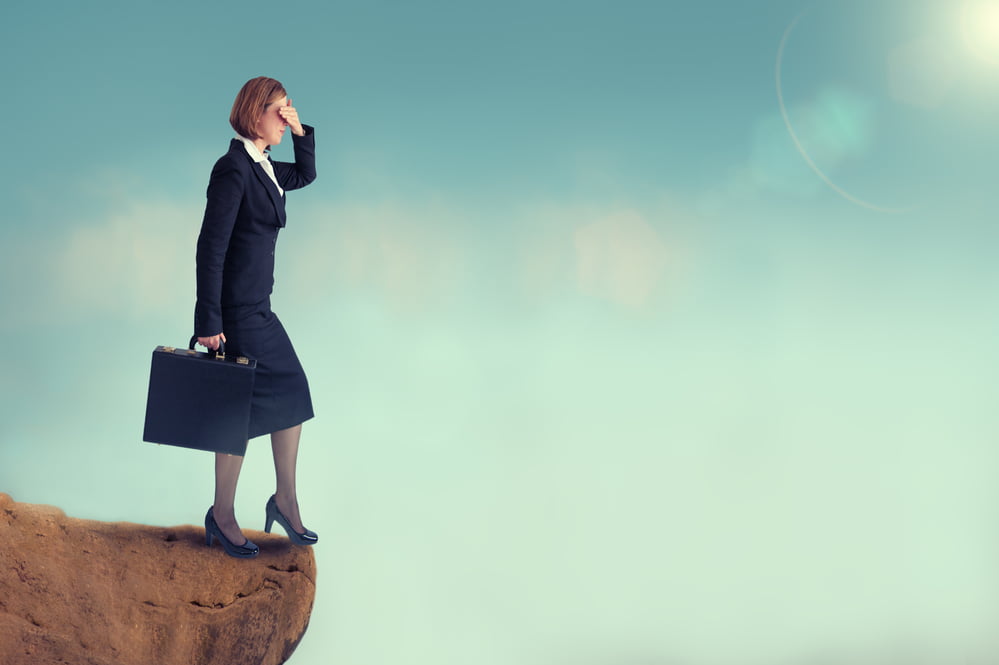 Bitcoin has walked away from pursuing a lengthy downside correction repeatedly this year.

The cryptocurrency’s run-up to $58,367 in February attracted a modest selling pressure as the price dipped by 26.30 percent afterward. Similarly, its previous rally above a then-record high of $41,000 followed up with a 30 percent bearish correction.

Last week, Bitcoin achieved a new milestone high above $61,778, after which it corrected lower by up to 13.87 percent. But again, the cryptocurrency found ample bullish support near local lows, raising hopes that it would continue its uptrend higher for the rest of the first fiscal quarter.

Bitcoin’s ongoing uptrend—technically—appears similar to its 2015-17 bull run if one looks closely. Back then, the cryptocurrency rallied relentlessly, facing modest corrections midway, as it established $19,891 as its all-time high (data from Coinbase).

What supported Bitcoin during its move upward was a 20-week simple moving average (the green wave). Every sell-off attempt led the prices lower towards the support curve, following which the price rebounded upward to hit a new record high level. Despite occasional bearish wicks below the 20-WMA, the BTC/USD exchange rate never dipped below the wave until the week ending January 28, 2018.

Furthermore, during the 2015-17 rally, Bitcoin’s pullbacks largely appeared when its weekly Relative Strength Indicator was inside its overbought area. As the momentum indicator neutralized, it fell to a bullish support target near 51.92. That coincides with the BTC/USD rate contacting the 20-WMA.

Even during the 2019 correction, wherein the pair turned lower after forming a high near $13,868.44, the RSI’s dip towards 51.92 coincided with Bitcoin’s plunge to the 20-WMA. That serves as a fractal to what is taking place in the cryptocurrency market currently.

The Next Bitcoin Decline

Bitcoin has maintained support above the 20-WMA ever since it closed above it in late April 2020. Its last contact with the support wave was in October 2020 — again coinciding with the RSI approaching 51.92. Since then, BTC/USD has largely avoided the retest.

Part of the reason is Bitcoin’s growth as a mainstream financial asset. Each of the cryptocurrency’s downside corrections has followed up with a heavyweight firm announcing support for it — be it offering crypto-enabled services (read PayPal, MasterCard) or adding Bitcoin to balance sheets as an alternative store of value asset (Tesla, MicroStrategy, etc.).

Loose monetary policies and ultra-low interest rates have provided tailwinds to Bitcoin adoption among mainstream firms. With most of such dovish measures still in place, bulls expect the cryptocurrency to grow even further higher by the end of this year. Some even think a $100,000 Bitcoin is possible.

As usual, the 20-WMA is rising alongside as Bitcoin extends its weekly bullish bias. As of Thursday, the green wave was sitting near $37,825.

Meanwhile, the RSI is inside its overbought area, expecting to decline further as the market neutralizes. The fractal sees a drop towards 51.92, which means it would largely coincide with BTC/USD’s plunge towards the 20-WMA.

Bitcoin Climbs Back Above $20K, A Bit Of A Relief To The Sinking Crypto Market