Here is a list of companies that were popular on the site in the latest week.

Shares in Eurasia Mining (LON:) were in focus after the company announced late on Wednesday that it has received a proposal from a “credible party” for substantially all of the company’s assets. Shares opened the week at 26.5p before rallying 12% on Thursday to a high of 32.00p. Shares closed the week at 27.9p. 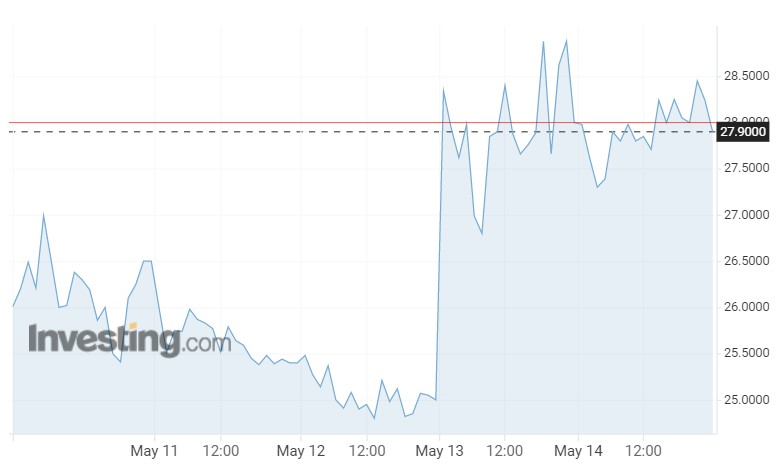 Argo Blockchain (LON:) was in focus after the price of fell in the wake of Tesla’s announcement that it would not accept Bitcoin as payment for its vehicles, citing the environmental damage caused by mining and transactions. Argo Blockchain announced they had bought two data centres powered by hydro power and had also joined the Crypto Climate Accord. Argo Blockchain shares opened the week at 172.50p and fell for four consecutive days to hit an intraday low of 115.00p on Thursday. A 10% rally on Friday saw shares close at 148.00p. 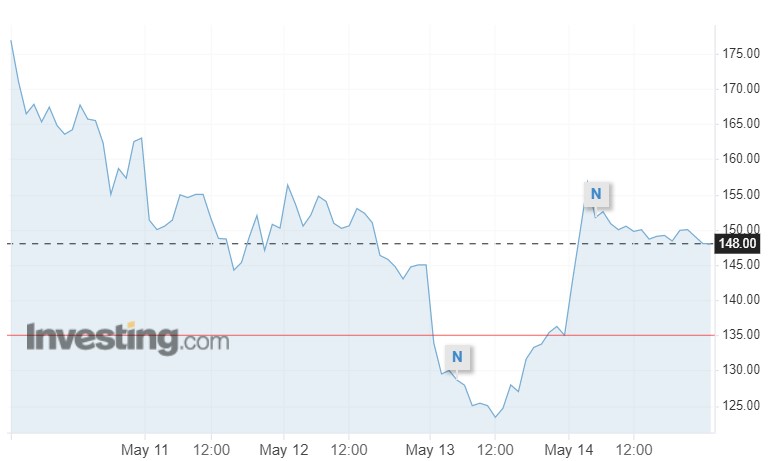 Tesla (NASDAQ:) was in focus after the company’s CEO announced they wouldn’t be accepting Bitcoin as payment. Before that, company shares had fallen after a decline in Chinese vehicle sales in April. Tesla shares opened the week at $664.79 before falling to hit a low of $560.00 on Thursday. On Friday, shares staged a small rebound and closed at $589.74. 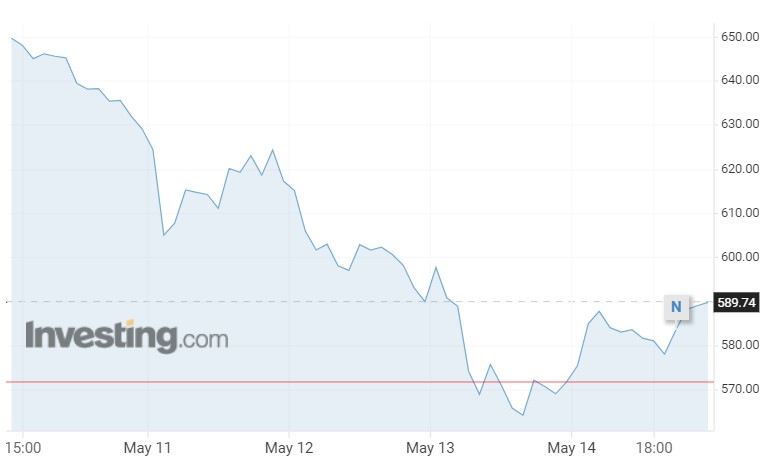 Troubled jet engine manufacturer Rolls-Royce (LON:) was in focus after results on Thursday. The company maintained its guidance, hoping that pent up demand for air travel will see planes fly more miles in the second half of the year. Rolls-Royce shares opened the week at 107.00p, hit a low of 100.58p on Thursday before a bounce on Friday saw shares close at 107.64p. 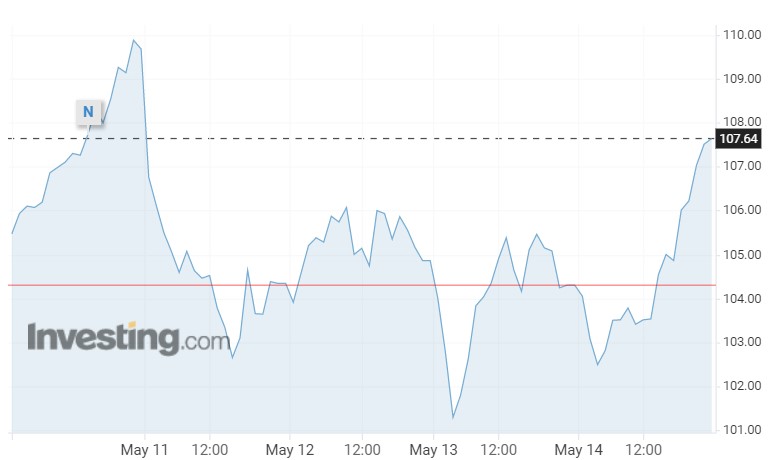 Baillie Gifford’s Scottish Mortgage Investment Trust (LON:) was in focus amid the tech sell off at the beginning of the week. The fund has exposure to many prominent tech names such as Tesla, Alibaba (NYSE:) and Tencent (HK:). Later in the week, SMIT announced it had cut its exposure to Tesla and reported a record performance in its annual results. Scottish Mortgage opened the week at 1,206p, fell to a low 1,056p on Thursday before closing the week at 1,130.5p. 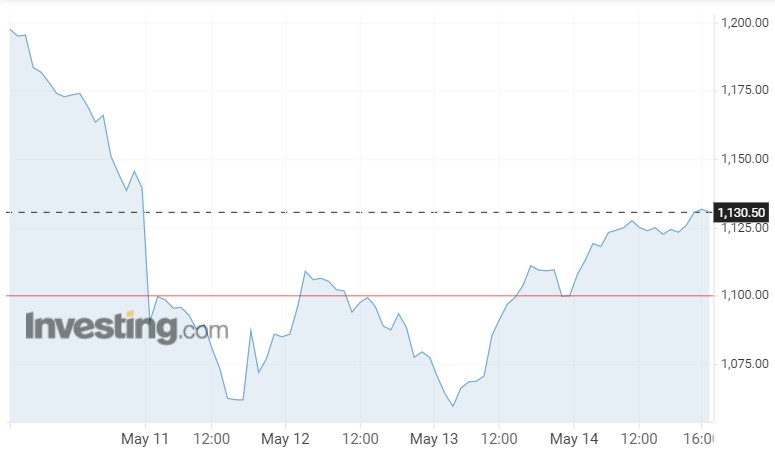 Scottish Mortgage Investment Trust
Disclaimer: Fusion Media would like to remind you that the data contained in this website is not necessarily real-time nor accurate. All CFDs (stocks, indexes, futures) and Forex prices are not provided by exchanges but rather by market makers, and so prices may not be accurate and may differ from the actual market price, meaning prices are indicative and not appropriate for trading purposes. Therefore Fusion Media doesn`t bear any responsibility for any trading losses you might incur as a result of using this data.

Fusion Media or anyone involved with Fusion Media will not accept any liability for loss or damage as a result of reliance on the information including data, quotes, charts and buy/sell signals contained within this website. Please be fully informed regarding the risks and costs associated with trading the financial markets, it is one of the riskiest investment forms possible.