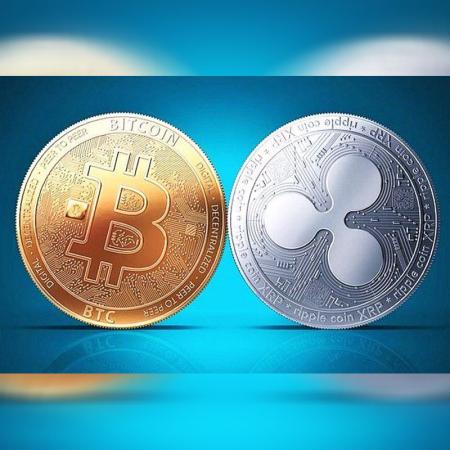 Cryptocurrencies and blockchain are important points of discussion in the market today. There are many cryptocurrencies available at the disposal of people, but the most popular amongst them is Bitcoin. Ripple is another option that is gaining popularity amongst investors. So what exactly is the difference between Bitcoin and Ripple, and how do they work? Let’s read on!

Bitcoin is a type of digital cryptocurrency that is based on blockchain technology. It operates on a distributed ledger and is currently being used as a means for payment of goods and services. The history of bitcoin is quite mysterious as it was developed in 2009 by a person or a group of people under the pseudonym ‘Satoshi Nakamoto’. The system is completely decentralised and is not governed by any government, bank or any third party.

Under bitcoin, miners can create a ledger of every activity by verifying transactions on an ongoing basis. Upon validating a certain amount of transactions, the miners are rewarded with BTC. Bitcoin uses the blockchain mining concept to validate transactions.

Ripple is a payment settlement, currency exchange or remittance system that helps facilitate transactions across borders at lightning speed and at low costs. It is a privately owned company that started in 2012 to develop its own cryptocurrency known as XRP.

XRP is used primarily on the Ripple network to facilitate the transfer of money between different currencies. Ripple’s simple idea is to provide a system for direct transfer of assets without incurring any currency exchange fees and reducing transfer speed to seconds.

Both Bitcoin and Ripple have their native coins, which can be purchased online at some of the best crypto app in India.

Differences Between Bitcoin and Ripple:

Bitcoin has a maximum supply of 21 million coins, out of which more than 18 million is already circulating in the market. It is expected that the entire bitcoins should be minted by the year 2140. On the other hand, Ripple has the maximum supply of 100 billion XRP coins, out of which 60 billion is currently circulating in the market.

Bitcoin blockchain takes approximately 10 minutes for any transaction to get confirmed while sending funds to another person. Whereas you can transfer funds to someone using XRP coins on the Ripple network within seconds.

Bitcoin does not entail any third party involvement as there is no authority to regulate its demand and supply. Bitcoin can be used for varied purposes, from paying for a hotel bill to booking a flight ticket online.

However, Ripple acts as an alternative to the current payment settlement system called SWIFT that banks and other financial intermediaries are using. It is a much faster, cost-effective and hassle-free way to transfer funds across countries or borders.

Every system can handle a certain number of transactions in a given amount of time before it starts to feel overloaded.

Bitcoin can process only up to 7 transactions per second.

On the other hand, Ripple can handle up to as many as 1500 transactions per second, making it more scalable than bitcoin.

Since bitcoin uses a mining system to mint coins, it is accused of being an energy-hungry platform.

Whereas Ripple consumes negligible power due to its energy-free mechanism.

Bitcoin is the first and the most popular cryptocurrency in the world. It is also the largest crypto in terms of market capitalization and owns nearly 70% of the total crypto market.

Ripple is the 4th largest cryptocurrency by volume and has a circulating supply of 4,540 crore XRP’s in the market.

How to Buy Bitcoin and Ripple:

Bitcoin can be bought off from any of the cryptocurrency exchanges such as CoinSwitch Kuber and stored in a wallet. There are different kinds of wallets available with the owners, which provide different storage, security and access options. These are mobile, desktop, online, hardware and paper.

Ripple can also be bought from any of the different exchanges such as Bitstamp, Kraken, GateHub etc.

Both Bitcoin and Ripple are cryptocurrencies that can be used to buy goods and services across different categories. Although, there are only a limited number of companies that will accept them for payment.