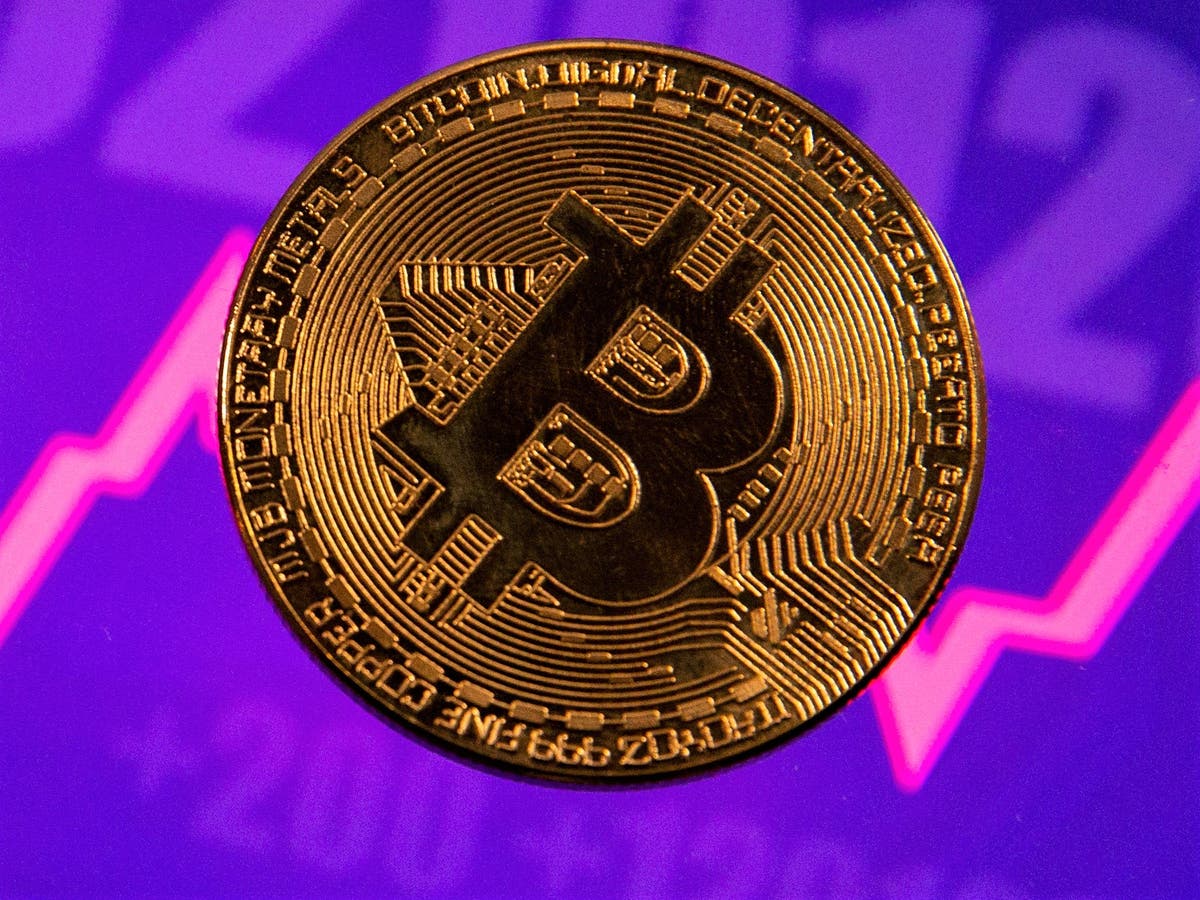 Bitcoin has enjoyed a new lease of life over the last year, the cryptocurrency’s value booming to a three-year high as the world was brought to a standstill by the coronavirus pandemic, trapping millions of people in their homes.

A single virtual coin is worth £42,269 at the time of writing, up from £5,343 on the same date precisely a year ago, according to CoinDesk data.

The decentralised electronic currency has come a long way since its conception in 2008, when idealistic early adopters, angered by the latest financial crash, saw it as a means of bypassing the crony capitalist institutions that had dropped society into recession through greed and negligence.

Born of the same anti-establishment spirit of “taking back control” that inspired such movements as Anonymous, Occupy and WikiLeaks or the more recent GameStop war on Wall Street short-sellers, Bitcoin’s practical problems and inefficiencies have gradually come to light, from its lack of consumer protection to facilitating crimes like black market trading, money laundering and tax evasion.

Perhaps its most glaring issue is the huge environmental impact of Bitcoin mining, the process by which virtual coins are generated.

Even though Bitcoin is unregulated, it still needs to verify all transactions carried out between traders to keep the playing field honest and does so by leaving the responsibility with “miners”, who effectively act as auditors updating a ledger, an idea originating with the cryptocurrency’s mysterious architect, known only by the pseudonym “Satoshi Nakamoto”.

To do this – otherwise thought of as adding a block to the blockchain – miners race to guess a random number, one of which is released approximately every 10 minutes, a chase that involves huge quantities of computer processing power as their machines strive to solve complex but arbitrary mathematical equations in the hope of getting there first and being rewarded with a highly lucrative coin.

Sign up for news and advice on saving the planet

As the blockchain becomes ever longer, the calculations become ever more complicated, requiring the use of supercomputers to carry out the trial-and-error hunt for the solution.

More than 150 quintillion attempts at guessing the number are now carried every second of the day all around the world, with sprawling aircraft hangars filled with computers working 24-hours a day far from uncommon.

These cryptocurrency farms require vast amounts of electricity to go about their business, given that a single Bitcoin transaction leaves a carbon footprint of 360kg, compared to 500mg from an average Visa transaction, according to Digiconomist founder Alex de Vries.

As such, they are commonly set up in places where power is cheapest, most notably northwestern China’s Xinjiang Province – home to the oppressed Uighur minority – where coal is abundant and still accounts for two-thirds of the country’s energy use.

Chinese Bitcoin mines are not only reliant on finite fossil fuel resources but their huge electricity usage results in carbon emissions that are said to be accelerating so rapidly, according to one new study, that they will soon exceed the energy consumption of Italy and Saudi Arabia if urgent action is not taken to rein then in.

Unchecked, the annual power consumption of China’s Bitcoin industry is forecast to peak at 297 terawatt-hours (Twh) by 2024, surpassing the carbon emissons output of the Czech Republic and Qatar.

For the planet as a whole, the computing power required to support Bitcoin’s underlying network now requires nearly as much energy as the whole of Argentina.

Analysis by the University of Cambridge published last month suggests Bitcoin mining uses more than 121 Twh annually, which would rank it in the top 30 electricity consumers worldwide if it were a country.

Power demand from crypto farms in Abkhazia in north westerrn Georgia has been so high in recent years that rolling blackouts became the norm and equipment had to be confiscated by the state.

Another environmental impact of Bitcoin mining stems from the fact that the technology is still dependent on short-lived hardware to process its calculations, which inevitably burns out and needs to be replaced, prompting a spike in demand for microprocessing chips.

“Semiconductor manufacturers Samsung and Taiwan Semiconductor Manufacturing Company are the only companies capable of mass-producing the specific chips Bitcoin mining device manufacturers like Bitmain need, and these companies are already facing significant challenges in meeting chip demand, in addition to the pressure from Bitcoin miners,” says De Vries of the resulting global chip shortage and price inflation.

This shortage has a knock-on impact on the production of other consumer electronics, from smartphones and games consoles to electric cars.

On the positive side, crypto farms have also been set up in countries like Iceland and Norway whose power supplies largely come from renewable energy sources (and whose climate is ideal for keeping servers cool), Inner Mongolia has set an example by moving to ban the practice for the sake of the natural world and more eco-friendly alternative cryptocurrencies like Cardano are springing up.

The latter claims to be 4m times more energy efficient than Bitcoin thanks to its “Proof-of-Stake” blockchain, which validates transactions based on how many coins are held by a network participant, not the amount of computational processing power they possess.

Whether Cardano or other challengers like Ethereum can topple Bitcoin from its perch remains to be seen but it’s clear that the current rate of energy usage is unsustainable if global heating is to be curtailed.

“In its current status, the infrastructure that supports the Bitcoin protocol cannot be sustained, but the beauty of the protocol is that the incentive structure will force miners to adopt the cheapest form of electricity, which in the near future will be renewable energy,” Don Wyper, COO of DigitalMint, recently told The Independent.