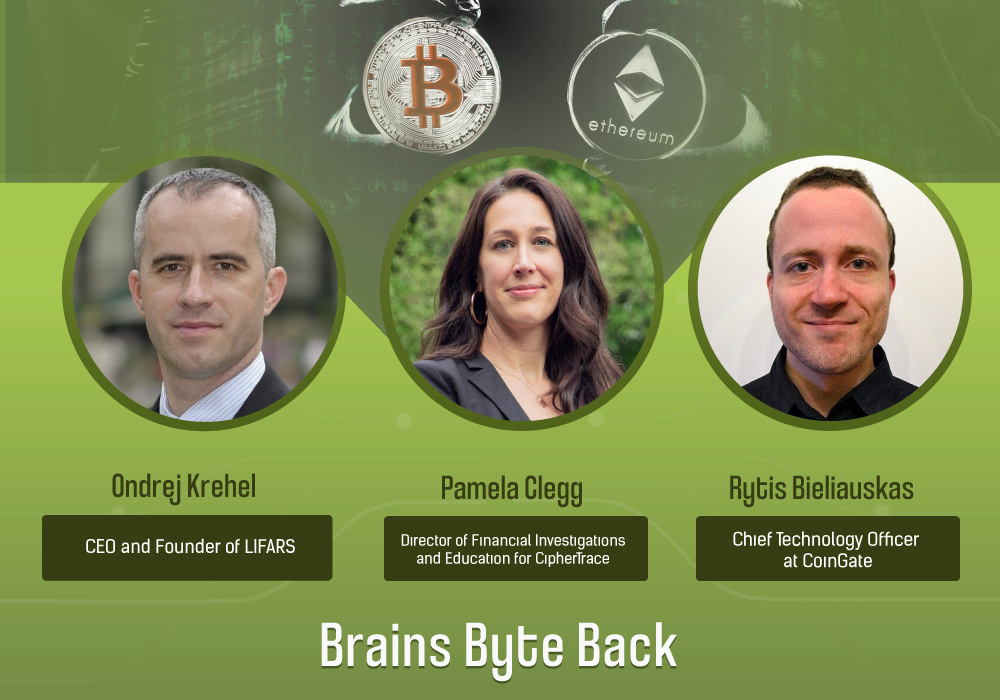 In today’s episode of the Brains Byte Back podcast, we will take a look at three separate cybercrime stories, attacks, and events, told by three different cybercrime and crypto experts.

We have seen many bank heists and robberies portrayed in movies and TV shows, and they are often high octane, adrenaline-fueled, and exciting.

But times have changed, and no longer are the most sophisticated and lucrative heists carried out by a crew of heavily armed robbers. Instead, it is cybercriminals behind computer screens that stand to make the most money.

This was proven by The Bangladesh Bank Heist that took place in 2016, when unidentified hackers attempted to steal $951 million from the Bangladesh Central Bank in Dhaka.

Even though a lot of this money was recovered, the thieves still managed to get away with $81 million, and the attempt is considered one of the biggest bank heists of all time.

First on the podcast, we will hear Pamela Clegg, Director of Financial Investigations and Education for CipherTrace, an intelligence company working to eradicate financial crimes and provide prevention strategies in the cryptocurrency and blockchain spaces. Clegg shares a story of how CipherTrace teamed up with McAfee to tackle NetWalker ransomware, a ransomware that has become a franchise within the cybercrime underworld.

Secondly, we are joined by Ondrej Krehel, CEO and founder of digital forensics firm LIFARS, who has worked with the FBI, DHS, Interpol, and many other government organizations on cyber defense and threat hunting. Krehel joins us to discuss his work with NiceHash, a crypto-mining marketplace, which came to LIFARS for help in response to a $67M crypto hack perpetrated by the North Korean military.

And finally, we are joined by Rytis Bieliauskas, CTO of cryptocurrency payment platform Coingate, to discuss how a DEA agent and a Secret Service agent stole Bitcoins from the Silk Road owner and got caught because of Bitcoin’s traceability.