Bitcoin and Ethereum dropped overnight as the Federal Reserve Chairman Powell offered a subdued take on cryptocurrencies at a conference yesterday. Adding to the weakness was a strong dollar and a drop in the 10-year treasury yield.

Bitcoin price bending, but not breaking

During March 22’s trading session, Bitcoin crashed below the lower trendline that dates back to March 16 and tested the head-and-shoulders bottom’s extended neckline at $54,620. It is the third test of this support level in the past week while registering the most oversold condition in over a month.

If the developing intra-day bounce gets traction, it will find resistance at the 100 SMA currently at $56,350, followed by the broken trendline, which coincides with the February high at $58,367. The 50 SMA has flipped lower, adding downward pressure on any rebound.

Like Bitcoin, Ethereum experienced a sharp decline on March 22 on a significant spike in volume compared to average volume. In fact, it was the highest volume on a 4-hour candlestick since February 25, generating the highest oversold reading since the February 23 crash low.

Ethereum found support at the intersection of the recent head-and-shoulders pattern and the 0.382 Fibonacci retracement level at $1,663. Despite the extreme oversold condition, the ongoing rebound has been corrective, not impulsive, indicating that traders are still not better buyers at these levels. 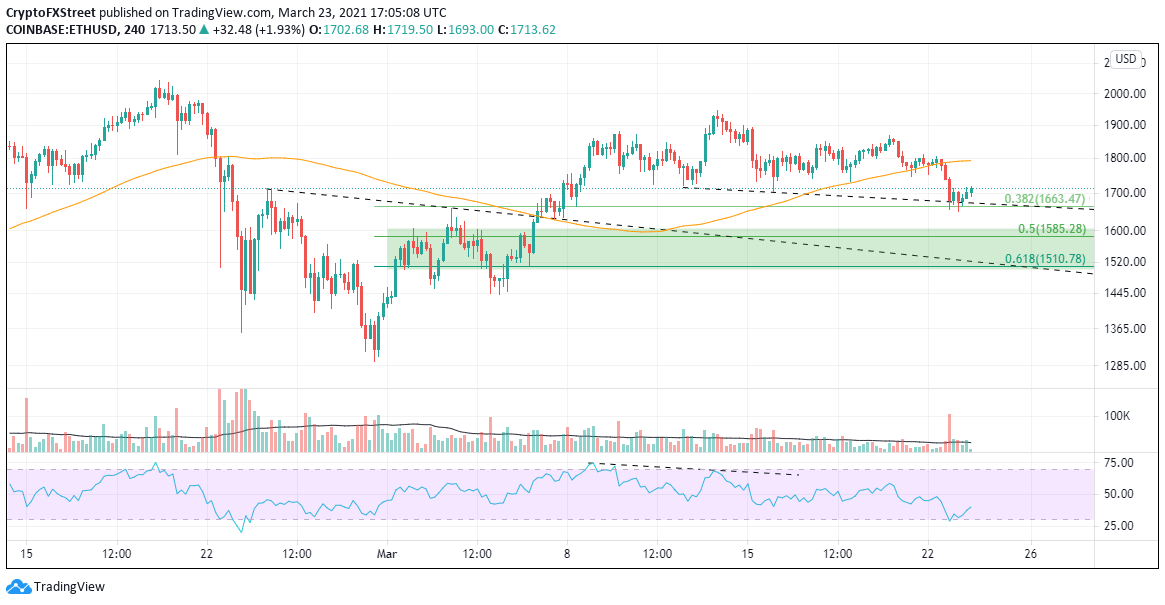 Since mid-March, XRP has incrementally nudged higher, with a few notable positive candlesticks dispersed throughout the advance. Ripple still has the overhang of the ongoing SEC investigation, and it should caution traders from diving into heavy long positions.

From a technical perspective, Ripple continues to look higher in the short-term as it is currently shaping a pennant pattern on the 4-hour chart. It is finding support on the lower trendline, and volume has substantially contracted as the pattern has developed, indicating another big candlestick is around the corner. 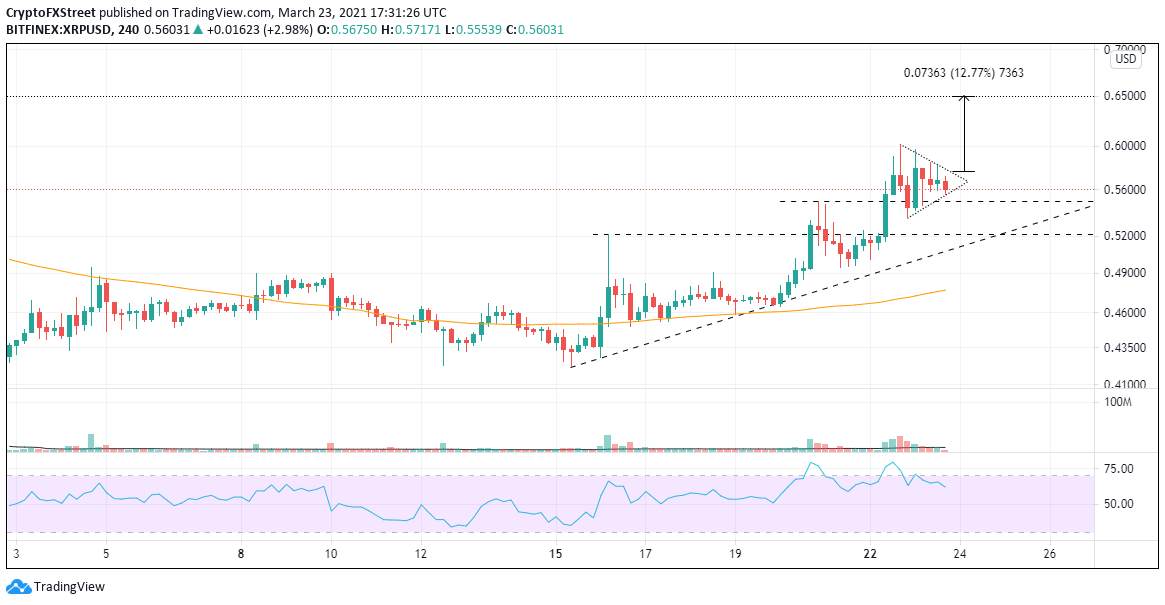 Downside targets begin with the March 20 reversal high at $0.549, followed by the reversal high on March 16 at $0.521. The last essential support is the rising trendline from the March 15 low at $0.507 before heavy selling would commence.