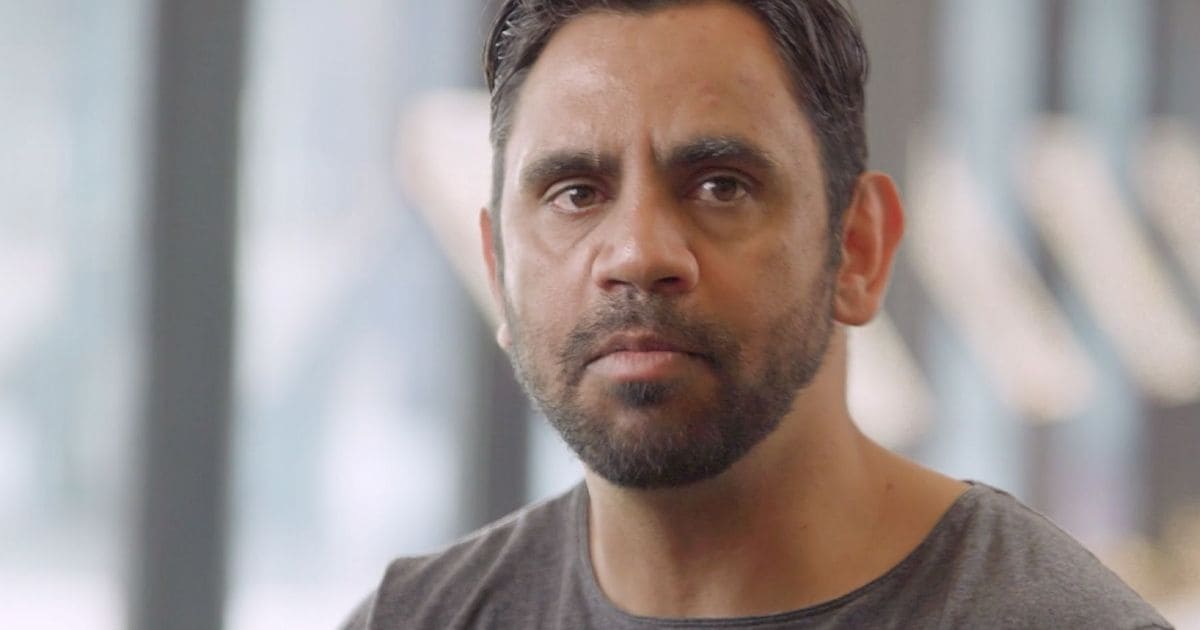 It started as a stock-standard day of school for the young man born in Gunditjmara country, with no reason to suspect that his unassuming afternoon would devolve into a moment which would sit with him for the rest of his life.

That changed as Lovett-Murray – in Grade Four at the time – completed a lap of the school oval alongside a fellow student two years older.

Then, without rhyme or reason:

Even more vile insults followed, persistent in Lovett-Murray’s ear for the entire lap.

Tears quickly turned to anger, and the two young boys came to blows later that lunchtime. An ambulance was called, Lovett-Murray sent home – the older student whisked away to hospital with a broken arm.

Almost 30 years have passed since that day, but the memories and impact on Lovett-Murray’s life remain; the ripple effect from that one incident and the ones proceeding it leaving far more than just sad thoughts.

“It can lead to depression, anxiety, suicide, substance abuse, that’s the whole point of these types of stories,” Lovett-Murray told saints.com.au.

“I dealt with it the wrong way and used my fists when I needed to be smarter, but as I got older, I got better at learning to deal with it. And as I did get older, it came down to educating people and calling it out.”

It’s that belief which Lovett-Murray has been an integral driver of for several years now.

When he first walked through the doors of RSEA Park as the club’s Indigenous Liaison Officer, one of his first conversations with CEO Matt Finnis was about how St Kilda was tied to one of the most powerful moments against racism: Nicky Winmar’s stand at Victoria Park in 1993.

Lovett-Murray set about chasing down funding and recruiting the services of documentary filmmaker Peter Dickson to bring his vision to life.

Two years later, their tireless work has culminated in The Ripple Effect documentary – with Lovett-Murray acting as executive producer – and the accompanying schools program Point + Be Proud to life.

As an Indigenous boy, to me Nicky was like a black Superman. He was standing up to all these racist people and it was such a significant moment and something we’re still talking about and celebrating today.

Initially conceived as a 15-minute short film about that momentous day at Victoria Park, The Ripple Effect explores the prevalence and repercussions of racism through the eyes of the nation’s most prominent and inspiring athletes of colour.

The documentary – produced by St Kilda Football Club in partnership with Dickson Films and VicHealth – will premiere on free-to-air television this Saturday on Channel 7 after the Dreamtime Game.

A condensed version of the film will be shown in schools through the Point + Be Proud education program, which aims to educate the next generation about the ongoing impacts of racial prejudice and discrimination on Indigenous mental health and wellbeing.

In a way, he’s following in the footsteps of his great-grandfather Sir Doug Nicholls.

“I strongly believe that this needed to be done, and for me, it’s just being able to get these stories out there,” Lovett-Murray said.

“We’re not born with hate and I do believe the people who do have those ill-feelings of racism just need to be educated.

But the next step is the most important step, and that’s being able to take these stories into schools. That was always our main focus: being able to educate the kids about the impacts of racism and how it impacts a person’s mental health and wellbeing.

Sadly, the next generation isn’t immune to the ramifications of racism.

Just like Lovett-Murray was all those years ago, his daughter Harmony felt its cruel touch when a classmate turned to her last year and said unprovoked: “I don’t like you blackfellas”.

She was just six years old at the time.

“It’s still there and we need to better, but it’s just so important that we can keep having these conversations… because it’s a conversation-starter,” Lovett-Murray said.

“Once we start having those conversations, it’s about the action and it’s about people calling racism out and not accepting it anymore.

“I believe that the next generational is going to carry that torch and they are going to stamp out racism and not going to accept it anymore.

“I’ve got my children coming through now, so I want to try and make it a better world for them.”

The Ripple Effect will air on Saturday 5 June after the Dreamtime Game on Channel 7.

“Nicky Winmar’s iconic stand against racism sent a powerful message that continues to ripple across our community today – racism is unacceptable and must be stamped out,” VicHealth CEO Dr Sandro Demaio said.

“We know the terrible toll racism has on the health and wellbeing of First Nations and people of multicultural backgrounds living in Victoria. It is up to all of us to heed Nicky’s message and take a stand against racism – this means calling it out even when it makes us feel uncomfortable.

“VicHealth is proud to support this powerful documentary and hope it will become an important tool in educating the community – and in particular young people – about the importance of rejecting racism in all its forms.”

We understand ‘irreparable damage to your heart’