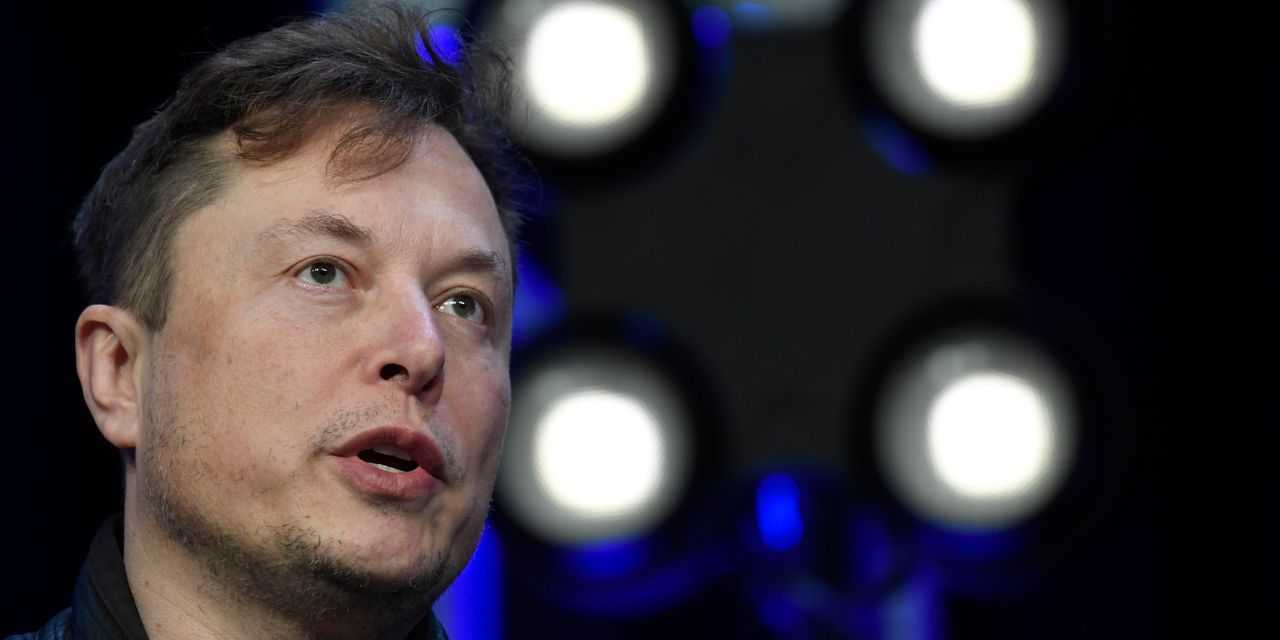 Tesla Inc. will halt sales of cars using bitcoin due to the effects on the environment that cryptocurrency mining can have, Chief Executive Elon Musk said Wednesday, and prices of Tesla shares and the cryptocurrency dropped immediately after.

“Tesla has suspended vehicle purchases using bitcoin,” Musk posted on Twitter. “We are concerned about rapidly increasing use of fossil fuels for bitcoin mining and transactions, especially coal, which has the worst emissions of any fuel.”

“Cryptocurrency is a good idea on many levels and we believe it has a promising future, but this cannot come at great cost to the environment,” he continued.

Musk did say that Tesla would not sell any of the bitcoin owned by Tesla currently, and would use it again “as soon as mining transitions to more sustainable energy.” In the meantime, he said Tesla will look at other cyrptocurrencies that use less energy to mine.

declined less than 1% in after-hours trading.