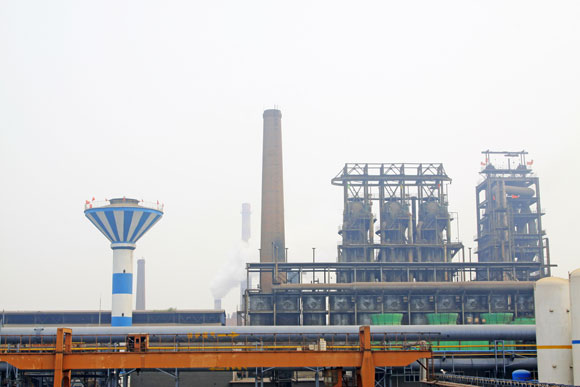 The recent curbs on steel making by the local government in one of China’s largest steel-producing cities, Tangshan, may have a cascading effect on steel procurement & demand, as well on iron ore supplies, some experts believe.

The Tangshan restrictions are in effect from March 20 to Dec. 31, 2021. Among other things, the restrictions penalize steel mills there that fail to meet emission control regulations.

Do you know the five best practices of sourcing metals, including steel?

The curbs are in line with China’s fresh efforts to cut emissions meet carbon-neutrality targets. China aims to reach carbon neutrality by 2060.

Already, iron ore prices felt effects from the restrictions. Meanwhile, the long-term effect on the import-export of steel from China remains to be seen.

Daily iron ore consumption in Tangshan is also likely to drop drastically. The restrictions had led to the drop in iron ore futures but boosted hot-rolled coil (HRC) futures.

Seven Tangshan mills have been asked to lower emissions by 50% between now and June 30 this year, followed by another 30% cuts from July 1 until the end of the year. Sixteen other mills have also been told to cut down their emissions by 30% from now till the end of the year. Meanwhile, Shougang Qian’an Steel and Shougang Jingtang Steel plants in the region received exemptions.

Experts in China, India and Vietnam say the move will reduce pig iron output and deplete HRC supply in China.

The Hellenic Shipping News quoted an analyst from research firm Care Ratings as saying the reduction could lead to a short-term drop in China’s iron ore consumption. Overall, though, on iron ore, opinions seem to be divided on the aftermath of the Tangshan restrictions.

China’s iron ore imports during January-February 2021 were up 5 million tons to 181.5 million tons compared with the same period a year ago, according to the report.

Others in China say the production cut could lead to a drop in pig iron and iron ore demand this year.

Some reports indicated the China Chamber of Commerce for Metallurgical Enterprises (CCCME), a representative organization of private mills, had said China should seriously consider cutting down steel exports and simultaneously increase steel imports that would, in turn, cut iron ore imports. The CCCME recommended that the country reduce its steel exports by 50% year over year to 30 million tons. In addition, it advised it to increase imports of semi-finished and finished steel by 5 million tons.

China accounts for more than half of the world’s steel output. Experts are still analyzing the short-term effects of the Tangshan restrictions on markets in Europe, which are witnessing steel shortages, and where foreign sellers are coming back of late.

Steel demand in Europe is up. Much of that demand is being met by imports. Whether China would be able to continue to supply this market now remains to be seen.

Impact on nearby India

When asked to respond to the restrictions and their effect on India, Seshagiri Rao, joint managing director and CFO of JSW Steel, and Group Chief Financial Officer, told The Hindu Business Line that Indian steel companies may face problems in maintaining steel exports at current levels in the new financial year.

Rao noted domestic production will just about meet demand within the country. India’s domestic steel production this fiscal year is about 103 million tons (MT). About 94 million tons of that total went to domestic consumption, Rao added.

India’s economy is coming back to normal after being hit by the COVID-19 pandemic. Steel consumption topped 10 million tons in December and January. At the current level, consumption will be 120 MT next fiscal year, Rao told The Hindu Business Line.

Want MetalMiner directly in your inbox? Sign up for weekly updates now.