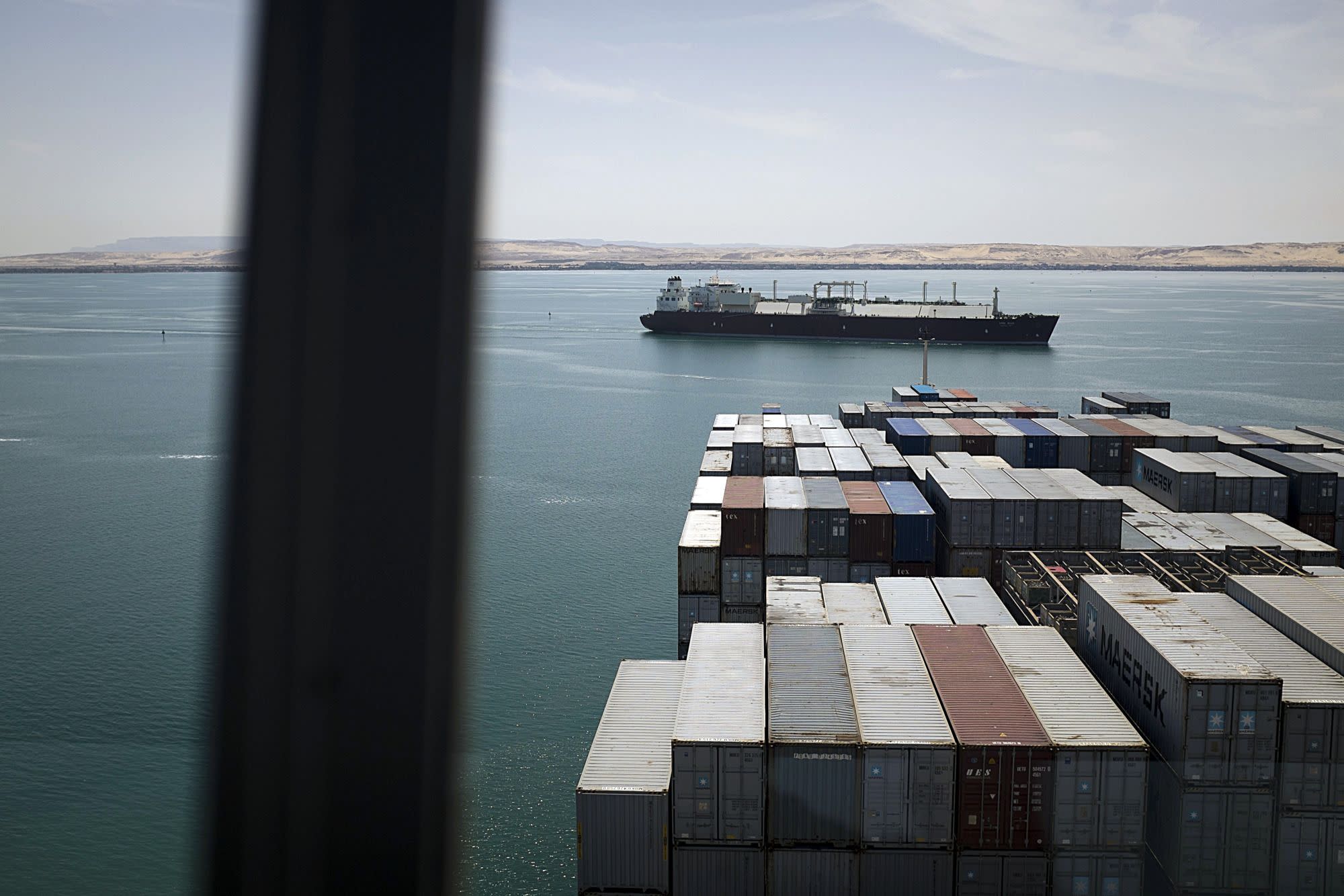 (Bloomberg) — The blockage of the Suez Canal by a giant container vessel is likely to send ripples of disruption through the global energy supply chain.

European and U.S. refiners that rely on the vital waterway for cargoes of Middle Eastern oil may be forced to look for replacement supplies should the blockage persist, potentially boosting prices of alternative grades. At the same time, flows of crude from North Sea fields destined for Asia will be held up.

The critical trade route has been thrown into turmoil after the container ship ran aground on Tuesday, blocking traffic in both directions. While the vessel is only likely to remain stuck for a couple of days, that’ll be long enough to scramble some energy flows, creating an extra headache for refiners, traders and producers already coping with the pandemic’s fallout. Local pipeline networks, however, should help to alleviate some of the disruption.

“There are plenty of alternative trades for European importers to avoid the Suez Canal,” said Ralph Leszczynski, head of research at shipbroker Banchero Costa & Co.

Buyers in Europe and the U.S. may now look to other regions, including the U.S. Gulf, North Sea, Russia and West Africa, according to shipbrokers. Varieties including Mars Blend from the U.S. Gulf, Urals from Russia, and even Asian and Russian Far East grades are likely to get a boost as a result of any increased demand, an analyst and one of the shipbrokers said.

The logistical challenge comes at a volatile time. Global benchmark Brent sank about 6% on Tuesday on concern near-term demand may prove weaker than expected amid renewed lockdowns. On Wednesday prices advanced, with at least 100 vessels waiting to transit between the Red Sea and Mediterranean.

The canal is a crucial route, mainly used to transport Middle Eastern crude to Europe and the U.S., as well as shipping fuel oil from the west to the east. The canal can take fully-laden Suezmax vessels that carry about 1 million barrels and bigger Very Large Crude Carriers, as long as they transfer some cargo out of the vessel before transiting.

On a daily basis, about 600,000 barrels of crude or less flow from the Middle East to Europe and the U.S. via the canal, while volumes from the Atlantic Basin to Asia total about 850,000 barrels a day, according to Anoop Singh, head of East of Suez tanker research at Braemar ACM Shipbroking Pte.

Vessel charterers or owners who are unwilling to wait for the blockage to clear can opt to sail around South Africa, although that’s a much longer route that would take more time and boost costs. An ocean voyage from the Persian Gulf to London takes 10 more days via the Cape of Good Hope than the canal, according to an online presentation from the World Shipping Council.

Still, pipeline networks will help the industry bypass the impact of the blockage, providing a route for continued crude transit. The Sumed pipeline in Egypt, with capacity for south-to-north flows of up to 2.8 million barrels a day, links the Red Sea to the Mediterranean, as does the smaller, bi-directional Ashkelon-Eilat route across Israel.

For more articles like this, please visit us at bloomberg.com

Subscribe now to stay ahead with the most trusted business news source.