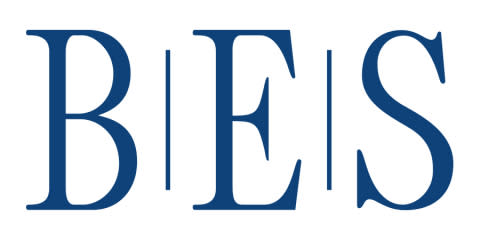 Bragar Eagel & Squire, P.C., a nationally recognized shareholder rights law firm, announces that a class action lawsuit has been filed in the United States District Court for the District of New Jersey on behalf of investors that purchased SOS Limited (NYSE: SOS) American Depositary Shares (“ADSs”) between July 22, 2020 and February 25, 2021, inclusive (the “Class Period”). Investors have until June 1, 2021 to apply to the Court to be appointed as lead plaintiff in the lawsuit.

When the Company went public in April 2017, it was known as “China Rapid Finance Limited” and claimed to focus on a peer-to-peer, micro-lending business. The Company later changed its name to “SOS Limited” in July 2020 and sold its peer-to-peer, micro-lending business in August 2020, rebranding itself into an emergency services business. In January 2021, the Company again shifted its business focus, this time to cryptocurrency mining.

On February 26, 2021, Hindenburg Research (“Hindenburg”) and Culper Research (“Culper”) released commentary on SOS, claiming that the Company was an intricate “pump and dump” scheme that used fake addresses and doctored photos of crypto mining rigs to create an illusion of success. The analysts noted, for example, that SOS’s SEC filings listed a hotel room as the Company’s headquarters. The analysts also questioned whether SOS had actually purchased mining rigs that it claimed to own, as the entity from which SOS purportedly bought the mining rigs appeared to be a fake shell company. The analysts further alleged that the photos SOS had published of their purported “mining rigs” were phony. Culper noted that photographs of SOS’s “miners” did not depict the A10 Pro machines that the Company claimed to own and instead appeared to show different devices altogether. Hindenburg, for its part, found that the original images from SOS’s website actually belonged to another company.

The complaint, filed on March 30, 2021, alleges that, throughout the Class Period defendants made materially false and misleading statements regarding the Company’s business, operations, and compliance policies. Specifically, defendants made false and/or misleading statements and/or failed to disclose that: (i) SOS had misrepresented the true nature, location, and/or existence of at least one of the principal executive offices listed in its SEC filings; (ii) HY and FXK were either undisclosed related parties and/or entities fabricated by the Company; (iii) the Company had misrepresented the type and/or existence of the mining rigs that it claimed to have purchased; and (iv) as a result, the Company’s public statements were materially false and misleading at all relevant times.

If you purchased SOS ADSs during the Class Period and suffered a loss, have information, would like to learn more about these claims, or have any questions concerning this announcement or your rights or interests with respect to these matters, please contact Brandon Walker, Melissa Fortunato, or Marion Passmore by email at investigations@bespc.com, telephone at (212) 355-4648, or by filling out this contact form. There is no cost or obligation to you.

Bragar Eagel & Squire, P.C. is a nationally recognized law firm with offices in New York, California, and South Carolina. The firm represents individual and institutional investors in commercial, securities, derivative, and other complex litigation in state and federal courts across the country. For more information about the firm, please visit www.bespc.com. Attorney advertising. Prior results do not guarantee similar outcomes.

Cryptocurrency investors made around $163 billion in profit, in 2021: Report