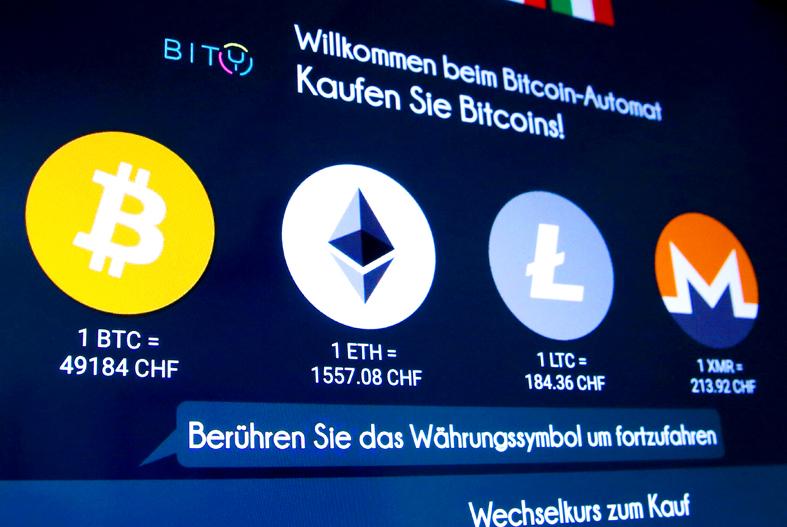 Singapore on Monday once again warned the public about the risks of trading cryptocurrencies such as bitcoin, a market that while relatively small in the city-state has surged in significance over the past year.

“Cryptocurrencies can be highly volatile, as their value is typically not related to any economic fundamentals,” Monetary Authority of Singapore (MAS) Chairman Tharman Shanmugaratnam said in response to a parliamentary question. “They are hence highly risky as investment products, and certainly not suitable for retail investors.”

Cryptocurrency funds are not authorized for sale to retail investors, Tharman said.

The MAS also has powers to impose additional measures on digital token service providers, under which exchanges offering the trading of cryptocurrencies are regulated, as needed, said Tharman, who is also senior minister and coordinating minister for social policies.

His comments came as the total market value of cryptocurrencies pushed past US$2 trillion for the first time, doubling in about two months amid surging institutional demand.

Bitcoin has been on a tear as investors dabble in cryptocurrencies to boost returns on cash in a world of near-zero interest rates, with the likes of Tesla Inc last month saying that it would accept its use as payment for vehicles.

Cryptocurrency trading in Singapore remains small compared with shares and bonds, with the combined peak daily trading volumes of bitcoin, ethereum and XRP accounting for 2 percent of the average daily trading volume of securities on the main stock exchange last year, Tharman said.

Meanwhile, authorities in Singapore have stepped up efforts to combat money-laundering and terrorism financing risks associated with cryptocurrencies, Tharman said.

Among the measures it has taken, the MAS has increased surveillance of the sector to identify suspicious networks and higher-risk activities that might need further scrutiny, he said.

The MAS is also continuing to raise awareness on risks of investing in digital assets to help people avoid being cheated or “inadvertently used as mules,” he said.

“The crypto assets space is constantly evolving,” Tharman said. “MAS has been closely monitoring developments, and will continue to adapt its rules as needed to ensure that regulation remains effective and commensurate with the risks posed.”

“Investors, on their part, should exercise extreme caution when trading cryptocurrencies,” he said.

The government is also warning home buyers to think carefully about purchasing properties as interest rates increase in tandem with those in the US, potentially boosting debt servicing costs.