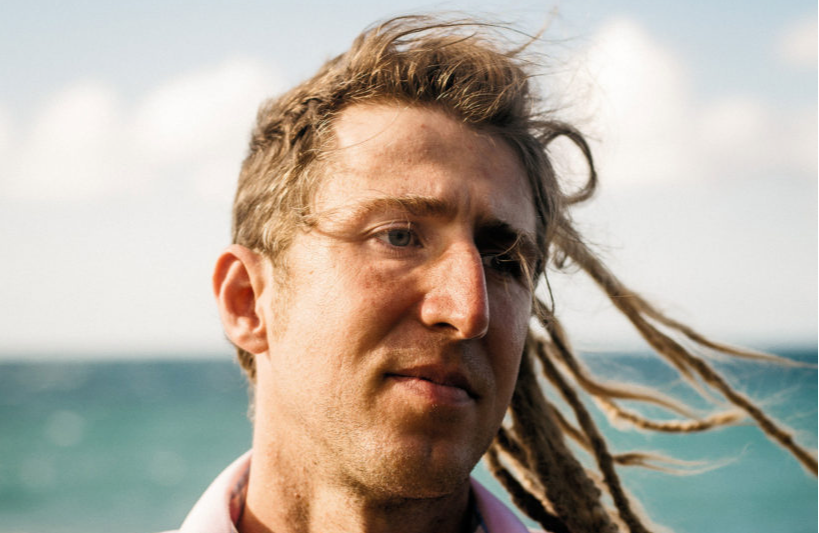 Although much of the concern and criticism surrounding Signal’s integration of MobileCoin is understandable, I’d like to offer an alternate perspective. I believe this was an honest attempt by the Signal team to improve the financial privacy of their users.

I’ll list what I believe to be the most common questions/concerns along with my thoughts. Feel free to skip through them to read what interests you the most.

Moxie Marlinspike, the creator of Signal, has made it clear through his actions and words that he is a cypherpunk at heart. I genuinely believe he wants to improve the world and bring social change through the use of cryptography.

He has worked full-time on Signal (formerly TextSecure) for over 11 years. It’s one of the best tools for privacy out there. No ads. No subscriptions. No data collection. Signal is a work of passion by someone that cares.

I believe Moxie wants to provide the same level of privacy and security for not only your communication, but your financial life as well. If you can message your family & friends with total privacy, why shouldn’t you be afforded the same courtesy for the payments you send them?

Unfortunately, this degree of privacy is not possible within the traditional financial system. If Signal were to integrate Stripe or PayPal, this would completely void any privacy, as all your personal information is legally required to be sent to these payment processors.

But I don’t care about cryptocurrency?

That’s absolutely fine. The feature is disabled by default, neatly tucked away in the settings.

If you don’t go out of your way to enable this option in the settings, nothing about your experience using Signal will change. You won’t see any pop-ups or intrusions, and other users cannot send you any MobileCoin if you did not explicitly opt-in to the feature.

So far, we haven’t seen any indication this will happen. It has been possible to install open-source Monero wallets in the App Store and Play Store nearly anywhere in the world for many years now (excluding authoritarian countries — but they’ve already banned Signal anyway). For the most part, non-custodial cryptocurrency wallets are easily accessible.

Even if governments have a change of heart, Signal has specifically prepared for such an event by implementing a server-side flag which allows them to disable the payments feature on a per-country basis. If a country does ban MobileCoin, Signal can immediately disable this feature for that specific country.

Isn’t this just a cash grab?

Rather than asking about a cash grab, I’d like to reframe this to a question of funding. Billionaire donations by the likes of Brian Acton won’t always be there to save the day. Sooner or later, Signal will have to face the question of sustainability head on, and personal donations often aren’t enough. The Tor Project, a 501c3 non-profit just like Signal, has been financially struggling for years, and had to lay off a third of its staff once the pandemic hit.

Although there are undoubtedly many ways in which the token distribution could have been improved upon, I do think it’s worth emphasizing that Moxie has stated that neither he nor the Signal Foundation own any MobileCoin.

Josh Goldbard, the founder of MobileCoin, has stated point-blank that he created MobileCoin to fund Signal. Non-profit organizations have restrictions on expenditures and salaries. If MobileCoin donates much of the money they receive from token sales to Signal, Moxie legally cannot pocket everything and walk away. He has had 11 years to cash out on Signal and has never done so, which is why I don’t believe he is doing so now either.

MobileCoin has been in the works for over four years. Why spend so much time and effort for a quick pump ’n’ dump? Why reimplement many complex cryptographic primitives in Rust, or put a painstaking amount of effort into porting things over to the safer Ristretto curve scheme? They could have just forked Monero’s C++ codebase and been done with it in a week.

I honestly believe that MobileCoin is a legitimate project that is trying to meaningfully move the ball forward on fast, easy & private transactions.

Monero is an amazing project that has done some remarkable things over the years. It has many valid use cases with a vibrant community, but there are a few usability drawbacks.

First, you cannot send two consecutive transactions without waiting 20 minutes. This is because Monero requires at least 10 block confirmations before you can spend any XMR that was sent to you. When you spend, you are sending the remainder to yourself, which essentially locks this balance until 10 blocks have been confirmed. This also means that if a friend sends you some money to help you cover a purchase, you cannot use the money they sent you for at least 20 minutes.

Second, although 0-conf can work, merchants will often take conservative approaches and require a certain number of block confirmations before proceeding with your purchase. This means it will often take at leasttwo minutes (the confirmation time for one block) before things are confirmed. Conversely, MobileCoin has finality under five seconds.

Third, private transaction retrieval requires downloading blocks to your phone and manually filtering them. If you’ve ever used the Monero CakeWallet, you’ll know it can sometimes take quite a while before everything is synced and you actually see your full balance. MobileCoin solves this by using fog, which allows for instant and private transaction retrieval without putting a heavy computational load on your phone.

It’s important to remember that Signal is trying to make very complex cryptographic innovations simple and accessible to the average user. If you want to compete with Venmo, it needs to be fast and easy, every time, without fail.

It is, but that’s okay. MobileCoin’s usage of SGX is simply additive. Under the hood, they use much of the same tech as Monero such as ring signatures and RingCT.

Even if you assume that Intel SGX is completely broken in every way possible, MobileCoin provides at least the same amount of privacy as Monero. The purpose of SGX is to provide defense-in-depth by potentially mitigating heuristic analysis that CryptoNote protocols are vulnerable to.

Federated consensus does certainly have its downsides, but making this compromise wasn’t due to malice or greed. In the research spheres of cryptocurrency, there is the scalability trilemma. Decentralization, security, and scalability: pick two.

This is an active area of research with many possible solutions. I don’t know if MobileCoin’s solution is the best — in fact, I’d be very surprised if it was. But at least it’s an understandable compromise. Fast privacy. Both Monero and Zcash simply do not provide the same user experience that is offered by MobileCoin.

Right now, the members of the federated consensus are available on the MobileCoin Foundation website. All of them are non-profit organizations, one of which is Fight for the Future, which organized the very popular campaign to save net neutrality.

Currently, the fees are around $0.50 per transaction. This is pretty high, but it’s simply because they haven’t gotten around to adjusting it to match the current MOB prices (it’s currently a fixed fee at 0.01 MOB).

The only purpose of the fees is spam deterrence. As the amount you send is encrypted, a malicious actor could just spam the network with millions of $0.00 transactions. This fee makes it costly to perform such an attack. The target fee price is $0.04 per transaction.

Why haven’t they been more transparent about the token distribution?

If anyone has read through Josh Goldbard’s comments on Hacker News, you will undoubtedly understand the frustration here. In multiple instances, he simply avoids answering a question altogether in his replies.

I don’t believe he is trying to hide any foul play here. It’s just that doing anything with cryptocurrencies in the United States is a regulatory mess. Only two weeks ago did the SEC announce that they are investigating some niche video platform LBRY that uses its own cryptocurrency. Here’s a quote from their response:

A disgusting implication of SEC vs LBRY is that if we had simply walked away in 2018 with more than $5,000,000, there would be no allegation of wrongdoing. By continuing to improve LBRY rather than walking away, SEC says we broke law.

The laws are really messy, and it’s really unclear as to what’s what. This is why MobileCoin has taken the approach of initially blocking all US persons and being extremely careful with what they publicly say until there is more clarity.

This is not to say they perfectly handled their communication. Even within the bounds of the law, many things could have been done better by both MobileCoin and Signal. But at least there is some basis for this initial lack of transparency.

I don’t work for MobileCoin nor am I an investor. I’ve been following the project for a few months now because I do think it has some genuine potential. Admittedly, I would have invested in MobileCoin if I had the opportunity, but as I am a US citizen, I did not. The only exchanges with any liquidity that offer MOB right now are FTX and Bitfinex, both of which require KYC information and don’t accept US customers.

Although I do believe many have presented very reasonable objections to this integration, I think we should cut Moxie a bit of slack and just see how things play out before jumping to conclusions.