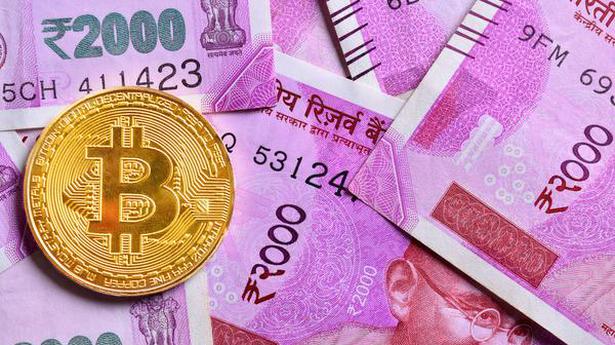 On May 19, 2021, the global cryptocurrency market crashed down to $1.19 trillion, which more than 50 per cent from the all-time high of $2.57 trillion. The blockchain technology-based digital cryptocurrency came into existence on January 3, 2009, when Satoshi Nakamoto launched the bitcoin blockchain. Soon, many cryptocurrencies were launched — LiteCoin, Ripple, Monero, Doge, and so on. All these cryptocurrencies were used for exchanging value between participants without needing the help of an intermediary like a financial institution.

In the year 2014, Vitalik Buterin who had co-founded Bitcoin Magazine in 2011, presented his idea of Ethereum blockchain. Ethereum was launched as a cryptocurrency network and as a decentralised application software development platform with its own scripting language. This gave birth to the phenomenon of smart contract. Today, there are thousands of DApps developed across industries live on the Ethereum platform.

In the hope of making a buck

The Ethereum team also built a protocol ERC20 that allowed anyone to easily create Ethereum-based tokens on a smart contract. And this made it possible for any start-up even at the ideation stage to raise crowdfunding support from global participants through a process called Initial Coin Offering (ICO). ICO became a new VC funding model in the crypto world. In the year 2017-18, hundreds of projects were launched and the total money raised was more than $18 billion. The highest money raised by a single project was by EOS, about $4.1 billion in a year-long running ICO.

Today, there are more than 5,000 crypto-tokens called Altcoins that are being traded across 400 + cryptocurrency exchanges present globally. In the last six months, the crypto currency market has increased from $500 billion to $2,500 billion, a five-time growth. This has been attracting a lot of new investors into the market with the hope of making some quick returns.

Any development or event in the bitcoin ecosystem impacts the whole crypto currency market. There is one such event called ‘bitcoin halving’ that takes place after about every four years which leads to a decrease in the new coin generation by half.

In the bitcoin blockchain network, new bitcoins are introduced into the system through a process called bitcoin mining where mining nodes create and propose new blocks solving a mathematical puzzle and then the whole network agrees on the new block that gets added to the blockchain via Proof of Work consensus mechanism. The node, whose block got added to the blockchain, is rewarded with the new bitcoins called the block reward.

Historically it has been seen that every bitcoin halving event leads to a new bull run in the cryptocurrency market and the last halving event was no different. During the previous bull run in 2017-18, bitcoin price went from $650 to $20,000 and in the current bull run, bitcoin price has already increased from $8,500 to an all-time high of $64,800.

The last bull run in 2017-18 was driven by retail investors, the current bull run, so far, has been mainly driven by institutions. Treasuries of leading corporates are taking exposure to bitcoin in order to hedge their currency risks. Tesla Incorporation bought $1.5 billion worth of bitcoin whereas MicroStrategy Incorporation bought bitcoin for $2.25 billion.

Many more corporates are investing in bitcoin through ETF-like funds that are operating in the cryptocurrency market. Greyscale Bitcoin Trust is one such prominent fund that has bought bitcoin for more than $24 billion and offered it to its various clients.

Recently PayPal decided to incorporate cryptocurrency onto its platform. Merchants on PayPal can sell their products and services accepting payments in select cryptocurrencies. PayPal allows its customers to buy cryptocurrencies for as low as one dollar. It will open this space to more than 300 million customers of PayPal who can participate in the blockchain revolution and invest in cryptocurrencies.

Many countries have recognised cryptocurrencies and have put in place some regulations around them. In the US, bitcoin is recognised as decentralised virtual currency. In Japan, it is a valid form of payment across stores. Germany has legalised bitcoin and allows its citizens to trade and transact in it. Whereas in China, recently there wes news of the government putting a ban on cryptocurrency trading in the country. In India, the government is studying this space and is expected to come out with guidelines soon.

Cryptocurrency markets are still in the early-stage and are prone to manipulations of large players called whales. Time and again, it has been seen that the market reacts to even tweets of some celebrity or corporate personality. The recent up-rise of Doge cryptocurrency, which started as a meme coin in 2013, making its way into the top ten is one such example.

For investors in this market, there are cryptocurrencies and their derivatives. One can spot buy cryptocurrencies or participate in leveraged trading or invest in ETFs running on several centralised crypto exchanges. People can also participate in staking, provide liquidity to the decentralised finance platforms and earn yield farming in the form of the platform’s native token. Then there are Non Fungible Tokens or NFTs that are getting popular among art lovers. Many savvy investors considering NFT to be an emerging market leading to tokenisation of the digital economy, and are investing in it.

Cryptocurrencies are evolving as a new asset class that is becoming popular among millennials. It is also being seen as a get quick rich investment. Many retail investors are getting into this space because of quick high returns. They need to understand the downside risk associated with this asset class and accordingly plan their entry and exit strategy.

(The writer is Visiting Faculty, Blockchain, at IIM Udaipur.)