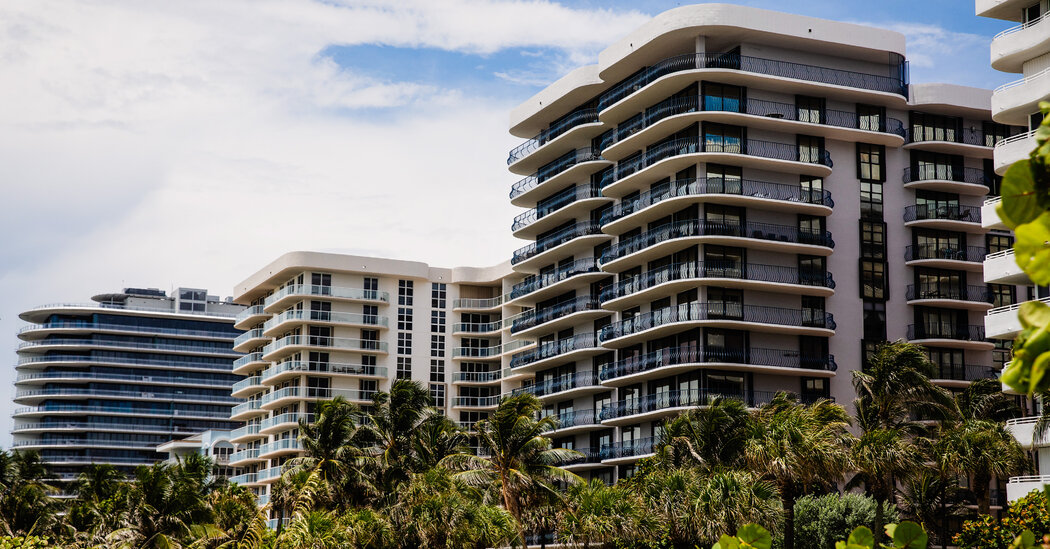 Fernanda Siqueira, who lives in a two-bedroom unit just a few blocks from what was Champlain Towers South, said her building, built less than two decades ago, is in need of significant repairs, some of which are currently underway. Nine years after purchasing her condo in 2009, she was assessed a $20,000 fee — $350 a month.

“It’s the hidden costs of buying into a condo,” she said.

And there are other complications: Soon after last month’s collapse, a number of insurance providers sent letters to condo owners demanding that they submit proof that their buildings had passed inspections, The Miami Herald reported.

Insurance on buildings and individual units had already been a problem vexing older beachside condo complexes, as they have grappled with the recurring threat of hurricanes and tropical storms as well as the effects of climate change. Insurance companies have pulled back in recent years in their willingness to cover these properties, Mr. Clarkson said, and rates have soared.

“It’s getting harder and harder to find what I could consider a legitimate company to come in and write a building like those,” he said, referring to insurers willing to cover such sites.

Beachside condos, in his view, have a measure of built-in resilience. “I don’t think the condo market is ever going to go anyplace,” he said. “How do you not want to come down here and open your windows in the morning, open your slider in the morning, and have a nice breeze come in?”

“It’s a question,” he added, “of shoring up the buildings.”

Still, the disaster has ratcheted up concerns and stoked fears about how older buildings might fare in the local real estate market, which, like in much of the country, has been booming in recent months.

In Miami-Dade County, condos costing $1 million or more have seen a surge in demand this year, with a 300 percent boost in sales from January through May over the same period last year, according to an analysis of sales data by Ana Bozovic, a broker and founder of Analytics Miami. Condos costing less than $1 million saw a 92 percent increase from last year.