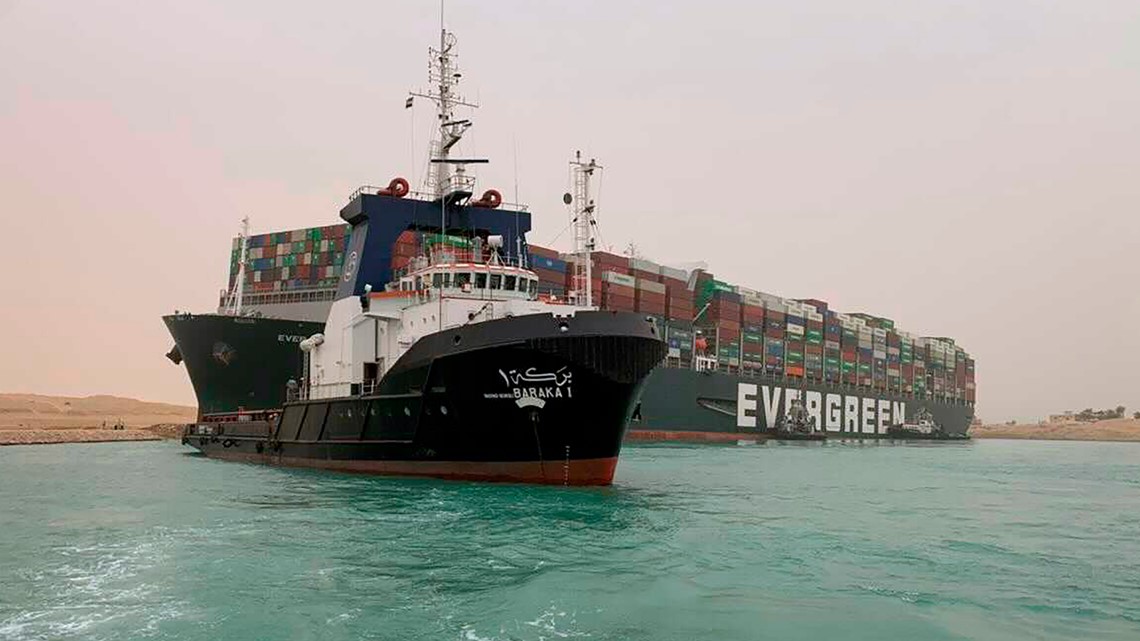 Container ships not able to get through the Suez Canal could impact the prices on fuel, food and other goods.

SAN DIEGO — Teams in the Netherlands and Japan are trying to figure out how to refloat a giant container ship stuck in the Suez Canal.

The Ever Given ran aground on Tuesday in Egypt and has been creating a massive backlog in shipments ever since. The ship is as long as the Empire State Building is tall and lodged sideways in the Egyptian canal causing a logjam for tanker ships.

“It’s not a massive issue but we’re such a globally interdependent supply chain that it could well become a massive issue,” said Simon Croom, PhD, University of San Diego, Supply Chain Management.

About 10% of all global trade travels through the 120-mile Suez Canal carrying $3 billion in cargo including food, medical supplies, fuel, textiles, and major appliances. Prices of those products could all go up if delayed.

The canal cuts transit time between Asia, Africa and Europe by two to three weeks which cut costs. If there is a delay, it could take a few weeks for prices to soar in the United States.

“So does that mean that we might not see any effect for two weeks, but then all of a sudden, because a lot of supply chains lean, that’s when we’re going to get hit,” said Croom.

The workforce could take a hit. Dr. Croom called it the reverse bullwhip.

Freeing the ship could take weeks.

“They have to be very careful on this because they don’t want to cause a situation that’s worse than exists right now,” said Mercogliano.

Experts say this hold-up exposes how fragile our global supply is when the pandemic has already weakened trade.

“So you’ve got clamoring for demand and we’re already seeing how contentious that gets with COVID vaccination supply,” said Croom.

This the second major ground of the Ever Given in recent years, which is one of the largest container ships.