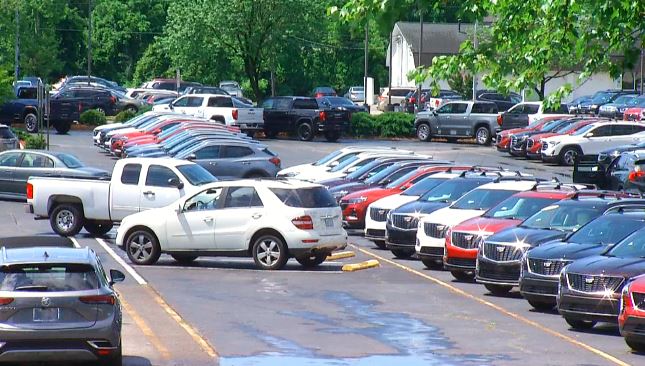 RALEIGH, N.C. (WNCN) – If you’re looking for a car, you might find new ones are in short supply and that is making the prices of used cars skyrocket.

There is more than just a motor inside your vehicle – it is literally a computer on wheels.

And that is creating problems for buyers and sellers.

“We have supply chain problems, most notably semiconductors,” said Scot Hall of SwapaLease.

Wireless audio components, along with the engine management system, HVAC system and your anti-lock brakes are just some of the features that depend on computer chips.

Right now, those semiconductors are in short supply, forcing automakers around the world to cut back production.

“When there are less new cars available, the demand is still there for cars in general, so people start looking at used vehicles,” said Hall.

“Right now is a great time to sell a used car,” said Hall. “The caveat I would give consumers is you’re going to have to replace it and that might be difficult.”

The shortage also means you might have to make concessions if you want to buy a new car just off the assembly line.

“If someone can put off that new vehicle purchase for a few months, that’s the best recommendation from a consumer standpoint,” said Hall.

If you are determined to have a factory new car, hit the internet and start searching.

“There are dealers out there with cars on their lots and still deals to be had, it just might be more difficult to find them than in the past.” he said.

Experts believe the shortage of chips could last the rest of this year and into early 2022, meaning used car prices will stay high.