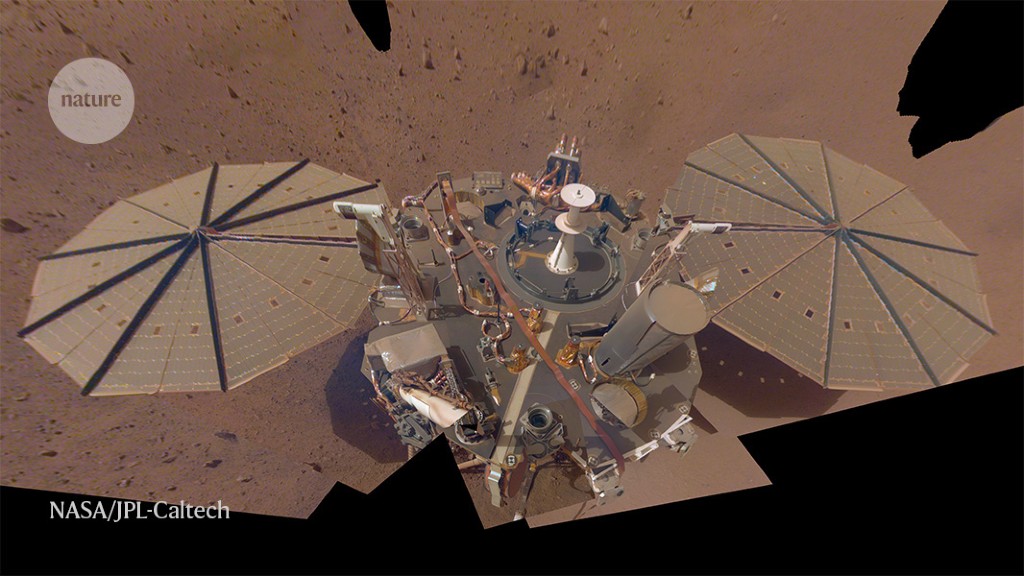 Scientists have peered into the heart of Mars for the first time. NASA’s InSight spacecraft, sitting on the Martian surface with the aim of seeing deep inside the planet, has revealed the size of Mars’s core by listening to seismic energy ringing through the planet’s interior.

The measurement suggests that the radius of the Martian core is 1,810 to 1,860 kilometres, roughly half that of Earth’s. That’s larger than some previous estimates, meaning the core is less dense than had been predicted. The finding suggests the core must contain lighter elements, such as oxygen, in addition to the iron and sulfur that constitute much of its make-up. InSight scientists reported their measurements in several presentations this week at the virtual Lunar and Planetary Science Conference, based out of Houston, Texas.

Rocky planets such as Earth and Mars are divided into the fundamental layers of crust, mantle and core. Knowing the size of each of those layers is crucial to understanding how the planet formed and evolved. InSight’s measurements will help scientists to determine how Mars’s dense, metal-rich core separated from the overlying rocky mantle as the planet cooled. The core is probably still molten from Mars’s fiery birth, some 4.5 billion years ago.

The only other rocky planetary bodies for which scientists have measured the core are Earth and the Moon. Adding Mars will allow researchers to compare and contrast how the Solar System’s planets evolved. Similar to Earth, Mars once had a strong magnetic field generated by liquid sloshing its core; but that magnetic field dropped dramatically over time, causing Mars’s atmosphere to escape into space and the surface to become cold, barren, and much less hospitable to life than Earth’s.

Simon Stähler, a seismologist at the Swiss Federal Institute of Technology in Zurich, reported the core findings in a pre-recorded 18 March presentation for the virtual conference. Stähler declined an interview request from Nature, saying the team intends to submit the work for publication in a peer-reviewed journal. 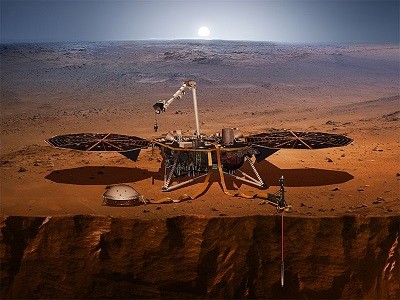 The work builds on earlier findings from InSight that detected layers in the Martian crust. “Now we start to have that deep structure down to the core,” said geophysicist Philippe Lognonné in another pre-recorded talk. Lognonné, based at the Paris Institute of Earth Physics in France, heads InSight’s seismometer team.

The spacecraft, which cost nearly US$1 billion, landed on Mars in 2018 and is the first mission to study the red planet’s interior. The stationary lander sits near the Martian equator and listens for ‘marsquakes’, the Mars equivalent of earthquakes. So far, InSight has detected around 500 quakes, meaning the planet is less seismically active than Earth but more so than the Moon. Most marsquakes are very small, Lognonné said, but nearly 50 of them have been between magnitude 2 and 4 — strong enough to provide information on the planet’s interior.

Just as seismometers do on Earth, InSight measures the size of the Martian core by studying seismic waves that have bounced off the deep boundary between the mantle and the core. With information from enough of these deep-travelling waves, InSight scientists were able to calculate the depth of the core–mantle boundary and hence the size of the core. The seismic data also suggest that the upper mantle, which extends to around 700 to 800 kilometres below the surface, contains a zone of thickened material in which seismic energy travels more slowly.

In an effort to replicate the conditions inside planetary cores, other researchers have squeezed combinations of different chemical elements at high pressures and temperatures. InSight’s estimate of the Martian core density agrees with many of those laboratory-based estimates, says Edgar Steenstra, a geochemist at the Carnegie Institution for Science in Washington, DC.

InSight might be running out of time to make discoveries. Dust has been piling up on its 2-metre-wide solar panels, cutting down on the amount of power the spacecraft can generate. Mars is also moving towards the farthest point from the Sun in its orbit, which will further limit the craft’s opportunity to recharge.

“This is going to cause us to reduce our instrument usage over the next few months,” says Mark Panning, InSight’s project scientist at the Jet Propulsion Laboratory in Pasadena, California.

In January, the team already had to give up on its German-built ‘mole’, a thermal probe that was supposed to bury itself in the soil and measure heat flow, but which encountered problems with friction and couldn’t dig deep.

Drastic temperature changes on Mars that occur when day turns to night and vice versa, create noise in the signals that Insight’s seismometer collects, as the tether connecting it to the lander lays exposed on the planet’s surface. So InSight is now trying to bury the tether by scooping dirt onto it in an attempt to insulate it.

InSight detects marsquakes mostly at night, because daytime winds cause too much shaking and interfere with seismic signals. But the windy season at its landing site recently drew to an end. Team scientists are looking forward to new-found seismic quiet to catch as many marsquakes as they can before the mission has to end.