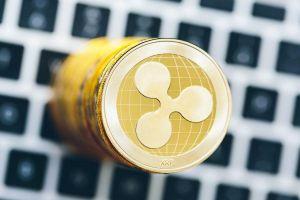 The epic war between Ripple (XRP) and the US Securities and Exchange Commission (SEC) has entered a new chapter, with the latter writing to the court to claim Ripple has been on a PR offensive in a bid to warp the public’s view of the XRP token.

The long struggle revolves around the SEC’s claim that XRP is a security, and thus falls under legislation that dates back to 1933. If it is successful in proving this, the SEC will likely be able to convince the court that Ripple and its executives have carried out multiple illegal securities sales in instances going back eight years.

But in the letter, addressed the South District of New York Judge Sarah Netburn, SEC lawyer Jorge Tenreiro wrote that the regulator wanted the court to grant it access to evidence related to what it called Ripple’s “lobbying efforts.” The “efforts,” the SEC claimed, had been “designed to create ‘market confusion.”

The SEC pulled no punches in its letter, insisting that “Ripple should […] be compelled to produce documents concerning its lobbying efforts.”

The regulator appears to have taken issue with the fact that Christopher Giancarlo, the former Chairman of the regulatory Commodity Futures Trading Commission (CFTC), has been placed “on the Ripple payroll.” Last year, Giancarlo made headlines by claiming that XRP is not a security.

The SEC made mention of the need to obtain “evidence of efforts by Ripple to affect public perception – or to sow confusion in the market – about XRP’s regulatory status,” adding that it was “relevant to rebutting Ripple’s affirmative defense that it lacked fair notice.”

The SEC sought to back up its claims by writing that “Ripple engaged in such [lobbying] efforts by, for example, putting on its ‘payroll; a former government official to make statements about the status of XRP,” and then “relying on statements that it paid that official to make to support its litigation position.”

And the regulator told the judge that it was “entitled to test whether the supposed ‘confusion’ was bought and paid for by Ripple,” and not “a reflection of genuine market sentiment.”

The letter also confirmed the SEC’s intentions to conduct an additional discovery process as part of its case against the firm. This involves a request to expand the scope of the investigation to six additional people the regulator says are related to Ripple and have special knowledge of the terms of XRP sales deal.

– XRP Deemed a Security Wouldn’t Harm Ripple, but Might Hurt US – CEO
– Fact-checking Ripple’s Claim that ‘Many G20 Gov’ts’ Call XRP a ‘Currency’

A primer to the ‘LOOT’ effect on Ethereum’s network you didn’t know about – Coin-News24.com