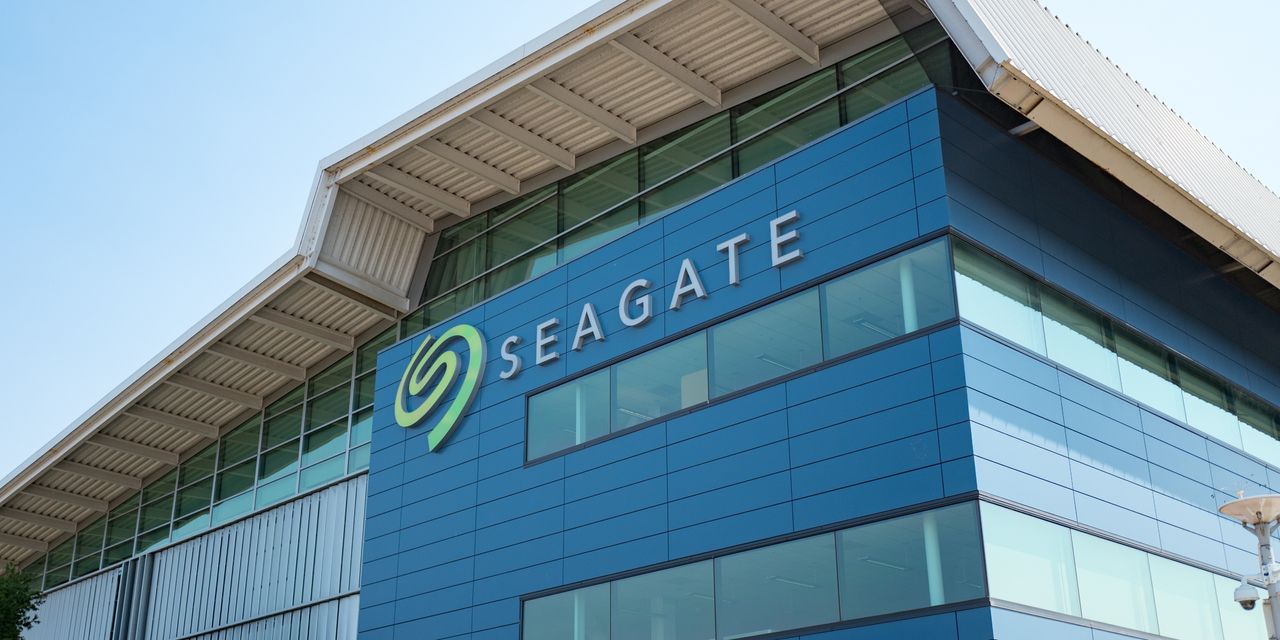 
Shares of the disk-drive makers

soared Friday amid reports of skyrocketing demand for high-capacity drives used to create Chia, a new cryptocurrency started by Bram Cohen, the creator of the file-download standard BitTorrent.

Reports about the impact Chia has been having on the disk-drive market have been circulating for weeks now. Western Digital (ticker: WDC) CEO
David Goeckeler
told Barron’s late last month that it was seeing a pickup in demand for high-capacity from Chia producers, or “farmers.” Barron’s also mentioned the impact Chia is having on drive demand in a bullish feature last week on Seagate (STX) shares.

The surge in the two drive stocks Friday appears to have been triggered by a research note by Morgan Stanley analyst
Joseph Moore.
The model Chia uses to create new coins differs from that used for other cryptocurrencies, he said, arguing that it is likely to boost demand for disc drives significantly over the short term.

used for mining the cryptocurrency ethereum.

Moore said most cryptocurrencies rely on a “proof of work” model to verify transactions. Essentially, crypto miners solve complex mathematical problems to earn coins. That requires lots of computational power, which explains why traditional crypto mining is so energy intensive.

Chia’s approach is tied to storage capacity committed to be used on the blockchain, rather than computational might. As Moore wrote, “the benefit is that power consumption is much lower, since the calculations are much lower and less demanding than proof of work.” But what it does require is vast disc-drive capacity.

Moore said demand from Chia farmers has already had an effect on the hard-drive market. A few weeks ago, he said, there were reports of a significant shortage of enterprise-class drives of 10 terabytes or higher in the sales channel. He estimates that Chia farmers have already purchased about 10 exabytes of hard-drive capacity.

To put that in perspective, he said, total monthly sales of enterprise-class drives has been running about 80 exabytes. He noted that the new source of demand comes at a moment when overall demand is surging, with supply issues for key components like disk-drive controllers.

Moore says the result has been a surge in prices for drives sold through distributors and retailers, rather than via long-term contracts. He notes that about 40% of Western Digital’s drives are sold via distributors, while Seagate sells about 30% of its drives that way. The analyst said hard-drive prices in the U.S. market rose 7.4% from the week ended April 25 through the week ended May 2—the largest weekly increase since at least 2015. So far this quarter, average selling prices are up 8.2%, a record..

The analyst’s thesis is that the spike in demand will fade after the second quarter – but he also raised the question of what happens if it doesn’t. The total value of Chia created to date is about $500 million, but the Bitcoin market is about 2,000 times that, he said..

“If some proof-of-space verification methodology takes holds to anywhere near the degree as proof-of-work, which is very possible given the focus on energy consumption in proof-of-work, it would drive storage demand much higher, and likely boost margins for a sustained period,” he wrote.