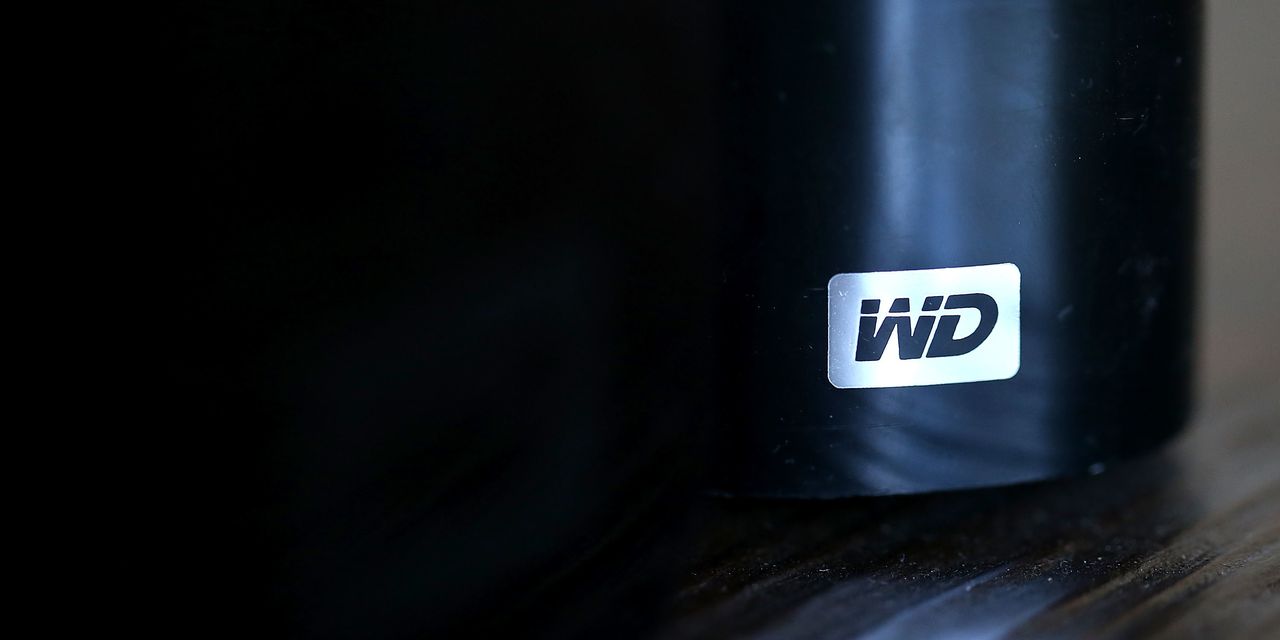 
The cryptocurrency world’s hot new thing is Chia, a new digital currency dreamed up by Bram Cohen, also the founder of the wildly popular file-download service BitTorrent. In one of the weirdest twists of this particular craze, China’s so-called cryptocurrency farmers are driving a mammoth rally in shares of disk-drive makers

Over the last three trading days, shares of Western Digital (ticker: WDC) and Seagate (STX) have rallied 24% and 19%, respectively. The rally accelerated on Friday after Morgan Stanley analyst Joseph Moore noted that a huge increase in demand for high capacity disk-drives was driving up prices and creating shortages.

The surge in demand reflects the fact that Chia uses a different model than other cryptocurrencies to create new coins. Most cyrptocurrencies rely on a “proof of work” model to verify transactions: Miners solve complex mathematical problems that require lots of computational power to earn coins, which explains why traditional mining is so energy intensive.

The energy intensive nature of traditional mining has attracted an increasing amount of criticism.

and SpaceX CEO
Elon Musk
roiled the Bitcoin market recently when he said that his electric vehicle company would no longer accept the digital coin for purchases. “Cryptocurrency is a good idea on many levels and we believe it has a promising future, but this cannot come at a great cost to the environment,” Musk wrote on Twitter. The Cambridge Center for Alternative Finance estimates that Bitcoin mining alone accounts for 0.66% of global electricity consumption.

Chia’s approach to creating new coins is tied to storage capacity committed to being used on the blockchain, rather than computational might. As Moore wrote last week, “the benefit is that power consumption is much lower, since the calculations are much lower and less demanding than proof of work.” What Chia does require is vast disk-drive capacity.

Reports about the impact Chia has been having on the disk-drive market have been circulating for weeks. Western Digital CEO
David Goeckeler
said in April that it was seeing a pickup in demand for high-capacity disk drives from Chia producers, or farmers. Barron’s also mentioned the impact Chia is having on drive demand in a bullish feature earlier this month on Seagate shares.

analyst Sidney Ho weighed in on the situation in a research note released on Sunday. Ho noted that the total storage space used by the Chia network has “expanded exponentially over the past few weeks,” topping 4 exabytes as of the publication of his report from less than 1 exabyte at the end of April. By Monday morning, the total had surged past 6 exabytes, according to the website Chiaexplorer.com.

To put that in perspective, Seagate sold 140 exabytes of storage in the March quarter—and a substantial portion of that storage is sold under contract to hardware manufacturers.

Moore last week noted that Western Digital sells about 40% of its drives via distributors and retailers, while Seagate sells about 30% that way.

A weekly guide to our best stories on technology, disruption, and the people and stocks in the middle of it all.

“While the use of storage for Chia is relatively small compared to the total industry output, demand for large consumer hard drives has increased significantly due to Chia mania, with drives sold out on many websites and pricing on secondary markets meaningfully higher than usual,” Deutsche Bank’s Ho wrote.

Ho said the Chia issue would not raise prices for disk drives as much as the severe 2012 Thailand floods, which he noted drove up disk-drive prices by 22%. “A large portion of [drive] business is still tied to sales from a few large customers with pre-negotiated prices,” he said.

But the situation is volatile. There’s no way of knowing how long demand will last or how much the industry will be warped by Chia farmers. It could be a short-lived phenomenon or could ratchet up demand for drives if crypto investors shift their preference to greener options.

“Our view right now is that Seagate and Western Digital will benefit from incremental volume, pricing and thus gross margin tailwinds in the short-term, but that cloud demand  … remains the primary driver of results,” Ho wrote. “Longer-term, there just remains too much uncertainty … on the future general acceptance of Chia or most cryptocurrencies to fundamentally adjust our outlooks for the industry… Whatever Chia becomes, though, it is a positive for the industry to see additional potential consumer growth opportunities.”

On Monday, both Seagate and Western Digital shares were up more than 6%, and both stocks set new 52-week highs.