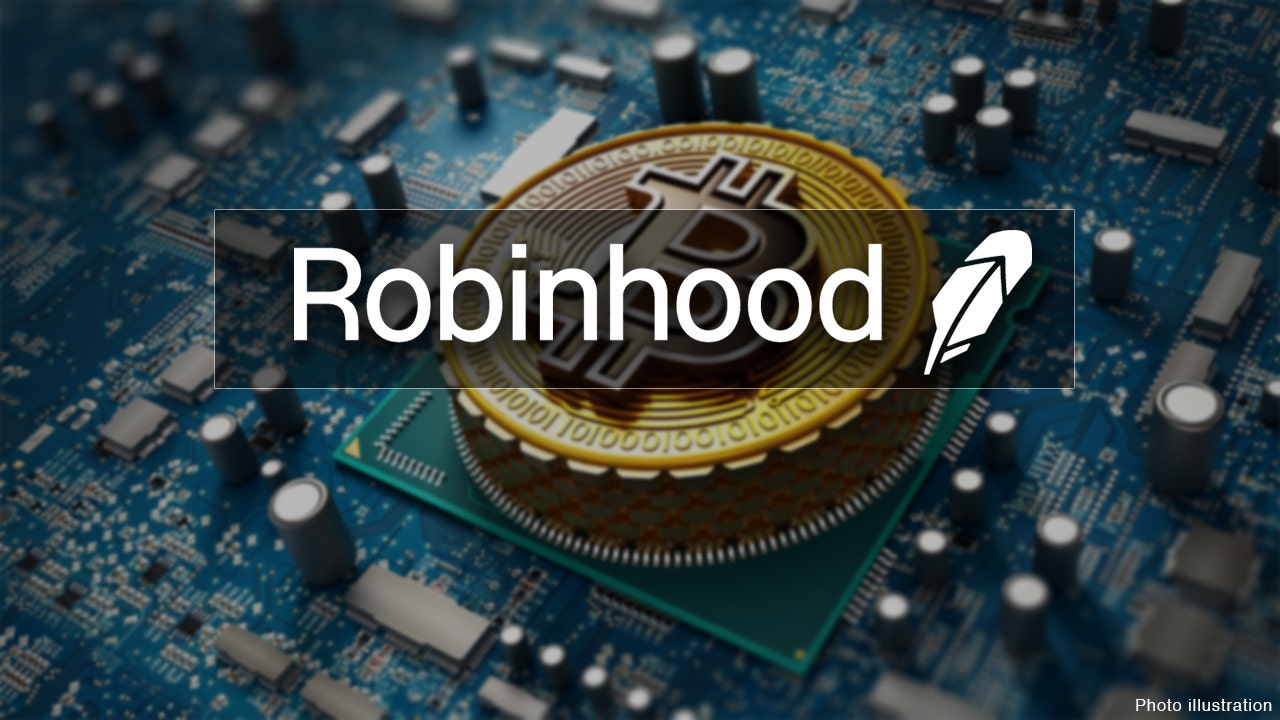 FOX Business’ Stuart Varney weighs in on Tesla buying $1.5 billion in bitcoin and accepting it as payment for cars.

Robinhood has seen six million new cryptocurrency traders on its platform in the first two months of 2021.

“That’s more than the number of new crypto traders at Robinhood during the entirety of 2020,” Robinhood co-founder Vlad Tenev tweeted Thursday.

In comparison, each of the first two months of 2021 saw around 2.9 million users trading through Robinhood Crypto.

According to recent Congressional testimony by Tenev, the platform has over 13 million total users.

The announcement comes just a day after Berkshire Hathaway vice chairman Charles Munger warned that Robinhood and other brokerage apps are trying to lure amateur investors with promises of commission-free trading.

“Robinhood trades are not free. When you pay for order flow, you’re probably charging your customers more and pretending to be free,” the 97-year old investor said during the Daily Journal’s annual shareholder meeting, which was livestreamed by Yahoo Fiannce.  “It’s a very dishonorable, low-grade way to talk. And nobody should believe that Robinhood’s trades are free.”

Munger blamed the brokerage apps for enabling the recent trading frenzy in stocks including GameStop by gathering “a whole lot of people who are using liquid stock markets to gamble the way they would in betting on race horses.”

“It’s really stupid to have a culture which encourages as much gambling in stocks by people who have the mindset of racetrack bettors,” Munger said. “And if you’re selling them gambling services where you rake profits off the top like many of these new brokers who specialize in luring the gamblers in. I think it’s a dirty way to make money. And I think that we’re crazy to allow it.”

Robinhood fired back at Munger on Thursday, calling his comments “disappointing and elitist.”

“In one fell swoop an entire new generation of investors has been criticized and this commentary overlooks the cultural shift that is taking place in our nation today. Robinhood was created to allow people who don’t have access to generational wealth or the resources that come with it to begin investing in the U.S. stock market,” a Robinhood spokesperson told FOX Business in a statement. “To suggest that new investors have a ‘mindset of racetrack bettors’ is disappointing and elitist. It should be celebrated that we are seeing market investors begin to diversify and that education and awareness about the values of investing are diffusing further into previously untapped generations.”

In addition, Munger dismissed bitcoin, noting it is too volatile to become a “medium of exchange for the world.”

Warren Buffett’s long-time partner said the bitcoin is  “really kind of an artificial substitute for gold and since I never buy any gold, I never buy any bitcoin,” he added. “I recommend that other people follow my practice.”

He described bitcoin as “the pursuit of the uneatable by the unspeakable,” paraphrasing a quotation about fox hunting from playwright Oscar Widle’s “A Woman of No Importance.”

Despite critics like Munger, companies including Tesla and Square have recently begun to embrace the world’s biggest cryptocurrency, Bitcoin, with their own investments. Square announced on Tuesday that it would invest $170 million more in bitcoin while Tesla announced in an SEC filing earlier this month that it has invested $1.5 billion in bitcoin to “further diversify and maximize” the return on its cash. The electric automaker also said that it expects to begin accepting bitcoin as a form of payment for its cars in the “near future.”

In addition, companies like Mastercard and BNY Mellon have recently announced plans to introduce services supporting cryptocurrencies later this year.

GET FOX BUSINESS ON THE GO BY CLICKING HERE

In another sign of cryptocurrencies going mainstream, digital currency exchange Coinbase filed its S-1 prospectus with the Securities and Exchange Commission on Thursday for a direct listing on the New York Stock Exchange, in which it plans to trade under the symbol COIN.

According to the paperwork, Coinbase has reached 43 million verified users as of the end of 2020, with 2.8 million users making transactions each month and a total of $90 billion of assets held in trust. Coinbase reported its first annual profit of $322 million on revenue of $1.2 billion. The company also disclosed ownership of $316.1 million worth of crypto assets on its balance sheet as of Dec. 31, compared to $33.9 million at the end of 2019.

“Since our founding in 2012, Coinbase has held bitcoin and other crypto assets on our balance sheet — and we plan to maintain an investment in crypto assets as we believe strongly in the long-term potential of the cryptoeconomy,” the company wrote in a blog post.

Still for all the headlines, Coinbase’s S-1 filing acknowledged the significant risk that it is taking going forward due to the unpredictable volatility of cryptocurrencies.

“All of our sources of revenue are dependent on crypto assets and the broader cryptoeconomy,” the filing reads. “There is no assurance that any supported crypto asset will maintain its value or that there will be meaningful levels of trading activities. In the event that the price of crypto assets or the demand for trading crypto assets decline, our business, operating results, and financial condition would be adversely affected.”

Bitcoin founder Satoshi Nakamoto, who is listed in the S-1 as an interested party in the deal, is also described as a potential risk, noting that his identification or the transfer of his Bitcoins could adversely impact Bitcoin’s value as well as Coinbase’s business.

Bitcoin, which has seen a meteoric rise in 2021, is hovering near $49,000 Thursday as of the time of publication.