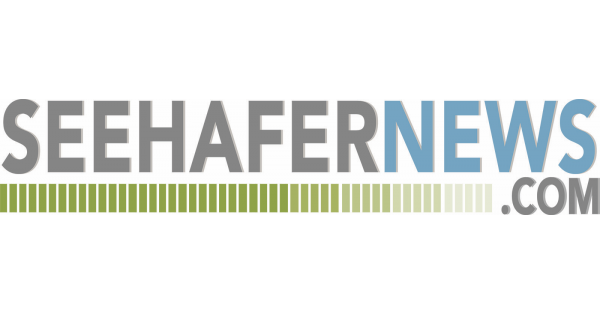 The following article is written for the Woodland Dunes Ripples from the Dunes series, by Jackson Bjork, Summer Intern.

One of the many things I enjoy most in life is going for drive on a beautiful summer day in my Jeep Wrangler with the windows off, the convertible top down, and feeling the cool lake breeze running through my hair. While on a drive a few weeks ago near Mishicot, my enjoyment was suddenly interrupted by a rock-shaped object lying in the middle of the roadway. After I narrowly missed the suspicious object, my curiosity overwhelmed me so much that I immediately turned around at the nearest driveway and headed back to its location. What I saw when I approached the object was a frightened turtle trying to cross the dangerous road. It was then that I made it my mission to rescue the helpless turtle! After the avoided another oncoming car, I urgently ran over and retrieved him. Once I had him back in the safe haven of my Jeep, I inspected him and realized that he was a painted turtle (Chrysemys picta) more specifically he was the subspecies Western painted turtle (C, p. bellii).

Painted turtles are one of the most numerous turtles that live in North America. They can be found from Southern Canada to Northern Mexico and there are a total of four subspecies that make up the entirety of painted turtles. These subspecies are the Eastern (C. p. picta), Midland (C. p. marginate), Southern (C. p. dorsalis), and the Western painted turtle, which is the one that I found on the road. The turtles are very distinctive by there yellow, orange, or red striped patterns that can be observed on their skin. What distinguishes the subspecies apart from each other are the patterns on their shells. The Western, which is also the most common in Wisconsin, can be easily identified by the vibrant red pattern on the bottom their shells.

Now, my initial mistake rescuing the turtle was taking him to what I deemed a “safer location” that was far away from the unsafe road. Many people every year assume they are doing the right thing by moving turtles off roads and take them to other locations that provide a safer habitat, but doing this actually harms the turtles. In fact, it is a better idea to simply move the turtle off the road in the direction they were facing. This is because the turtle is more than likely trying to get back to its eggs or specific habitat that they rely on for their survival. Moving the turtle to a new location will only put them in more jeopardy. If moved they will be unfamiliar with the new habitat and will go by whatever means possible to get back to the home that they were removed from. While trying to get home they will cross more roads and be easily exposed to predators. Luckily, I was informed of this information before I released the turtle somewhere else and now that same little turtle I saved from the road is back where he belongs, in his home.