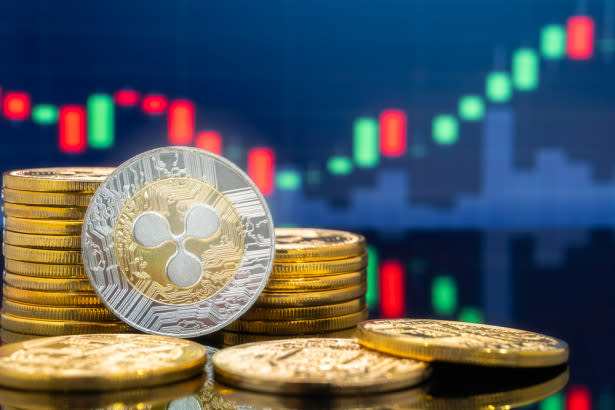 Ripple CTO David Schwartz, alongside software engineers Aanchal Malhotra and Nikolaos D. Bougalis, is behind a proposal on Github to add non-fungible token (NFT) support to the XRP Ledger, on which XRP transacts. Ripple is not letting its ongoing fight with the U.S. Securities and Exchange Commission (SEC) over the classification of XRP get in the way of innovation.

Ripple is looking to ride on the coattails of the popularity of NFTs, which are digital assets comprising real-world attributes such as art, video, audio, etc. Most NFTs are built on the Ethereum blockchain, where one NFT recently sold for a whopping USD 69 million, but other platforms — most recently Ripple’s XRP Ledger — are now looking to muscle their way into the fray.

These other blockchains are pushing the fact that Ethereum transactions are expensive right now, in some cases adding as much as “hundreds of dollars” to the cost of the NFT due to lofty gas fees, which is the expense users pay to miners for completing transactions on the blockchain. If Ripple successfully adds NFT capabilities, it could provide another use case for XRP, which in turn could send the price even higher. XRP has taken investors on a roller coaster ride of late but has managed to climb 300% year-to-date. According to Messari, XRP’s peak was USD 3.30, which it hit in 2018.

The XRP ledger already supports fungible tokens, such as XRP, which speaks to the interchangeability of the asset. If you swap out one XRP coin for another XRP coin, the coin still holds the same value for you. Fiat money is fungible, as is bitcoin. Non-fungible tokens, the game that Ripple wants to get into, have different features. This means that one NFT does not hold the same value as another NFT. As the Github proposal explains, NFTs are:

As mentioned, NFT capabilities would surely be a tailwind for Ripple, and it could use the wind at its back right now. It is in the midst of a battle with the U.S. securities regulator over the status of XRP. The SEC has accused Ripple of raising more than USD 1.3 billion via an unregistered securities offering. Even the former head of the U.S. Commodity Futures Trading Commission (CFTC), Chris Giancarlo, argues that XRP doesn’t belong in the securities camp and instead should be treated as a “currency or medium of exchange.”

This article was originally posted on FX Empire