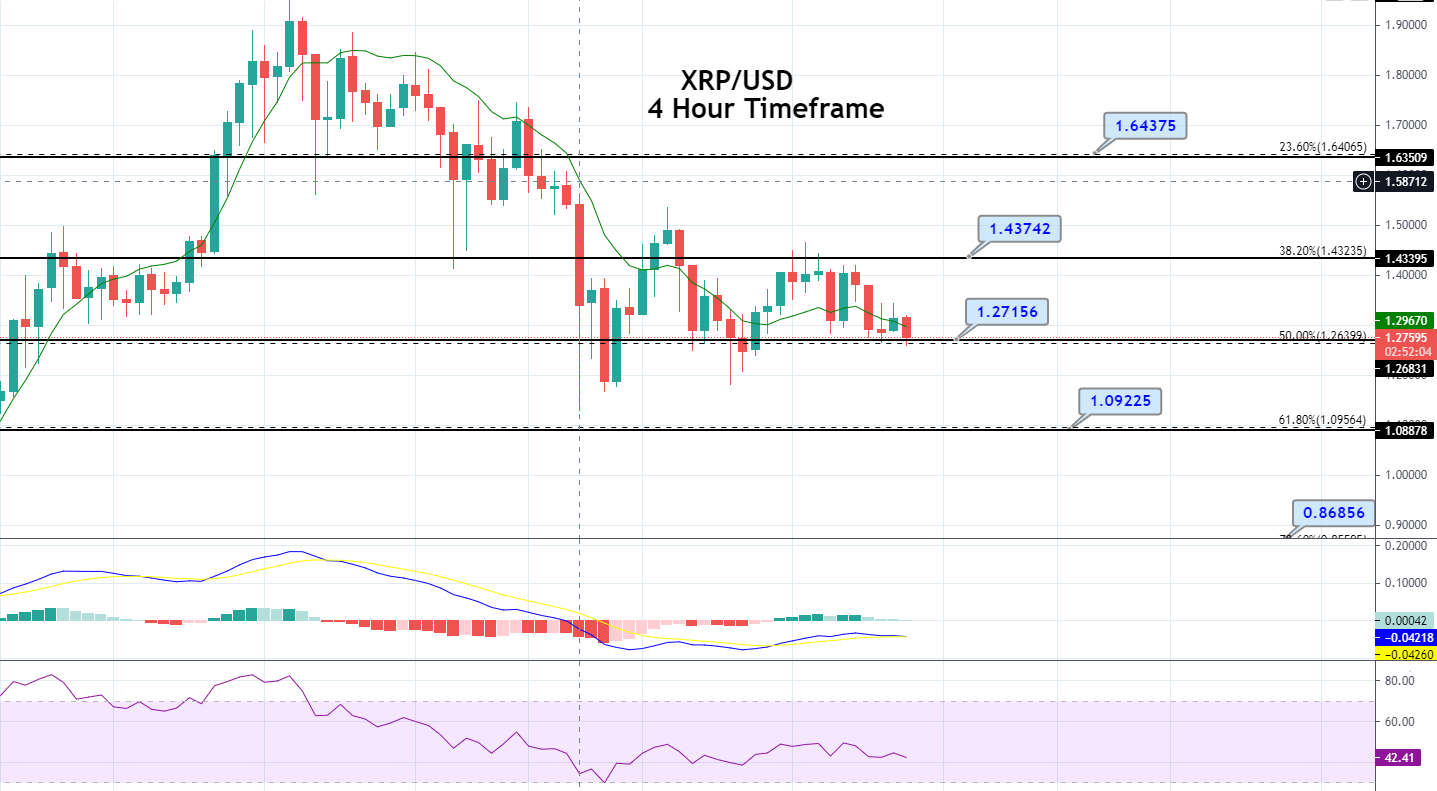 XRP/USD closed at 1.38508 after placing a high of 1.39380 and a low of 1.24200. XRP/USD broke its five-day bearish streak and posted gains on Tuesday amid the recent market turn due to positive news. On Tuesday, the data from digital currency manager Coinshares showed that the inflows into cryptocurrency funds and products hit $4.9 billion in mid-April. In the first two weeks of April, the inflows hit about $400 million to $4.9 billion, about 9% higher than the all-time high of $4.5 billion in the first three months of the year. This news added strength to the cryptocurrency market and supported the digital asset’s prices, including XRP.

Furthermore, institutional investors have rallied around Ripple’s XRP this past week, with the assets under management (AUM) or XRP investment products nearly doubling. This week, roughly $33 million flowed into XRP products that pushed the sector’s AUM up to $83 million. Ripple moved nearly 300% in April alone and reached a new all-time high. The cryptocurrency has catapulted into the top five coins by market cap once again as its price moved above the mark of $1. Despite being banned from several exchanges, XRP gained upward momentum as positive news on the case against SEC began to reach media outlets.