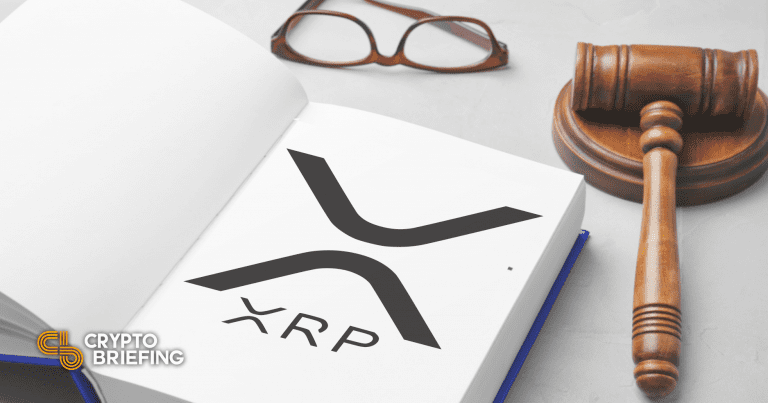 As part of an ongoing lawsuit, Ripple has countered the SEC’s previous legal motions by filing a new legal memo. This memo claims that the SEC misquoted key parts of Ripple’s defense.

In December, the SEC filed a lawsuit against Ripple, alleging that its sales of XRP constitute an unregistered securities offering.

As the case progressed, Ripple attempted to defend itself by arguing that there was a lack of due process and fair notice from the SEC. Ripple also requested a discovery of SEC documents.

In April, the SEC filed a motion to dismiss this, arguing that Ripple’s defense and demands would impose unfair obligations on it.

Now, in a new memorandum, Ripple has accused the SEC of omitting “key parts of discussions” in its motion to dismiss its claims.

First, the SEC quoted Ripple as stating that its request for communications “[had] great relevance …to [its] fair notice defense.” However, Ripple says that its full statement implies that the request was relevant whether its defense was successful or not.

Ripple reiterated the statement in today’s memorandum, which reads: “The discovery is relevant “both” to the fair notice defense ‘and the same … applies to whether the individual defendants were reckless or had knowledge that XRP would be found to be a security.’ ”

Secondly, Ripple claims that the SEC misquoted a statement from the case’s judge. In its previous motion, the SEC claimed that the case’s judge said that discovery of internal communications “could conceivably be relevant to Ripple’s fair notice defense.”

However, Ripple says that this is incorrect; rather, the judge stated that the SEC’s charges merely open the door to such a discovery.

It remains to be seen whether Ripple’s claims will be effective. The SEC previously stated that to its awareness, “no federal court has accepted a defendant’s argument” around lack of notice.

Given the case’s previous developments, it is nearly certain that the SEC will continue to oppose Ripple’s claims in the future.

It is still unclear when the case will come to a conclusion. Though it could conclude by the end of the year, each party’s resistance to the other means the case may last until 2023.

Disclaimer: At the time of writing this author held less than $75 of Bitcoin, Ethereum, and altcoins.

The judge presiding over the SEC’s case against Ripple has ordered the regulator to share documents. Those documents will reveal the SEC’s stance on which cryptocurrencies are considered securities. Ripple…

What Is Ripple? Introduction to XRP and Ripple Labs

What Is Ripple? Ripple Labs is a blockchain business founded in 2012, and is one of the oldest cryptocurrency-based technology companies. It developed the Ripple payment protocol, a transaction network…

What Are Non-Fungible Tokens (NFTs)?

Tokenization is well-suited for commodities like fiat currencies, gold, and physical land. A fungible asset’s representation on blockchain makes commodities tradable 24/7 via borderless and frictionless transactions. Fungible goods are…