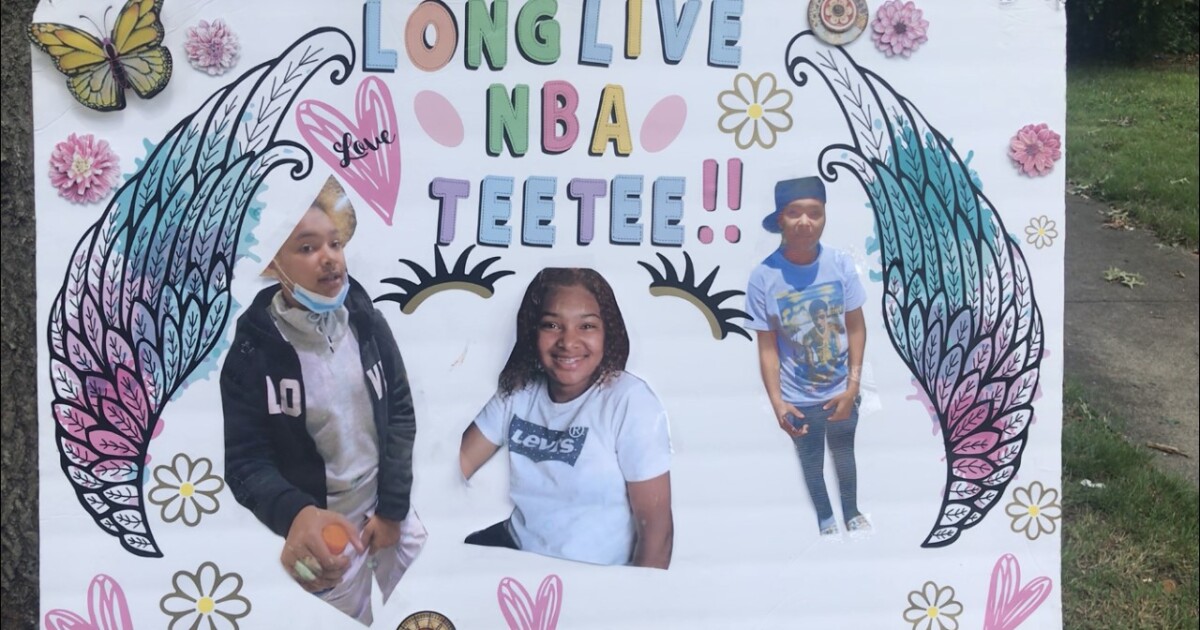 VIRGINIA BEACH, Va. — “Teonna meant the world to everybody. She was the joy of the party,” Shaquita Horn said.

Horn is a relative of Teonna Coburn, also known as “Teetee,” the 15-year-old teenager who was shot and killed on Saturday She unfortunately she died at the hospital.

She was walking in the neighborhood where the shooting, Monday morning, with her son. He held a placard that had “Teetee’s” picture and the message “Long Live NBA ‘Teetee.'”

The scenario is making Horn wonder why anyone would do something like this.

“I just want to know why,” Horn said. “Because she was going to come to the party that we were having and then some guys approached them.”

Saturday night’s shooting was one of several that injured children in the last several weeks throughout Hampton Roads.

Michalko is a retired police officer with more than 30-years’ experience in law enforcement. He said the trauma of a child being killed by gun violence won’t just be felt that one moment.

“When a parent has to bury a child, that is something that parent will have for the rest of their lives,” Michalko said. “Every holiday is a reminder, every birthday is reminder, every anniversary of the death is a reminder and sometimes that’s more than people can bear.”

He says it does not just impact the family, friends and the community, but those who respond to the scene.

The family may soon be reunited with the surviving 17-year-old gunshot victim, as the family expect him to recover. He was the second victim in the shooting. This, while “Teetee” will forever live in their memories.

The family has set up a GoFundMe page to help raise money for funeral expenses. If you would like to contribute, click here to be taken to the fundraiser.