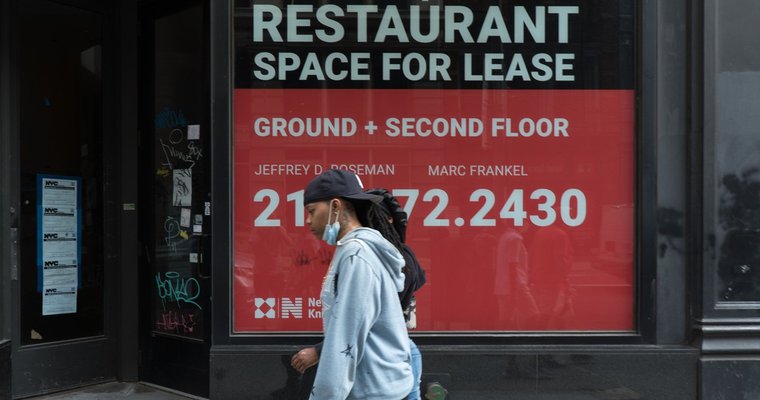 Far from needed for beleaguered restaurateurs, another issue has cropped up to stymie a return to brighter days. Nearly half of owners surveyed said they’re likely not going to make rent this May and it’s all the result of not being able to hire enough workers.

Forty-nine percent of restaurant owners polled said they can’t reach revenue goals because they can’t find enough workers. As a result they can’t meet their rent payments either. (Photo: iStock)

For restaurateurs a new operational thorn has emerged that is shaping up to be a direct side effect of the labor shortage: rent payment problems.

Many operators are saying they aren’t able to meet this key business payment as a direct result of the shortened hours and even closures brought on by a lack of workers. This was one of the chief findings of recently released survey from the online small-to-mid-sized business referral network and research center, Alignable, which shows nearly half — 49% — of restaurant operators can’t afford their rent this month. That’s up from 31% last month, as many restaurateurs report a worsening of their abilities to hire and retain enough workers to meet their income needs.

Alignable surveyed 7,774 U.S. business owners across a number of industries between April 24 and May 17, finding most businesses in all sectors said they were experiencing issues with rent payments due to inflationary pressures and hiring shortages, the business network told Pizza Marketplace. But the company also relayed that it found the problem was at its worst across the restaurant sector.

On top of that, though industries like construction were also having rent payment problems, in the case of those other business segments the issues were largely attributed to inflationary pressures around things like gas and lumber prices. But in the restaurant sector, the rent payment shortfalls were overwhelmingly attributed to the lack of willing and able employees to fill jobs during their operating hours and serve customers.

“We learned from our poll for Alignable’s May Road To Recovery Report that 51% of small business owners are having trouble finding workers to hire,” Chuck Casto, Alignable head of corporate communications and news, told Pizza Marketplace. “In terms of restaurant owners, that number was even higher with 66% telling us they could not fill their open positions. Based on that data, and hundreds of comments we’ve received, it’s fair to say that much of the setback for restaurants can be attributed to the labor shortage.”

And most heartbreaking perhaps for pizza business owners is that this is all happening as diners are finally returning in greater numbers as pandemic restrictions lift, bringing a nine-week streak of positive sales growth, according to Black Box Intelligence’s most recent weekly report on May 25. But Black Box also relayed in its May 9 report that sales growth was also accompanied by a softening in two-year same-store sales over the previous three weeks. Whether that softening signals that restaurant labor issues are now starting to erode overall same-store sales too remains to be seen.

Nonetheless, Alignable’s documentation of the rent woes restaurateurs are experiencing certainly suggests some trickle-down effects are being realized from the lack of available man- and woman-power at everything from pizzerias and ghost kitchens to limited-service brands and others.

Alignable’s Casto said many restaurant owners have relayed they simply can’t get to their revenue goals with their current supply of employees and as a result, they can’t make their rent on time either. Casto said that in previous surveys of its network, most restaurant owners relayed that they believe government benefits are stifling potential workers’ desire and need to take jobs with their brands. But there’s plenty of other evidence — particularly among workers and other restaurant leaders — that the fault may also lie with stagnant wages that many feel have remained too low for too long.

On that note, Alignable’s survey found 51% of restaurant owners also say that they’re paying workers more now than they had during the height of the pandemic, but now these operators said they’re doing so strictly based on their dire need for workers. Still, the fact remains that few restaurant owners planned for such wage increases, nor do many have the available cash to support them. In fact, 58% of the small-to-mid-sized business owners Alignable surveyed report they have only been able to reach half or less of the monthly revenue levels they achieved pre-pandemic.

That’s a confluence of situations that bodes poorly at a time when many — including researchers at Alignable — say they only real way out of all these problems is through higher revenues. And that of course, begs the question of whether higher restaurant prices are en route in possibly even the very near future.