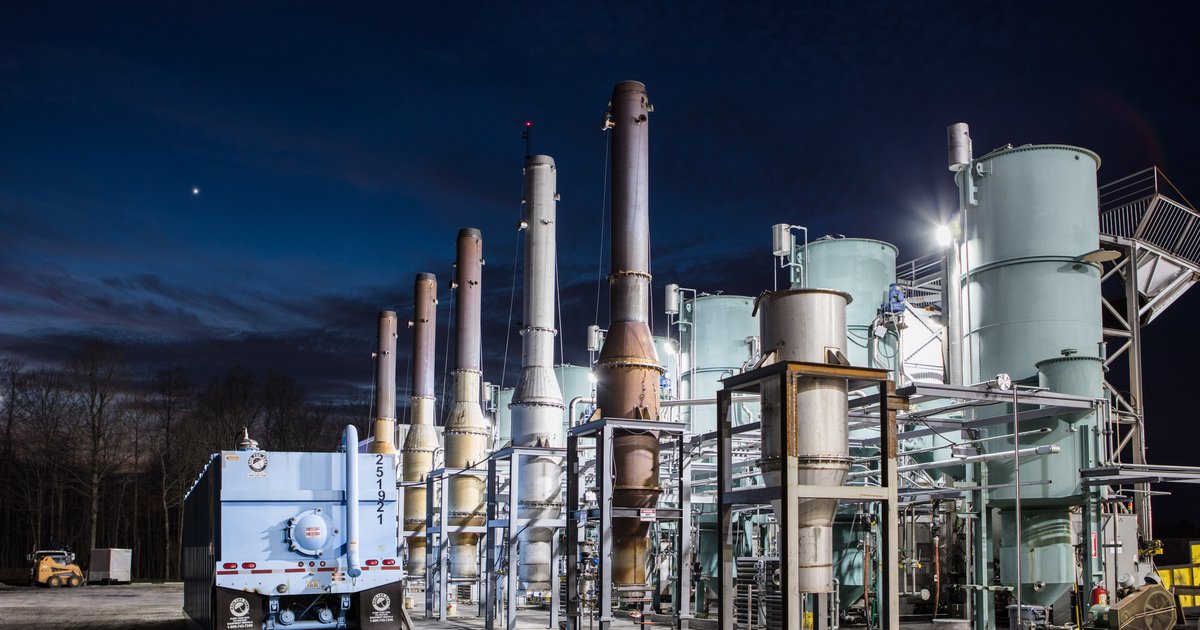 A waste processing specialist in North Carolina is decomposing old tires to create energy which it is then using to mine cryptocurrency.

Product Recovery Technology International (PRTI), is processing discarded tires at a site in Franklinton, north of Raleigh, to create oil, syngas, carbon char, and steel. It is then using the gas to generate electricity which it uses in bitcoin miners in its on-site office. The process is scalable, the energy could be used for other purposes, and the company is planning to roll it out in other sites including Europe.

The world creates more than 1.5 billion waste tires every year, and the majority are reprocessed in some way, but PRTI claims most are still causing environmental problems. About half are burnt for energy, releasing toxic waste and greenhouse gases, many are ground into rubber crumbs for use in asphalt and other material, while many are still buried in landfill.

“None of these methods are green,” says PRTI’s site, claiming that all three waste energy, cost money, and can be toxic to the environment.

PRTI uses a thermal process invented in Italy, which heats tires to a point where they decompose instead of burning. The company runs six “demanufacturing cylinders” at the Franklinton site, each of which can take up to 6,000lb of whole tires without the need for grinding or cutting. The cylinders take about 11 hours to break the tires down to the useful components.

The cylinders operate entirely automatically to provide the right temperature for multiple kinds of tires, and the site can run with few staff. PRTI plans to run two loads per day through each of its six cylinders.

PRTI was founded in 2013, and has raised more than $10 million, with one of its investors being the flamboyant entrepreneur and cryptocurrency proponent Jason Williams, who was CEO of PRTI until last year before handing the reins over to serial entrepreneur Chris Hare. Both men have steered PRTI towards cryptocurrency as a way to use the energy generated, and the second floor of the PRTI office at Franklinton is now mostly given over to mining rigs.

“What’s interesting in crypto is it’s a way to monetize energy,” Hare told the Charlotte Observer.

Of course, making Bitcoin isn’t an environmental benefit in itself, as cryptocurrencies simply burn energy to produce abstract value. Crypto mining uses more energy than a country the size of Argentina, and has a very large carbon footprint becuse not all the energy they use comes from renewable sources. Even when it is done with renewable energy, it diverts that energy from other uses, thereby increasing the carbon footprint of the human race.

On the PRTI site, Williams promises more plants in the US, and has also announced a European subsidiary to set up similar facilities – headed by Kees Onstein and Dieter Lang, both of whom have worked in renewable energy for some years.