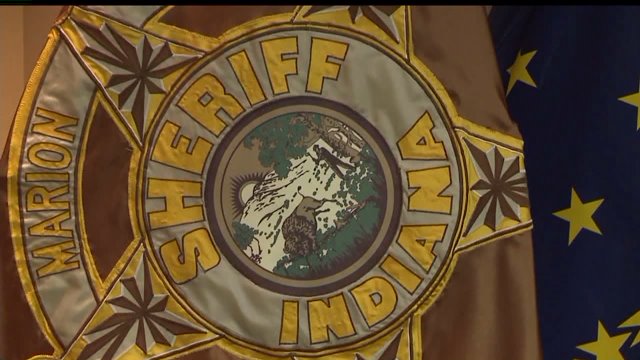 INDIANAPOLIS––The Marion County Sheriff’s Office said it expects to release the name of a reserve deputy who shot a wanted man in Broad Ripple later this week.

William Manery, 30, was wanted on three warrants out of Tennessee and South Carolina when he was discovered asleep in a white Jeep outside an apartment building in the 6300 block of Westfield Boulevard Saturday afternoon.

A release by IMPD indicated the sheriff’s warrant team was told Manery should be considered armed and dangerous and was wanted on charges of Flight to Avoid in Rutherford County, Tennessee, Vehicular Aggravated Assault in Bedford County, Tennessee and Possession of a Stolen Vehicle in Aiken County, South Carolina.

“The fact that someone was wanted particularly for a dangerous felony, a forceful felony, a felony that indicated their disrespect or disregard for human life, would be important,” said Robert Turner, an attorney who formerly served as an IPD Deputy Chief over Investigations and Indianapolis Public Safety Director.

The IMPD investigation has determined that when he was awakened, Manery disobeyed orders to surrender and instead backed his SUV into a marked police car, went in reverse 50 feet and then drove forward and slammed into an unmarked sheriff’s vehicle.

It was at that time that IMPD reports deputies approached Manery’s vehicle and one deputy opened fire, seriously wounding the wanted man.

“There’s no question that the reckless operation of a vehicle was a threat to a person’s life according to the location of the officers and exactly how that vehicle’s being operated,” said Turner.

“The question we have to ask is, ‘what were the officers doing at the time this vehicle backed up and accelerated, how proximate they were to the car and at the time of the car was in fact accelerating, were the officers actually putting themselves in a dangerous position by moving toward the vehicle as opposed to safeguarding their lives by standing back?’”

MCSO General Orders mandate that, “Deputies shall be prohibited from … firing at … a moving vehicle unless the deputy’s life, or another person’s life, is in imminent danger of serious bodily injury and other options do not exist.”

“If the car was just sitting after a collision, the person inside was not moving, they were not operating the wheel when the shot was fired, then that would not be as rationale to me,” said Turner.

“The Sheriffs Department General Order does restrict the discharge of a firearm at a moving vehicle, and I think it’s important to explore that too, because when you think about it, shooting a driver of a car simply makes the car an uncontrollable weapon that could injure people moving down the street.”

Investigators did not find a gun in Manery’s vehicle.