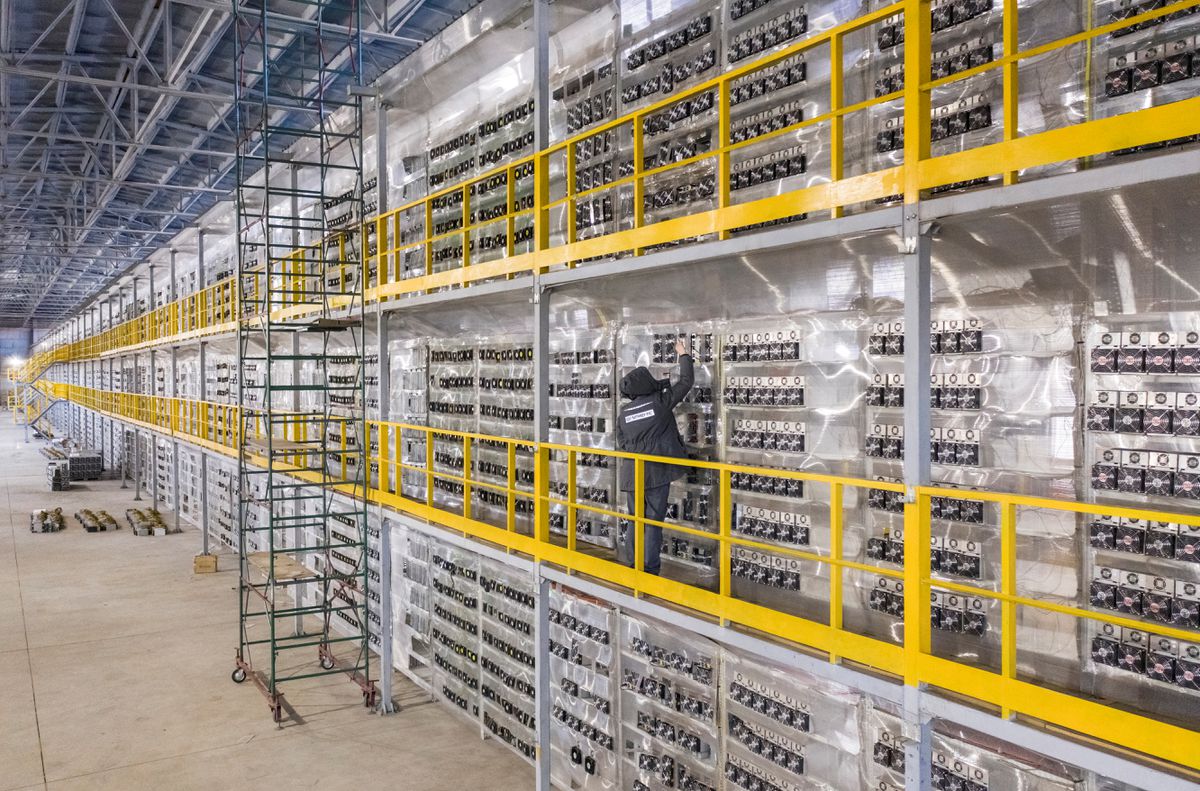 At UN climate summits over the past decade, the bogeymen – the perennial winners of the Fossil of the Day awards handed out by environmental groups – were Canada and other grubby, oil-intensive economies.

At the Glasgow climate change conference this coming November, a new bogeyman will play a starring role: bitcoin.

Governments and central bankers, who generally oppose electronic “currencies” (a flattering and inaccurate description) would be delighted to see bitcoin trashed at the event. That’s because slapping a carbon tax on bitcoin or outright banning it would be easier if the measures were done on environmental grounds – perfect cover for governments to save their own currencies from competition.

Bitcoin is the biggie in the universe of electronic cash and is no longer a marginal cryptocurrency. According to CoinMarketCap.com, it had a market value on Friday of US$1-trillion after a 15-per-cent rise in the past week and a 75-per-cent rise since the start of the year.

As bitcoin gains in value and popularity, so too has the environmental scrutiny over the computer-driven “mining” process to create the coins and record them on the decentralized blockchain network. In short, bitcoin is a fat-bellied energy pig.

Tesla says its bitcoin investment is now worth $2.48-billion

Bitcoins only exist in the ether, but the mining process is very much an industrial activity with real-world implications. The Cambridge Bitcoin Energy Consumption Index, published by the University of Cambridge’s Centre for Alternative Finance, says the bitcoin network consumes 132 terawatt hours of electricity a year, equivalent to 0.6 per cent of world consumption. That’s more than the consumption of either Argentina or Ukraine. If bitcoin were a country, it would be the 28th biggest electricity consumer.

The Digiconomist site reports that a single bitcoin transaction uses the same amount of energy as the typical U.S. household consumes in a month, with carbon output roughly a million times greater than a single Visa transaction. According to a recent New Yorker magazine article, bitcoin’s energy appetite is so voracious that the electricity output of several fossil-fuel power plants is being devoted to bitcoin mining.

One is Greenidge Generation in upstate New York, an old coal burner recently converted to natural gas. The Greenidge website says the plant, in operation since last year, includes a “state-of-the-art data centre for blockchain mining.” The firm’s owners plan to expand the capacity of the plant fivefold in coming years. Greenridge’s gas consumption – and greenhouse gas emissions – will rise accordingly.

And that’s the point. Bitcoin’s relentlessly rising value – a single bitcoin is now worth more than US$54,000, up from about US$250 in 2015 – the crypto industry is financially motivated to mine more of the coins, hence more energy consumption. Renewable power expansion might not be able to keep up with bitcoin mining demand, and even if it could, moral questions would arise: What is the point of devoting ever-increasing amounts of renewable energy to a socially useless product when that same energy could go to recharging electric car batteries or making clean fuels, such as hydrogen?

As it is, bitcoin mining can already be classified as an ecological disaster in the making. Most bitcoins are mined where electricity is cheapest, which also happens to be where fossil fuels are prevalent. No surprise that the majority of bitcoin mining is in China, where coal is the dominant fuel. Another mining centre is Iran, where more than 90 per cent of electricity production comes from burning fossil fuels, according to the International Energy Agency (the United States’ bitcoin output is just 7 per cent of the total).

All of which brings us to governments and central bankers.

Neither group likes cryptos. They don’t know how to regulate cryptos, which means the currencies subvert traditional monetary and fiscal policy. They suspect cryptos are being used for money laundering and other nefarious activities. They don’t even consider any crypto a “currency” at all. Real currencies are as much a political construct as an economic one. Governments use their sanctioned fiat currencies to pay their employees and suppliers. Citizens use them to pay their taxes. You can’t do any of this with bitcoins, even if you can use them to buy an exceedingly small array of products, including Teslas.

Most governments have net-zero carbon emission goals by 2050, the result of commitments they made at the 2015 Paris climate summit that will be reinforced this fall at the Glasgow summit. Those goals are incompatible with ever-rising bitcoin production. Governments have a great opportunity to rein in bitcoin on environmental concerns alone.

There is a precedent, sort of. In 1933, U.S. president Franklin Roosevelt issued Executive Order 6102, forbidding “the hoarding of gold coin, gold bullion and gold certificates” (at the time, the U.S. dollar was backed by gold).

Today, governments could effectively do the same by making it illegal for businesses or consumers to accept bitcoin for transactions, or tax the capital gains on bitcoin investments. They could hit bitcoin with a carbon tax at the mining or transaction level, though that could set a dangerous precedent. Bitcoin mining is too dirty in a world where climate change is a clear and present danger. It’s also a potential existential threat to fiat currencies. Bitcoin’s easy ride might be close to ending.

Your time is valuable. Have the Top Business Headlines newsletter conveniently delivered to your inbox in the morning or evening. Sign up today.