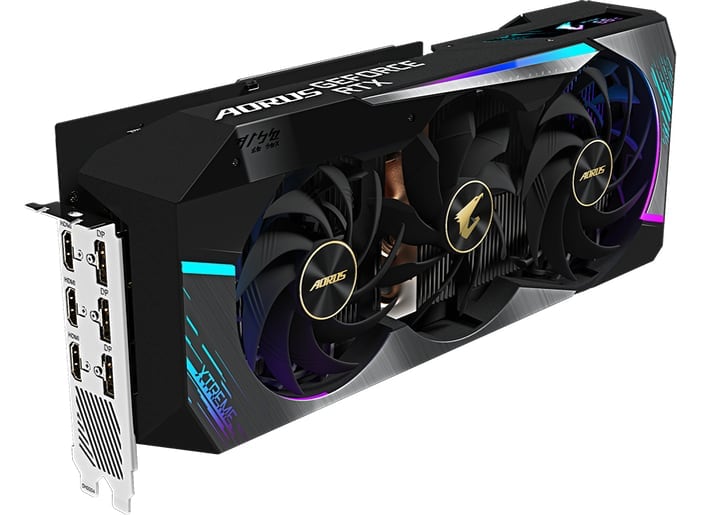 We reported earlier this week that NVIDIA would ship a new revision of the GeForce RTX 3060 desktop GPU — GA106-302 — that will put more stringent measures in place to cripple mining for cryptocurrencies like Ethereum (ETH). While the newest GeForce RTX 3060 offerings will likely be the first of these fortified, anti-mining graphics cards, they won’t be the last.

And while it’s possible to flash GeForce RTX 3080 Ti graphics cards with the older QS firmware, users are presented with a black screen when booting, and the limiter remains Igor’s Lab reports. With this in mind, NVIDIA is likely in the process of shifting its entire GeForce RTX 30 Series lineup to include these new crypto mining limiters.

This move only makes sense after NVIDIA’s embarrassing showing with the GeForce RTX 3060. After claiming that the graphics card had the hardware, BIOS, and driver mechanisms in place to cut ETH mining rates in half, the beta driver workaround blew that commentary out of the water. Then, NVIDIA’s solution to throttling mining in multi-GPU mining rigs was thwarted using inexpensive dummy HDMI plugs.

NVIDIA is adamant about making the GeForce RTX 30 Series unattractive to crypto miners for two reasons. For starters, it wants to ensure that more of these highly sought-after graphics cards find their way into the hands of its intended audience: gamers. Secondly, NVIDIA introduced an entirely new family of GPUs explicitly made for mining. The CMP HX family consists of a mix of Turing- and Ampere-based cards with hash rates of 26 MH/s to 86 MH/s.