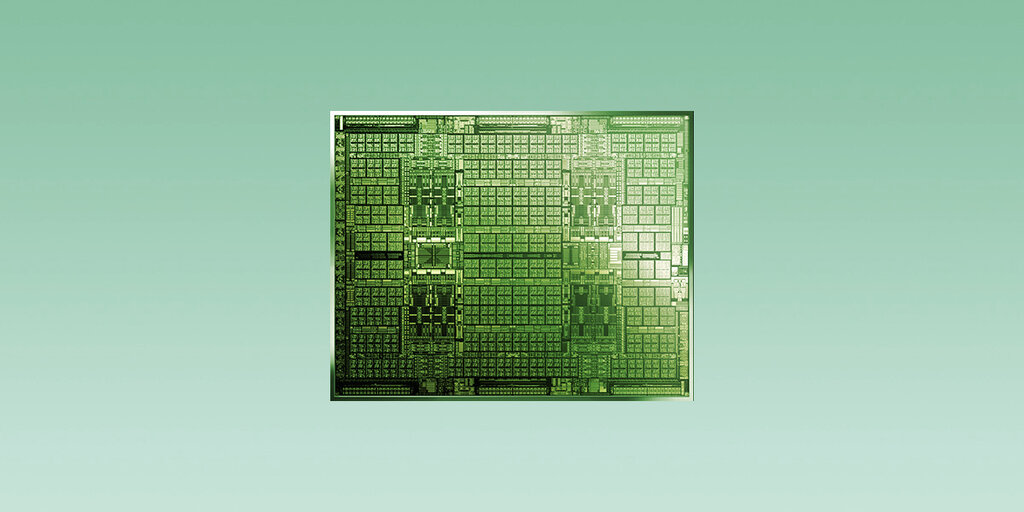 Chipmaker Nvidia has raised its 2022 first-quarter revenue estimate from the sales of its new cryptocurrency mining processor (CMP) to $150 million, up from the previously expected $50 million, the company announced on Monday, April 12.

Nvidia’s new CMP was first announced in February this year and is principally designed for industrial-scale mining of Ethereum (ETH), the second-largest cryptocurrency by market cap.

The projection comes amid soaring global demand for graphic chips during the COVID-19 pandemic, with Nvidia saying that its overall first-quarter revenue, including CMP sales, will be above the earlier forecast of $5.3 billion.

“Overall demand remains very strong and continues to exceed supply while our channel inventories remain quite lean,” said Colette Kress, Nvidia’s chief financial officer, in a statement accompanying the announcement. “We expect demand to continue to exceed supply for much of this year.”

At February’s CMP launch, Nvidia explained that its new CMP products target the “specific needs of Ethereum mining” and don’t meet the specifications required of a GeForce GPU. As a result, the company said, they “don’t impact the availability of GeForce GPUs to gamers.”

Previously, crypto miners had co-opted Nvidia’s graphics processing units (GPUs) in order to mine cryptocurrency, creating market shortages and raising the ire of the PC gaming community that represents its primary market.

Ethereum has recently begun the shift towards the long-awaited Ethereum 2.0 upgrade, which will see the blockchain transition to a proof of stake consensus model. This will eventually make Ethereum mining obsolete—but this transition won’t be finished overnight, and the network is still relying on proof-of-work, the energy-hungry consensus mechanism used in Bitcoin and several other cryptocurrencies.

At present, Ethereum also requires highly efficient mining equipment, as the network’s difficulty—the measure of how hard it is to mine blocks on the Ethereum blockchain—is at record levels, indicating increased competition among miners. Similarly, Ethereum’s hash rate, another key metric representing the total combined computational power that is being used to mine and process transactions—has reached historical highs.

That, coupled with Ethereum’s price breaking a new all-time high of $2,228 earlier today, speaks to continued demand from miners—suggesting that Nvidia’s play for the crypto mining is set to pay off.

What Is Cryptocurrency, and How Does It Work?