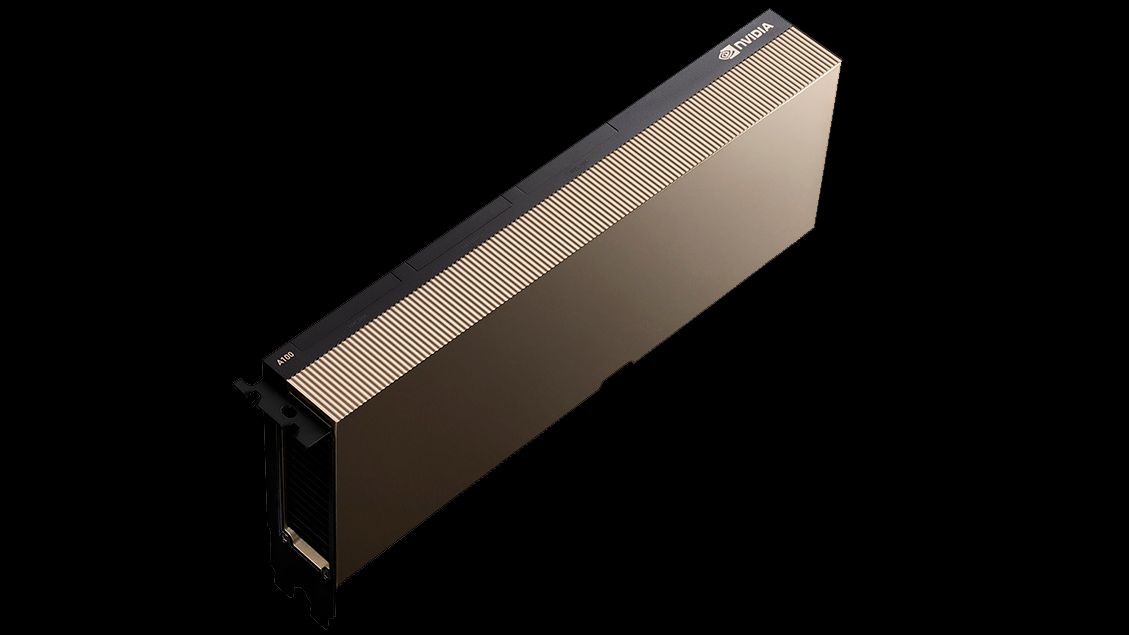 Nvidia’s A100 accelerator, which is based on the GA100 silicon, might not be hitting the sales numbers the company hoped for–or perhaps the company just thinks there’s room for bigger sales in a different market. Hardware leaker kopite7kimi, who has a solid track record with Ampere leaks, broke the news that Nvidia is allegedly turning the A100 into a cryptocurrency powerhouse.

Obviously, the Ampere graphics card will launch under Nvidia’s Cryptocurrency Mining Processor (CMP) series that’s purposely built for professional mining, so you won’t have to worry about Nvidia’s anti-mining hash rate tomfoolery. Although kopite7kimi didn’t share performance numbers, he claimed that it’ll be “a mining monster,” and we don’t doubt his assertion, considering the A100’s impressive specifications.

I_Leak_VN, another hardware leaker, is pretty confident that the A100 will debut as the CMP 220HX, with a whopping hash rate up to 210 MH/s. Since CMP is built for Ethereum, we assume that figure corresponds to the device’s performance in mining Ethereum. If the number is accurate, the 220HX would deliver up to two times higher Ethereum performance than a GeForce RTX 3090, which is one of the fastest mining graphics cards on the market.

The A100 PCIe ticks all the right boxes for a cryptocurrency mining part, which may explain why Nvidia is reportedly making the 220HX in its image. For starters, the accelerator features a dual-slot design and passive cooling, so miners won’t have to worry about heat. More importantly, the A100 PCIe is rated for 250W, so it should also help keep electricity bills under control.

Ethereum is addicted to memory bandwidth, and that’s where the A100 arguably excels the most. We’re uncertain just how close the 220HX will be to the A100, but even a fraction of the A100 should turn the 220HX into an Ethereum-crunching beast. Our take is that Nvidia is likely salvaging defective GA100 dies and turning them into profits by selling through the 220HX to cryptocurrency miners.

The A100 PCIe is equipped with 40GB of HBM2e memory, which operates at 2.4 Gbps across a 5,120-bit memory interface. If we do the math, the maximum theoretical memory bandwidth works out to 1,555 GBps. However, it would be naive to think the 220HX would come with that much memory since Ethereum has no use for that much. Nvidia will likely chop off some of the memory to make the graphics card more attractive in regards to pricing.

The retail price for the A100 in its PCIe format is well over $10,000. According to the I_Leak_VN, the 220HX could land around the $3,000 range. For comparison, a quartette of GeForce RTX 3060 with the help of some $6 HDMI dummy plugs can collectively put up a 192 MH/s on Ethereum. We know you basically have to visit fantasy to find a GeForce RTX 3060 at Nvidia’s $329 MSRP, but in a perfect world, a four-way GeForce RTX 3060 setup will only set you back $1,316, and with some tinkering, could probably catch up to the 220HX’s rumored Ethereum performance. But the 220HX makes a lot of sense for professional mining farms, where you can get the same performance with a single unit instead of four.

The pricing for Nvidia’s CMP HX offerings remains a mystery, although we’ve seen a CMP 30HX land overseas for $723. It’ll be interesting to see if the $3,000 price tag sticks with the 220HX. Obviously, mining farms won’t be buying just one, so Nvidia may also be tempted to offer a juicy discount for bulk orders. Let’s not forget that between $100 to $300 million of the chipmaker’s Q4 2021 revenue was thanks to sales to cryptominers, so it’s obviously a very lucrative business.