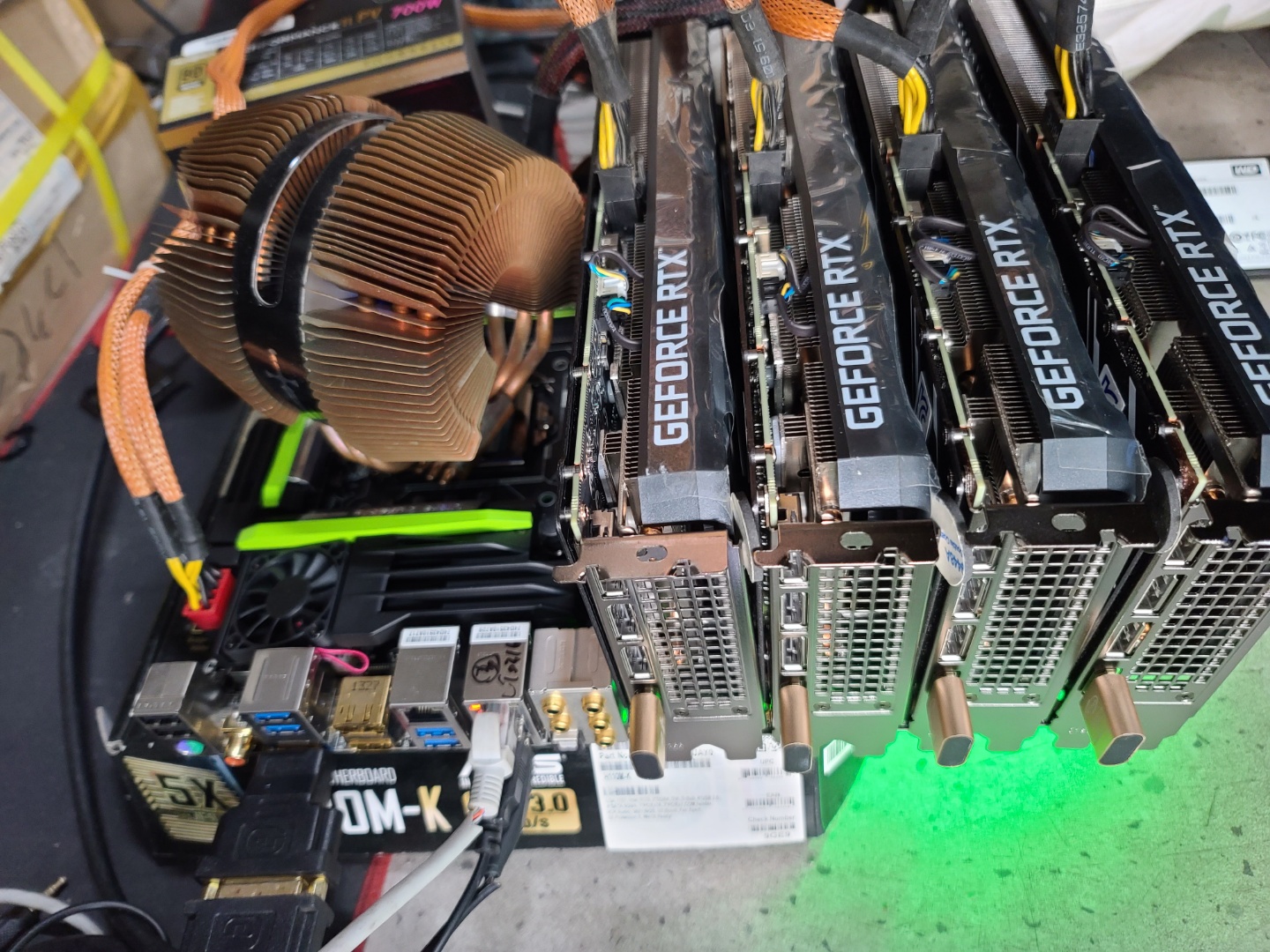 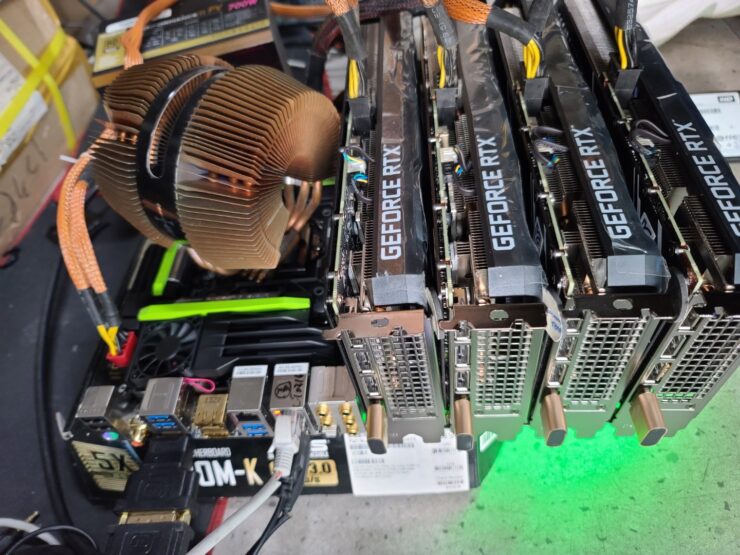 In the weeks after the unintentional NVIDIA GeForce Driver leak that enabled cryptocurrency mining on the GeForce RTX 3060 GPU, miners have found additional ways into bypassing the GPU / Driver hand-shake to break the hash rate limiter on Ampere GPUs.

So we all know that NVIDIA accidentally published its GeForce 470.05 driver on its developer web-page that allowed users to bypass the hash rate limiter but later removed it. However, as soon as the driver was highlighted to enable the full cryptocurrency mining rate of Ampere GPUs, it spread like wildfire and is currently available to download everywhere in public domains. 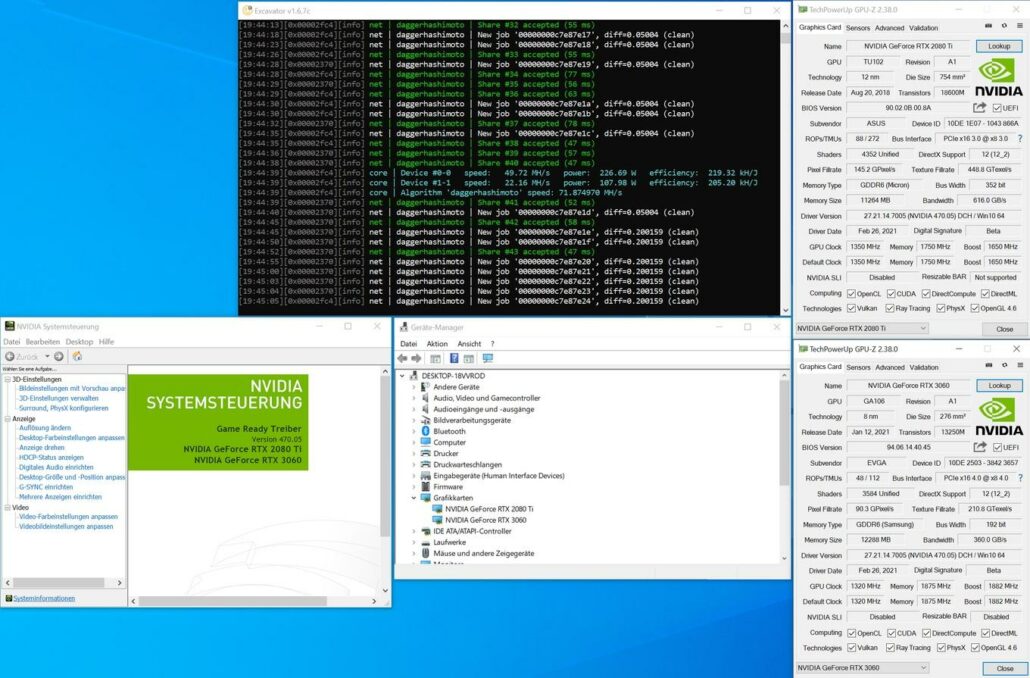 This is definitely an interesting way of blocking cryptocurrency mining when running multiple GPUs as it detects which GPU is being used as a display adapter while simultaneously checking if multiple GPUs are running alongside it and if mining algorithms are being run on them. In most cases, the cryptocurrency mining rigs feature a low-end or budget card as a display adapter while running a range of GPUs for mining crypto.

I had to try it out for myself, even though it’s really obvious. An HDMI dummy bypasses the reduction in mining (#Ethereum) performance of the #GeForceRTX3060 as a secondary card. pic.twitter.com/HbfvtyPI9F

To bypass even this limit set by NVIDIA, all you have to do is get dummy HDMI connectors which can trick the driver into thinking that the other cards are also being run for display adapters and allow for full mining rate. Andreas goes on to provide a demonstration of this on his Twitter feed and shows the same GeForce RTX 3060, which was limited when running alongside the RTX 2080 Ti, working at its full cryptocurrency mining hash rate. 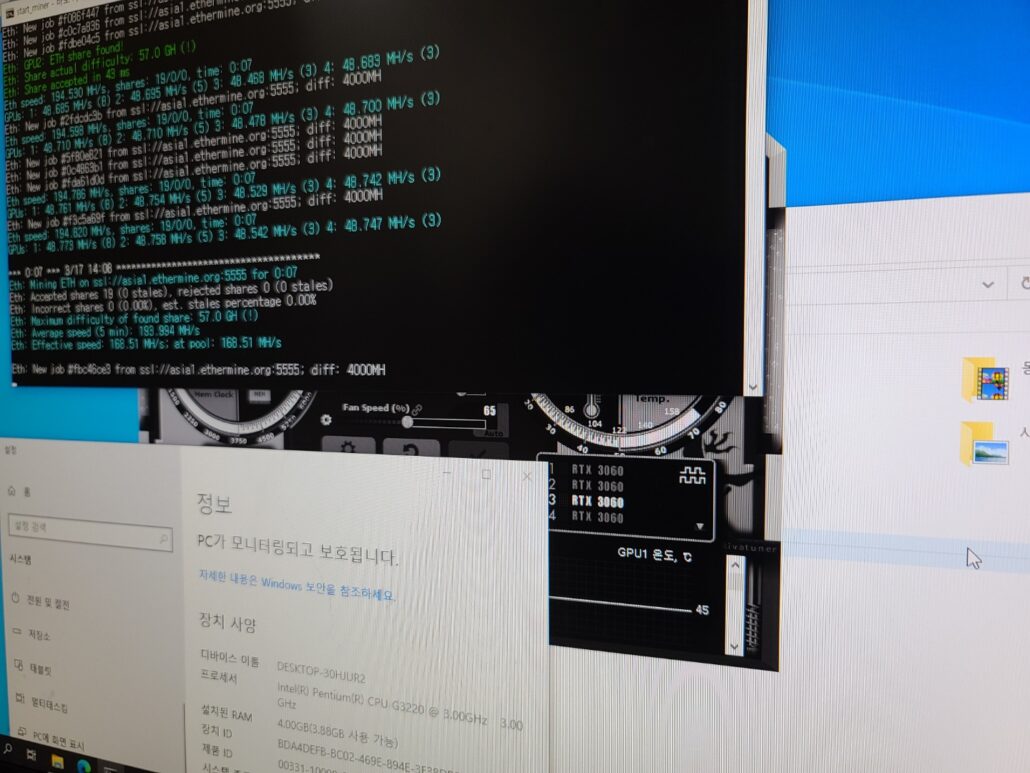 Users in Korea have also provided a demonstration of this by putting four NVIDIA GeForce RTX 3060 graphics cards to the test using the dummy HDMI connectors. The miners confirm that there is no mining hash rate drop in Ethereum (or any Crypto algorithm to say) when using dummy HDMI connectors. These HDMI dummy connectors are readily available to purchase and are quite cheap but given that they can become popular after this news goes out, we can expect a slight rise in the prices. The miner also says that he hasn’t yet tested the cards with dummy DVI connectors but that might work too. Other than that, you also need a PCIe link of x8 or beyond to bypass the limit.

Graphics cards such as the unreleased NVIDIA GeForce RTX 3080 Ti are also expected to feature the hash rate limit but if modders can bypass the RTX 3060, it’s sad to say that the limit will also be bypass on the RTX 3080 Ti too.