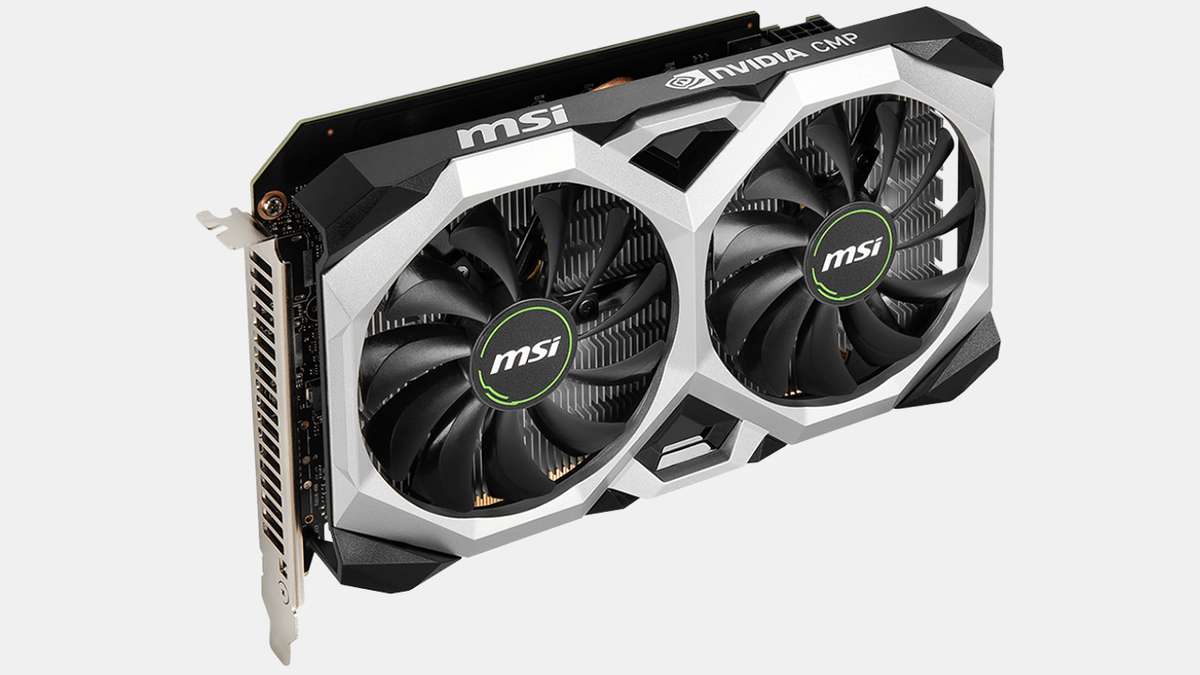 MSI has quietly added its first CMP-series board for cryptocurrency mining to its lineup. The Cryptocurrency Mining Processor (CMP) card looks exactly like the company’s mid-range GeForce GTX 1660/1660 Super graphics boards, but lacks display outputs and cannot be used to render images or video.

The MSI CMP 30HX Miner XS carries Nvidia’s TU116 GPU with 1408 CUDA cores that operate at 1530 MHz – 1785 MHz depending on conditions. The board is equipped with 6GB of GDDR6 memory featuring a 192-bit interface, just like Nvidia’s GeForce GTX 1660-series graphics cards for gaming. The card has a cooling system comprising of a large aluminum heatsink with two heat pipes as well as two double ball bearings fans. The mining device requires one eight-pin auxiliary PCIe power connector as it is rated for a 125W power consumption.

MSI says that its CMP 30HX Miner XS card uses a custom PCB design that provides ‘greater reliability and beefed-up power circuitry for pushing the card to its limits,’ yet without elaborating. Still, a fairly simplistic cooling system coupled with a not-so-hot GPU already provide some piece of mind as far as reliability is concerned.

The CMP 30HX Miner XS card claims an Ethereum hash rate of 26 MH/s but performance will vary based on factors such as clock speed and operating temperature. Measuring just 8.1 x 5 x 1.65 inches (206 x 127 x 42mm) the board is fairly small compared to the current crop of GPUs, so it shouldn’t be too hard to use a number of such devices in a mining system.

What is not completely clear about MSI’s CMP 30HX Miner XS card are terms of warranty. Gigabyte offers a three-months warranty with its CMP-series product. Such terms of warranty do not comply with EU’s mandatory two-year warranties on electronics, so the product is probably backed with a full-blown warranty in Europe. Yet in other countries Gigabyte takes less risks.

MSI has not disclosed recommended pricing of its CMP 30HX Miner XS card.