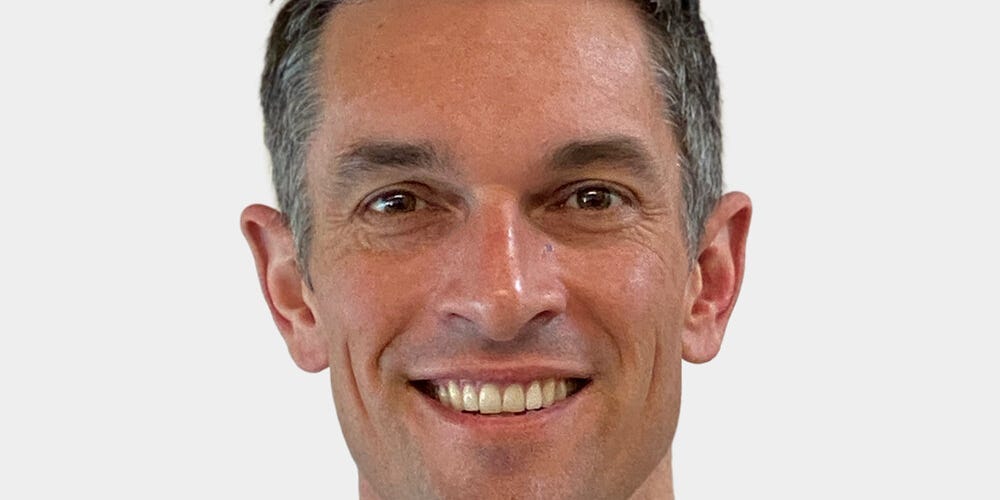 As interest in cryptocurrency has surged, so, too, has its associated energy use.

Bitcoin, which consumes more energy than Argentina, now uses 80% more energy than it did at the start of 2020, a Cambridge study found. Asset managers are scrambling to reconcile investor appetite for crypto and sustainability, two trends that are at odds because of the environmental harm associated with mining cryptocurrency.

One River Asset Management, a $2.5 billion hedge fund backed by Brevan Howard, believes it has found a way to bridge the gap.

As of April 30, One River manages $600 million of client assets in funds dedicated to bitcoin and ether — including capital from the billionaire Alan Howard, the founder of Brevan Howard. The firm has created a novel index to enable it to offer carbon-neutral versions of these same crypto funds, said Sebastian Bea, One River’s head of sales and strategy.

The index estimates the carbon expenditure per coin of its crypto holdings, which allows the fund to buy both crypto and the requisite amount of carbon offsets to cancel out any mining emissions.

Bea said the decision to develop a carbon-neutral crypto fund came “directly from client feedback,” as some investors have expressed interest in crypto but have found its environmental effects to be a “stumbling block.”

Investors whose assets are invested in One River’s bitcoin and ether funds are in the process of electing whether they’d like to move their money to the carbon-neutral equivalents, which are expected to be available to them in May.

Investors who choose to participate in the carbon-neutral funds are set to incur the pass-through cost of the carbon offsets based on their market price, which is around 0.1% of the cost of each coin. One River will not charge any incremental fees for the strategy, Bea said.

Bea said the new crypto strategies come in tandem with a firm-wide initiative to buy offsets against emissions from its everyday operations, for which One River itself will pay.

Bea, who prior to One River spent eight years with BlackRock’s hedge-fund business, said the firm plans to file for approval of a bitcoin exchange-traded fund in early May. The Securities and Exchange Commission has already denied over a dozen applications for crypto ETFs.

The firm brought on Jay Clayton, a former SEC chairman, as an adviser last month. Clayton was at the helm of the securities regulator when it rejected bitcoin ETF applicants and cracked down on unregistered coin offerings.

Carbon offsetting is far from perfect, but One River said ‘trade-offs’ are worth it

Bea said that energy consumption across the crypto network is expected to increase over time, as mining each incremental coin requires more energy. Despite this, he said that investors have shown a clear interest in crypto.

“There is a cost to doing this,” Bea said of crypto mining. He added that investing in digital assets requires a trade-off, like the decision to drive cars or fly in planes, as opposed to riding horses.

“We’ve always elected to at least consider options that are in some ways better, but in some ways worse,” Bea continued.

The process of carbon offsetting, which allows an entity to emit carbon by funding a reduction in carbon emissions elsewhere, can be controversial. Critics question its efficacy, pointing to the lack of transparency and poor track record of some past carbon-offsetting initiatives.

Bea said One River is focused on ensuring compliance within the offset projects it purchases. The firm struck a deal with carbon credit platform Moss to buy the offsets that make its crypto funds carbon-neutral. Moss’ offsets are backed by its MC02 tokens on the blockchain, which Bea said encourages transparency.

Ultimately, One River leans on Moss to ensure the offsets are effective, Bea said. He said the firm is still building out its network of carbon-offset providers.

One River is creating a sustainable crypto fund because it sees a clear business opportunity, particularly among investors who are aware of the environmental, social, and governance implications and want to use crypto as a hedge against inflation.

“If you’re going to hold bitcoin for 10 or 15 basis points a year, if you could offset your emissions for that asset, we think that clients are going to make that decision,” Bea said.

Bea said the carbon-neutral index constitutes a “first attempt” to address the environmental effects of crypto mining, and that the firm will continue to evolve its offering based on market feedback.