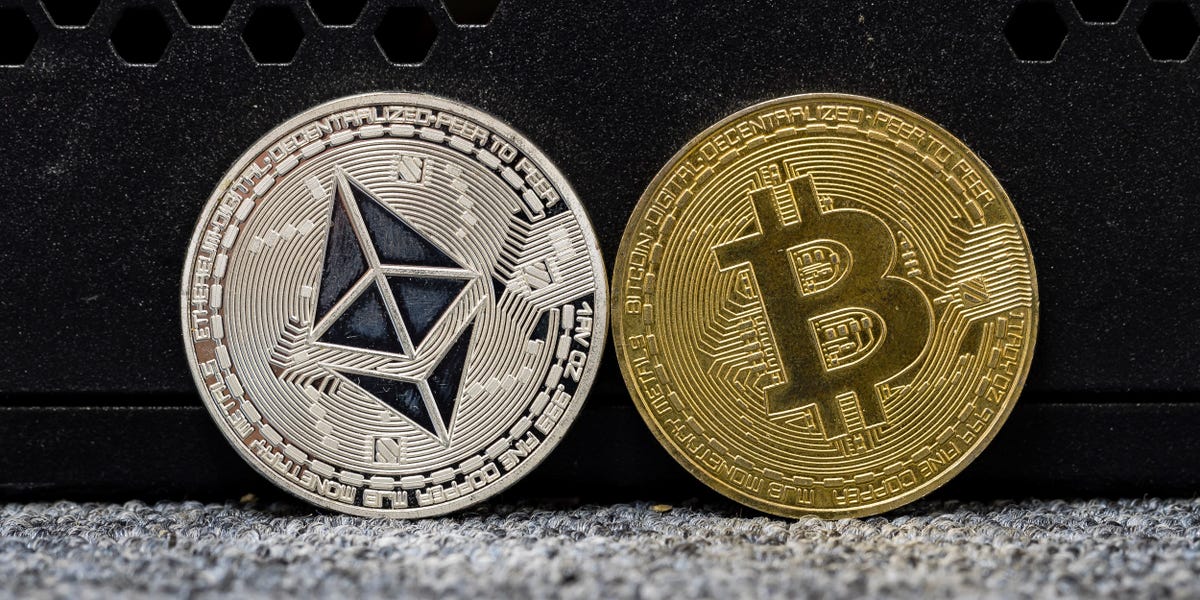 The COVID-19 pandemic has sped up the transition to a digital and cashless society, leading more people to become reliant on digital banking as a means to manage their money. The cryptocurrency space in particular has seen tremendous growth since the start of the coronavirus—but some are still catching up to this trend.

In an October 2020 survey from FICO, just 11% of US adults said they currently hold cryptocurrency assets. Meanwhile, March 2021 data from Measure Protocol pointed to cryptocurrency’s opportunity: nearly two-thirds (65.4%) of mobile phone users in Great Britain and the US said they were at least somewhat likely to invest in cryptocurrency in this year.

As customer interest grows—and more online start-ups join the fintech space—companies will have to differentiate themselves and adapt to expectations in order to achieve long term success.

Insider Intelligence has put together a list of the top markets, currency, and exchange companies—including Ripple, Kraken, and Coinbase. We delve into what has led to their growth, and what it means for the future of financial services.

Ripple and its cryptocurrency XRP have become increasingly popular due to its ability to move money as quickly as information is exchanged today. Originally called OpenCoin, the company was founded in 2004 by Ryan Fugger, Jed McCaleb, and Chris Larsen.

Unlike most cryptocurrencies that focus on the individual, Ripple was created specifically to serve banks and payment providers, so that they can speed up transactions and lower costs.

While Ripple’s network spans 300-plus providers across more than 40 countries—and is gradually adding more banks to its system—its long term success will depend on whether a majority of banks choose to use XRPs instead of their current infrastructure.

Kraken is based in the US and offers more than 50 types of cryptocurrencies to trade. It also provides rewards on staked coins that are available within a user’s wallet, paid out bi-weekly. The company uses a fee structure that decreases the rate for both the maker and taker as their 30-day volume increases.

Kraken is one of the oldest and most secure crypto currency exchanges, which allows consumers to trade directly from fiat currency to crypto. Its security is a big selling point, as only 28% of those polled in CouponFollow’s January 2021 survey consider cryptocurrency the safest way to pay.

Coinbase was founded in 2012 in San Francisco as a fully licensed and regulated Bitcoin exchange, and is now listed as the second-largest exchange in the world, according to CoinMarketCap.

The company has made it possible for users to pay a friend, make a purchase, or transfer funds across more than 100 countries with just a few taps. Users are able to trade Bitcoin, Bitcoin Cash, Ethereum, and Litecoin without having to convert from their base currency. They’re also able to leverage their digital wallet and store their assets there.

Founded in 2011 in Slovenia, Bitstamp became one of the first exchanges to trade Bitcoin. It later migrated its accounts to the UK in 2013, and then again to Luxembourg in 2016. Two years later, Bitstamp was acquired by NXMH. Its platform is best suited for intermediate and experienced cryptocurrency users looking to trade Bitcoin, altcoins, and fiat currencies.

While Bitstamp only offers trading options for a limited number of cryptocurrencies, and has endured security breaches in the past, it is revered for offering a consistently positive user experience and providing low-fee options for exchanging digital currencies in large amounts.

BTC has grown to be the world’s largest Bitcoin media group and the top provider of news and education around financial technology and cryptocurrency. The company uses widely read digital currency publications, such as Bitcoin Magazine and yBitcoin, to keep decision-makers and crypto-enthusiasts up-to-date on this rapidly evolving industry.

Digital Asset was founded in 2014 to help companies easily design and write a business application and deploy it on any ledger. Digital Asset uses its own open-source technology known as DAML (Digital Asset Modeling Language), which can easily integrate with current technology stacks. The company has partnered with well-established firms, including Accenture, Broadridge, and PwC, to help them solve critical business challenges.

Global financial technology firm Circle enables businesses of varying sizes to leverage stablecoins and public blockchains for payments, commerce, and financial applications. The company’s platform APIs are giving rise to a new generation of fintech offerings, which has the potential to raise economic prosperity for all.

Goldman Sachs, Accel, and other heavyweights have poured their financial support into Circle. It is now the principal developer of the fastest-growing regulated and fully-reserved stablecoin, known as USD Coin (USDC), increasing more than 1000% year-over-year and hitting a $10 billion market cap.

Ethereum is a platform and programming language that works with Bitcoin, developer APIs, and consumer applications. It operates as a decentralized network that applications can be built upon.

Following Bitcoin, which is valued at roughly $625 billion, Ethereum is the second-most valuable digital currency with a market value of about $150 billion.

There is much debate from experts as to whether Bitcoin or Ethereum hold more promise. While Ethereum has a higher risk infrastructure, it also has the potential to revolutionize finance and technology by changing the way mortgage transfers and securities trading work.

Ethereum could ultimately win out, as 69% of those surveyed by Gemini in 2021, expressed that long term investment potential was their leading reason for investing in buy and hold cryptocurrency.

Interested in learning more about the Financial Services space? Here are some related reports that might interest you: