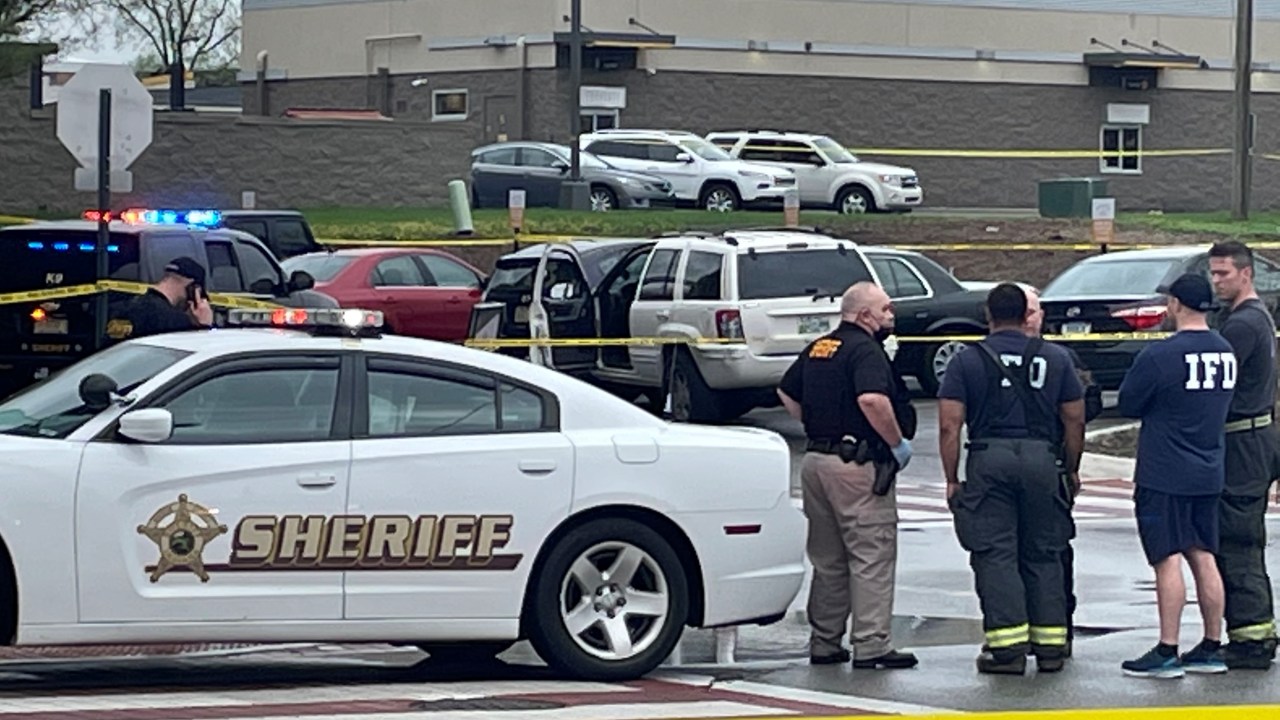 INDIANAPOLIS — The Indianapolis Metropolitan Police Department is investigating after a Marion County Sheriff’s Department deputy shot a man in Broad Ripple on Saturday evening while attempting to serve a warrant.

According to IMPD, the police action shooting occurred in the 6300 block of Westfield Boulevard near the Rise N Roll Bakery at around 5:25 p.m.

The Marion County Sheriff’s Department stated the deputy has been placed on administrative leave.

During a media briefing, IMPD said Marion County Sheriff’s Department deputies were attempting to serve a warrant on a 30-year-old man who was wanted out of Tennessee for aggravated assualt with a weapon. That man has been identified as William Manery.

Manery was reportedly located asleep in his Jeep Cherokee outside of the bakery when deputies encountered the man and instructed him to get out. Officials say Manery instead started the car and accelerated in reverse, hitting a marked police vehicle.

He then accelerated forward and struck another unmarked, unoccupied, parked MCSO vehicle. A deputy then fired at Manery’s Jeep, striking and injuring him.

Police say deputies provided first aid until the suspect was transported to a nearby hospital where he is said to be in serious but stable condition. He is expected to survive the shooting.

No officers or deputies were hurt.

According to IMPD, no firearm has been recovered in relation to the suspect. Police say they are unsure at this time what caused a sole deputy to fire upon the wanted man.

Marion County Sheriff’s deputies do not have body cameras, however IMPD officer who assisted do have them. Police are investigating to see if there is any security footage of the shooting.