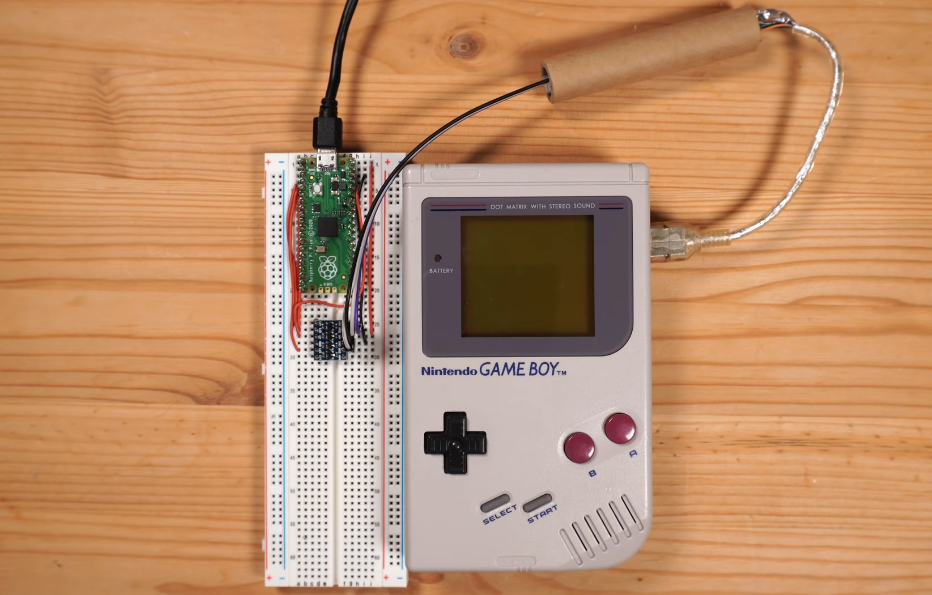 The whole crypto mining scene has definitely started to pick up leading PC gamers to fight miners over the already rare GPUs in the market. Due to scalpers and miners consistently buying up the GPUs, individual gamers are now in a very difficult situation when it comes to fighting for the GPUs.

The crypto mining industry has proved difficult for PC gamers as certain high-end GPUs just like the Nvidia RTX 3090, which is already very expensive, is now very rare and hard to find as it is usually bought off by scalpers and cryptocurrency miners. However, a certain YouTube channel called Stacksmashing was able to be smart enough to mine Bitcoin on a classic Nintendo Game Boy portable console!

The YouTube channel shows how the use of the iconic Game Boy, which is a portable that was launched way back in 1989, a simple Game Boy Link cable, and just a basic Raspberry Pi Pico micro computer to crypto mine. While they started off wanting to use an unmodified Game Boy, the device still needed to be able to connect to a Bitcoin Node and also a Bitcoin network for it to actually be able to mine.

For those that are aware, the classic portable console that was released some time 30 years ago still does not have access to the internet! The battery-powered handheld console does have problems of its own which is where the use of the Raspberry Pi computer comes in the picture.

Was the crypto mining successful?

Despite technically working, another question is whether or not it will be useful to mine Bitcoin and give crypto miners a fortune and the answer is sadly no. Stacksmashing’s crypto mining Game Boy was only able to achieve a really small hash rate of just 0.8 hashes per second.

Normally, an ASIC miner would have to do just around 100 tera hashes a second and this is way too far from the 0.8 hashes that the Game Boy is capable of doing. Mining just a single Bitcoin would actually take the Game Boy a multiplying “quadrillion years” in order to achieve a coin.

Although it isn’t really worth it, the whole project still seems pretty fascinating and it shows the work that is needed in order to utilize this piece of ancient hardware for modern cryptocurrency mining. For those that want to give this project a go, the code is left open source and the links are easily available under the YouTube video for miners and enthusiasts to try out.

Related Article: Why is Elon Musk Obsessed with Dogecoin? History About This Cryptocurrency

ⓒ 2018 TECHTIMES.com All rights reserved. Do not reproduce without permission.