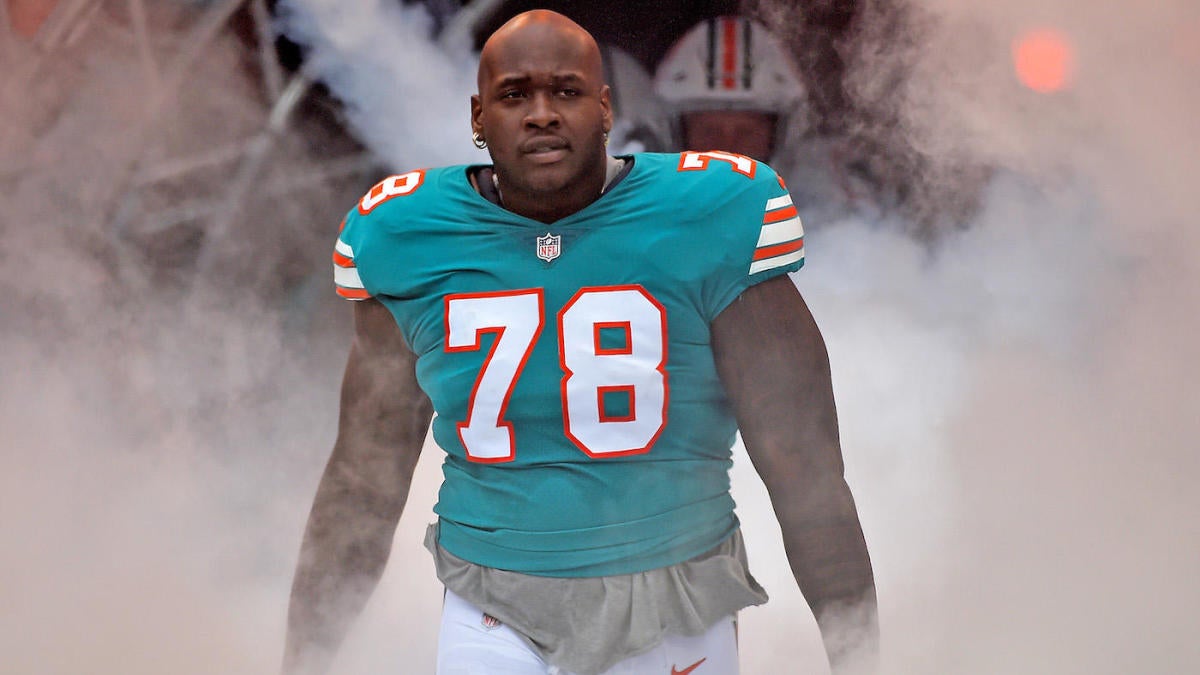 It was a moment that seemed unbelievable as it unraveled. At the outset of the 2016 NFL Draft, Laremy Tunsil’s own Twitter account — clearly hacked — sent a video of him wearing a bong attached to a gas mask. Literally as the top 5 of the draft was unfolding, this video went viral, a devious plan set forth by someone hoping to plummet the Ole Miss star’s draft position.

The Dolphins ultimately stopped the most bizarre draft-night slide in NFL history by picking him at No. 13 overall. Miami followed that by making a mammoth trade to send Tunsil to the Texans in 2019, then used the No. 3 overall pick it acquired in that deal to make another big move on Friday to acquire draft picks. In the aftermath, it’s time to take a step back and assess everything that’s happened since Tunsil’s unforgettable draft moment.

To date, here’s what that viral incident has netted:

The Dolphins have made out like bandits in the Tunsil trade. We’re talking Herschel Walker type of a draft haul. It was such a gigantic compensation package, Miami had the ammunition to trade up from No. 12 to No. 6 to likely secure the opportunity to get one of the top-tier pass-catcher prospects — Jaylen Waddle, Ja’Marr Chase, Devonta Smith, Kyle Pitts — in this class to help Tua Tagovailoa.

Speaking of Tagovailoa, while the Dolphins are all-in with their first selection in the 2020 draft at quarterback, the riches from the Tunsil and subsequent trade out from No. 3 overall give the club the ammunition to move up for a passer in the 2022 draft if Tagovailoa doesn’t take a sizable step forward in Year 2.

Eagles GM Howie Roseman has correctly identified that his roster is in need of reconstruction. For as enticing as it may be, a selection at No. 6 overall is not as valuable to this team right now as the No. 12 overall pick and a first-rounder in 2022. Simple as that.

Jalen Hurts get his opportunity as Philadelphia’s starter in 2021. If he doesn’t show flashes, they’ll have two first-round picks (and potentially three if Carson Wentz plays 75% of the snaps in Indianapolis this season) to make a move up for a quarterback if they need to.

Until I actually hear his name called by commissioner Roger Goodell, I will not believe the 49ers moved as much draft capital as they did to pick Mac Jones at No. 3 overall.

We know Kyle Shanahan can get quality efficiency from quarterbacks who are limited physically. He’s done that his entire coaching career. And Jimmy Garoppolo is still on the roster. But because of this aggressive move into the top 5, San Francisco clearly doesn’t view him as the long-term answer at the game’s most vital position.

In general, for non-quarterbacks, trading up is not worth it. If you find the quarterback you want — go up and get him. That’s clearly what the 49ers are planning to do here.

This was as crippling of a trade on a franchise as we’ve seen in recent history, especially given the amount of money the Texans have had to pay Tunsil on top of the massive draft-pick package it took to acquire him.

Adding Tunsil to the roster is probably one of the only things Deshaun Watson did like during the Bill O’Brien and now the Cal McNair era in Houston, but it was a trade that hamstrung the team from building on its 2019 peak.

According to ESPN Ravens beat writer Jamison Hensley, Baltimore was ready to pick Tunsil at No. 6 overall in the 2016 draft had the bong video never surfaced. Instead, they picked Ronnie Stanley, who was a first team All-Pro in 2019 and signed a contract with Baltimore that included what is still the highest fully-guaranteed-at-signing figure ($64.1 million) among all offensive tackles in the NFL.

Two picks later, the Titans traded up for offensive tackle Jack Conklin with Tunsil on the board. While Tennessee’s ascension to get Conklin hints that franchise wanted him most. However, there’s never been a substantial report outlining how then first-year GM Jon Robinson felt about Tunsil after the video was released.

The Tunsil draft-night slide in 2016 also impacted the Packers and the future of their quarterback position. Late in Round 1 last April, Green Bay traded up with the Dolphins to No. 26 overall to pick Jordan Love. That selection was initially set to be the Texans’ pick but was moved to Miami in the Tunsil trade.