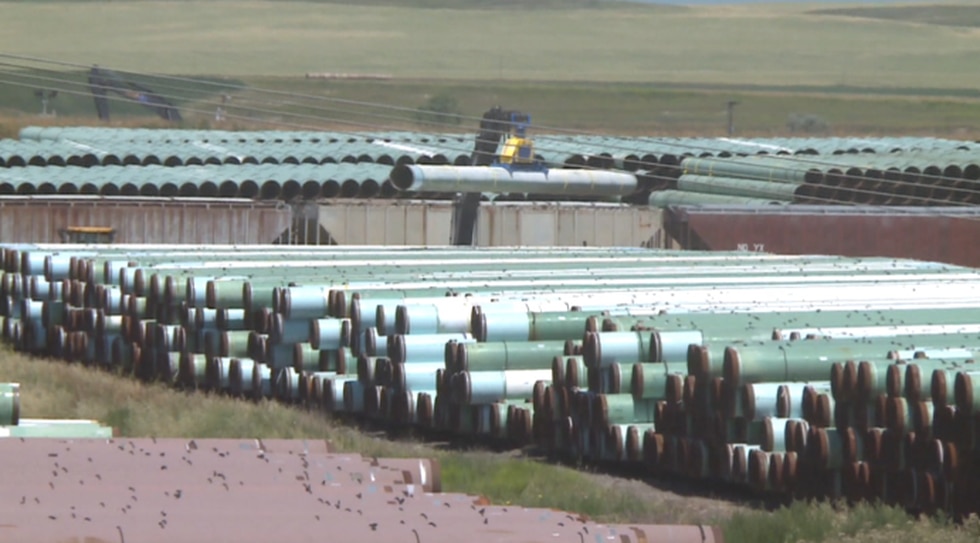 Calgary-based TC Energy announced it will be suing the United States Government for 15 billion dollars after the pipeline shutdown.

As the new fight begins, lawmakers are gearing up for a public fight with public dollars.

After years of fighting, the company operating Keystone abandoned its efforts and the pipeline itself.

But now the company that helped build the pipeline wants compensation, and it’s going after the United States government for it.

The country is no stranger to debates over pipelines, but this debate is moving to the courtroom.

Industry leaders are saying this will be one to keep their eyes on.

“They put years and years and probably tens or hundreds of millions of dollars into that project, and basically, through no fault of their own, it was rejected and stopped. So it’ll be interesting to see how this comes out,” said North Dakota Petroleum President Ron Ness.

All members of North Dakota’s delegation agreed the company wasn’t left with many other options. Adding there are concerns with what this will do to America’s place as a buyer on the global stage.

“We have such a good relationship with them. Obviously, this helps, but I’m hopeful that won’t stress that. Combined with the border closing right now. We need our friends back,” said Rep. Kelly Armstrong, R-N.D.

During an interview with Your News Leader, Sen. Kevin Cramer, R-N.D., said part of the problem is the back-and-forth in policies a new administration brings.

“Partnerships are done best when you have a reliable partner. When the United States proves to be an unreliable partner, I think it could have a lot of ramifications beyond just the Keystone XL pipeline,” Cramer said.

According to TC Energy, the United States isn’t holding up its end of a trade deal with Canada.

Some in the delegation are thinking about the role this could play in future deals.

“We should be working with our neighbor and ally Canada to strengthen North American energy security, rather than relying on oil from less stable parts of the world,” Sen. John Hoeven, R-N.D., said.

There are concerns with what this will do to America’s place as a buyer on the global stage.

Less oil from Canada would force the U.S. to buy oil from more distant countries, which would make shipping less efficient.

Industry leaders say they don’t expect this kind of case to cause market instability, and then cause price fluctuations.

But this may impact whether other countries are willing to work with the United States.