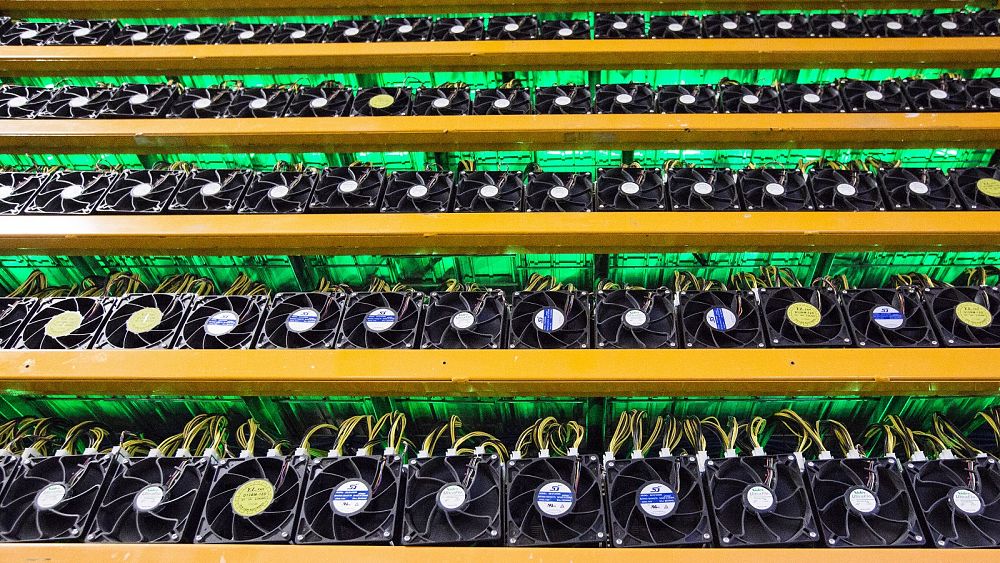 Could this be the year that cryptocurrencies become mainstream? It certainly looks that way as a number of cryptos take off in value, reaching record highs across the board.

But it’s also hard to keep up with the sheer volume of cryptocurrencies being launched, with more than 5,000 estimated to be in circulation at the time of publication.

Despite their progress, the likes of Bitcoin and its ilk continue to be seen as risky investments due to their volatility though perceptions are changing. Their recent success has also brought increased scrutiny, particularly over energy-hungry practices such as mining.

But there is one cryptocurrency that is starting to make waves for more positive reasons – Chia.

Having officially begun trading last week, Chia is trying to do things differently. For one thing, it is being branded as the “green” cryptocurrency but what makes it eco-friendly and how does it differ from other cryptos?

How is Chia different from Bitcoin?

As the original – and to date, highest valued – cryptocurrency, Bitcoin has set the standard for the altcoins that have followed in its wake.

In this respect, many cryptos use a practice first adopted by Bitcoin to create new tokens called “mining”. Known as a “proof of work” system, mining requires the use of computers to solve complex mathematical puzzles in order to unlock new Bitcoin tokens.

This is the first major difference with Chia, the latter using what is called a “proof of space and time” system instead. What does that entail? To “farm” Chia, you need a large amount of empty hard discs to house “plots” which are then awarded a number of blocks based on available space.

Chia’s creator Bram Cohen, the man who founded the file-sharing platform BitTorrent, believes this method is more reliable, secure, and greener than how cryptos like Bitcoin operate.

It’s this claim about it being more environmentally friendly that is particularly attracting attention.

How green are Chia’s credentials?

The process of mining requires both rigs – made up of specialist computer processors – and access to large amounts of energy.

Bitcoin’s surge in popularity has meant that home miners have been unable to match the output of large-scale mining operations, particularly when it comes to prohibitive energy bills.

As well as pricing out small-scale traders, the colossal consumption of energy required by mining is having an indelible impact on the planet.

Bitcoin investors are keen to point out that the crypto is increasingly relying on more renewable sources of energy but due to the cost of electricity involved, the concentration of mines often moves around the global chasing lower energy prices.

More often than not, cheaper sources of electricity are more likely than not generated by coal-fired power plants rather than wind turbines.

In China, where the majority of the world’s Bitcoin mines are located, the process will create as many carbon emissions in a year as Italy and Saudi Arabia combined by 2024, as well as reports last month of localised power outages.

Given it doesn’t use mining, Chia has been praised for potentially opening up a new cost-effective avenue for home users as well as providing a more environmentally sound alternative to energy-intensive Bitcoin.

On the face of it at least, Chia is living up to its green credentials in that it doesn’t need to use up high volumes of electricity. However, the means by which Chia farmers mint new tokens is not without its critics – or an environmental cost.

Why is Chia being criticised?

Even before its launch on trading platforms at the start of May, Chia had already courted controversy after its early success caused a run on hard drives.

The surge in demand has already caused a shortage and pushed prices sky-high in China and other parts of Asia. Since the launch of Chia was first announced in February, prices for 12-terabyte drives have soared by 59 per cent in China alone, according to the South China Morning Post.

The reason for the increased demand is not just the sudden popularity of a newly-launched cryptocurrency, although this explains it in large part. It is also fuelled by the fact that Chia farming is incredibly wasteful when it comes to the required hardware.

According to recent reports from China, continuous Chia farming is resulting in the shelf life of a 512GB hard drive, for example, being reduced to just 40 days rather than a usual lifespan of around a decade.

The result is the voiding of all warranty on the hard drives used and the potential for vast mountains of discarded, unusable electronics. E-waste is an ever-growing hazard as consumers are quicker to consign their electronic devices to landfills in order to upgrade to newer models.

E-waste tends to contain toxic components, such as heavy metals like lead and lithium, which if disposed of improperly, risk contaminating the environment and posing a human health risk.

For the time being, low energy costs are incentive enough to keep Chia’s star in the ascent but the true environmental impact this “green” crypto will have is still uncertain.