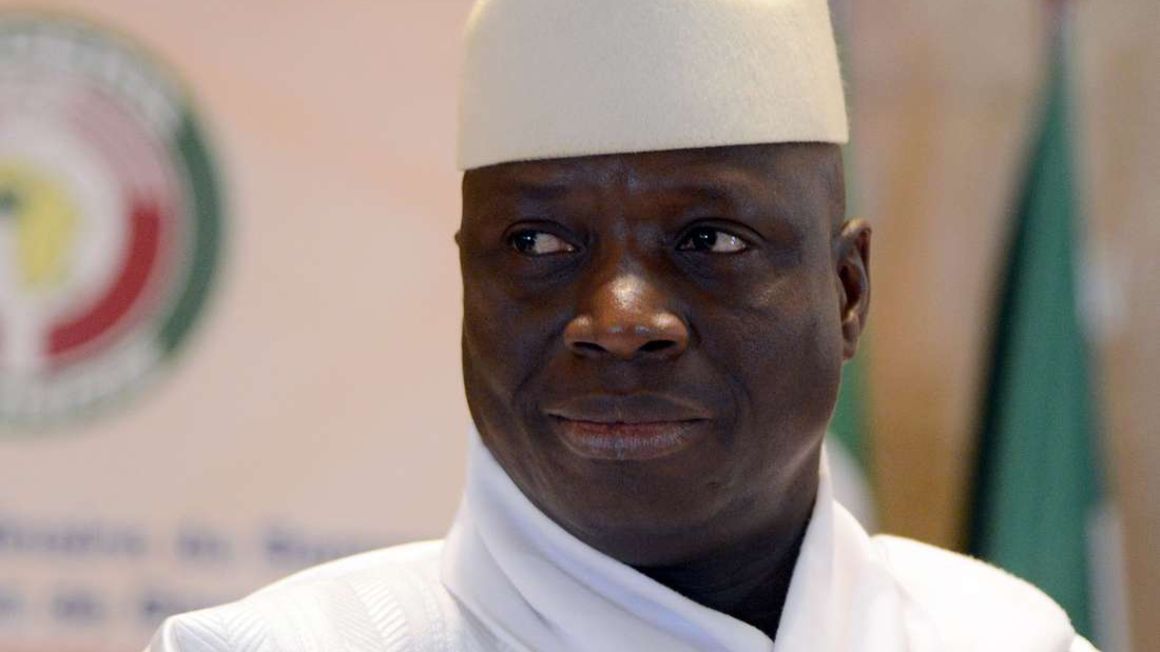 The imminent return of former Gambian strongman, Yahya Jammeh, is dividing the public in the smallest country within mainland Africa.

Jammeh, who was forced into exile in Equatorial Guinea in 2017, might return under an ‘amnesty’ arrangement in a coalition deal reached between the ruling National People’s Party (NPP) and the opposition Alliance for Patriotic Reorientation and Construction (APRC).

The coalition deal that was announced by President Adama Barrow effectively signalled a ‘handshake’ moment in the Gambia, bringing erstwhile rivals into new cooperation.

However, the developments have caused ripples within Mr Barrows’ setup. His top advisor for strategic communications Fatou Jaw Manneh quit her job in the wake of the announcement. Ms Manneh had lived in exile during Jammeh’s rule for fear of persecution for her activism.

Mr Jammeh, who was known by many titles including Dr, Prof, Sheikh and al-Haj, left behind a trail of atrocities that may now go unpunished.

Since President Barrow, who defeated Jammeh before the latter fled the country, announced the deal, there has been both celebration and uproar. Human rights campaigners say it amounts to betrayal of the victims of Jammeh’s 22-year rule.

Mr Jammeh is wanted for human rights violations during his 22-year reign.

The alliance was confirmed by Jammeh’s party Alliance For Patriotic Reorientation and Construction (APRC) party.

“We have formed an alliance of political parties with the National People’s Party (NPP),” Fabakary Tombong Jatta, APRC’s interim leader, told a meeting of party supporters on Saturday.

“We are convinced that the two parties have come together in the best interest of the Gambia and for speedy reconciliation,” he added, noting that the deal was contained in a MoU signed earlier on September 2.

According to Mr Jatta, it was agreed that APRC will be part of the next government together with Barrow’s NPP, after the forthcoming elections slated for December 4. He also indicated a plan to facilitate the eventual return of their leader.

The announcement ended months of speculation about talks between the two parties, ahead of the first election since the disputed poll that saw the end of Jammeh’s rule in 2016.

The coalition that masterminded Jammeh’s downfall has since disintegrated, leading Barrow to form the NPP after ditching his old party for his desire to stay in power against the spirit of a MoU that required him to step down after one term.

Jammeh, a former military head of state, first came to power in a bloodless coup in 1994. He went on to contest elections and won on four occasions.

After conceding defeat in the 2016 election, Jammeh backtracked, citing electoral irregularities. Weeks later, he was forced to board a plane as instructed by the regional grouping, ECOWAS, which had threatened military action.

He left the country as part of a deal brokered by the now deposed former Guinean President Alpha Conde, who was then chairman of the African Union.

The recently concluded Truth, Reconciliation and Reparation Commission (TRRC) hearing unearthed many of those crimes.

Critics, including the political opposition and human rights groups, are concerned that the alliance between the APRC and the NPP will kill the spirit of the TRRC and deny victims their right to justice.

The Gambia Victims Center, an umbrella body collectively seeking justice for the victims of Jammeh’s rule, described the news about alliance as “utterly shocking and deplorable.”

“The Victim Center and the community of victims of the former regime of the APRC see this alliance as outrageous and unpatriotic. Therefore, we expect all Gambians, regardless of party affiliation, to express their disappointment,” the group said in a statement.

The development followed the publication of the latest Afrobarometer survey, which showed that the majority of Gambians wanted the former Gambian leader extradited to face charges for his alleged crimes.

Six in 10 Gambians (61 percent) say the government should seek the extradition of Jammeh, the survey shows, indicating a 10 percent point increase from a previous survey in 2018.